Northeastern US Road Trip Part 4 of 6 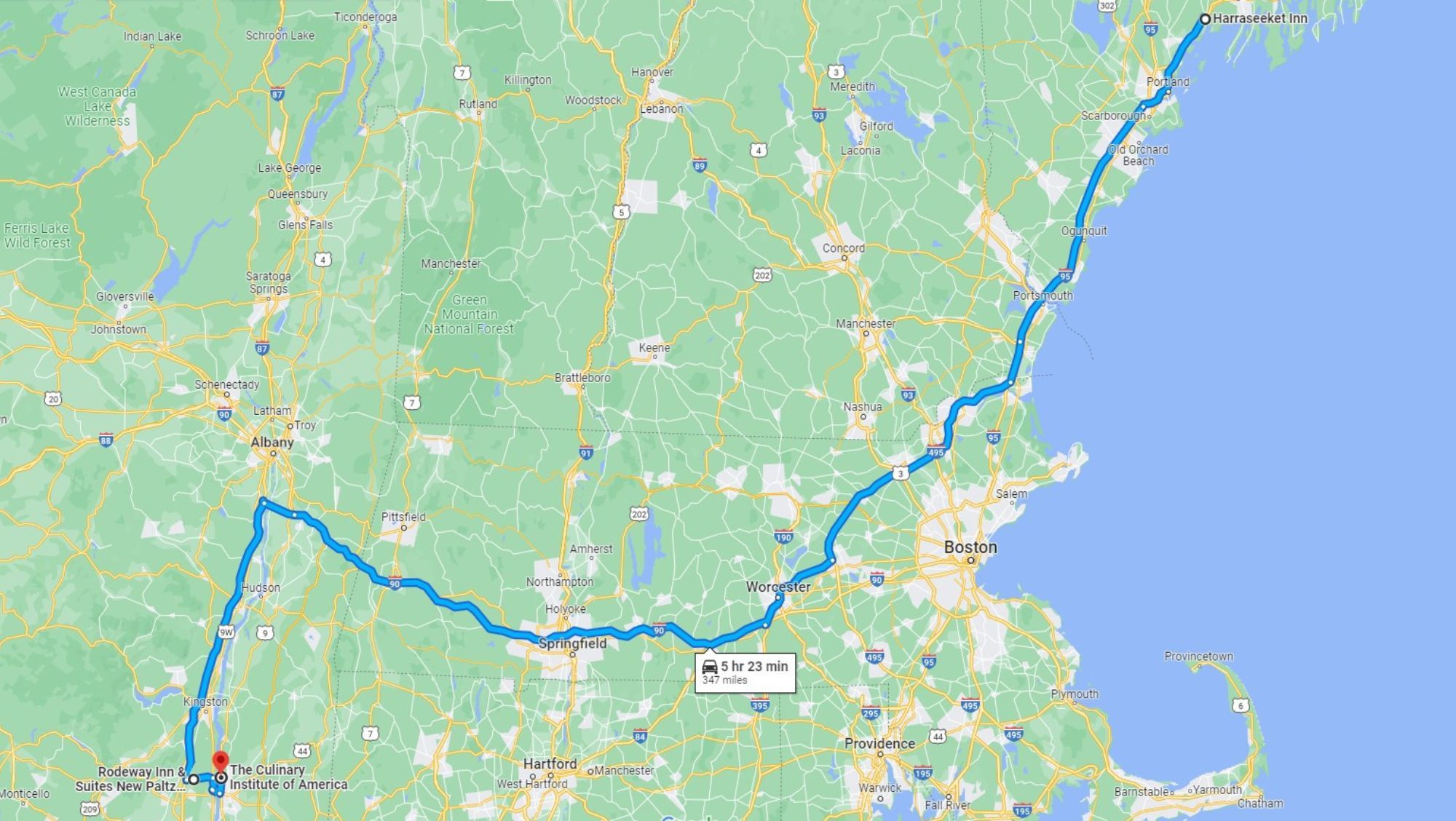 At this point in the trip, I was really excited to be heading back into New York. The food there is better, the scenery is better, the gas stations are better (in that they had more Speedways for me to loot, and by loot, I mean to find things I didn’t really need but I totally wanted and I bought them or I left them and I regretted not buying them later), and there’s just more to do.

I’ll be honest, this part of the trip didn’t start out the greatest, despite us heading for New York. I mean, I thought it was going well! We had a large buffet breakfast with plenty of tasty options, plus that pan of bacon. I mean, who can resist the pan of bacon? After that, we left for our next destination in New Paltz, New York.

That’s when I started to despair. At some point, everything looked familiar. It was déjà vu as I started looking around at the scenery. Turns out, our one-hour drive from the previous day to the new hotel location was being repeated, but in reverse. We did not plan that part well. It was literally the same drive, but in reverse. Not fun.

Though, at some point, we drove past that (and our hotel from before) and we enjoyed some new scenery. 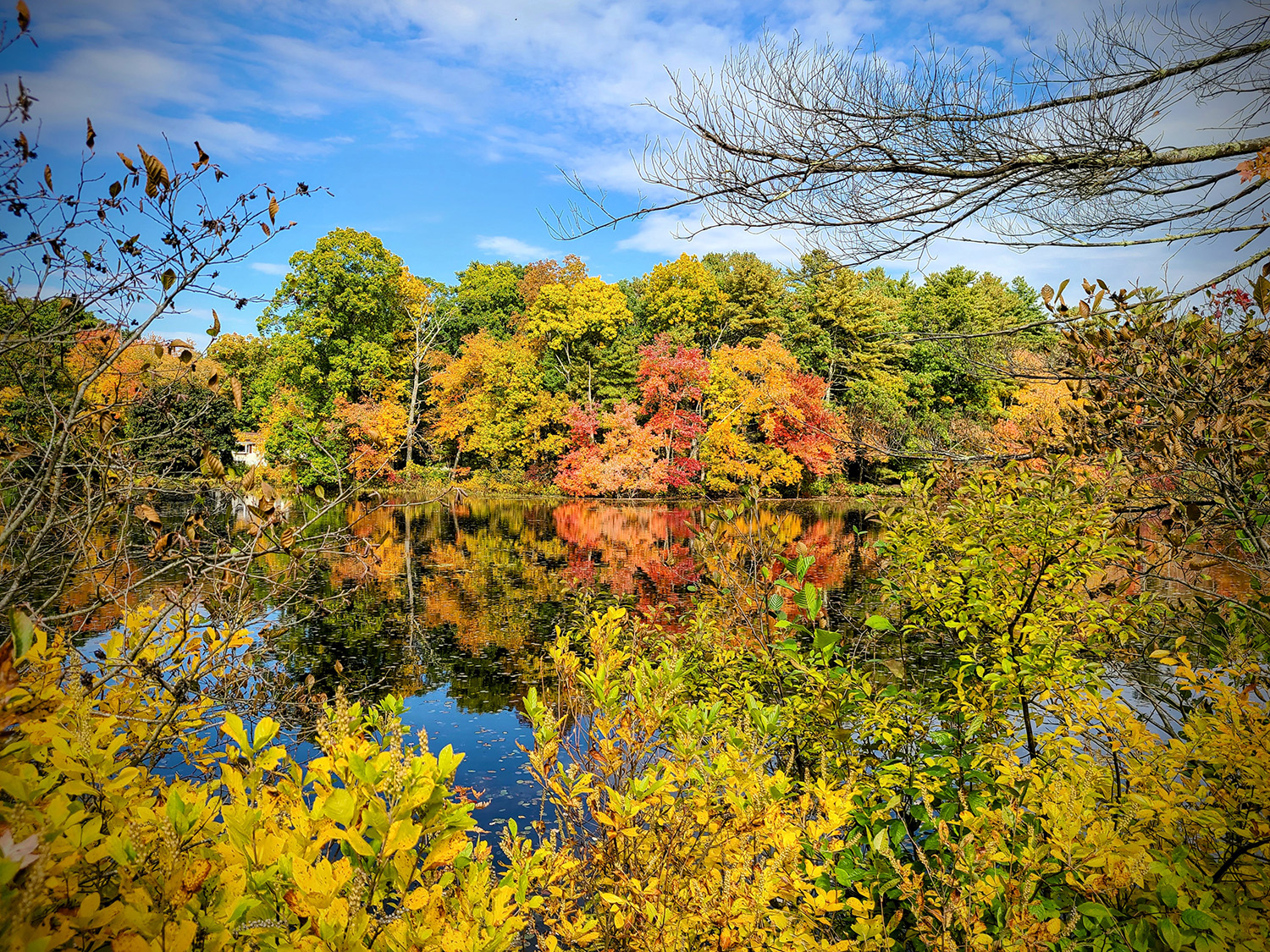 The food in New York

On our second day, we ventured out for a TikTok food item (I’m referring to Nick’s list of places to eat at based on things he saw on the app). This was my first ever experience with delicious, authentic Italian sandwiches. I had heard of bread that crackles when you hold it up to your ear, and this bread did just that, and I didn’t even have to listen for it! I just ate an amazingly delicious sandwich. It was something with meatballs (see picture below). I’m not sure I would get the meatball one again as there are so many other fantastic sandwiches and paninis to try, but that bread… So good! 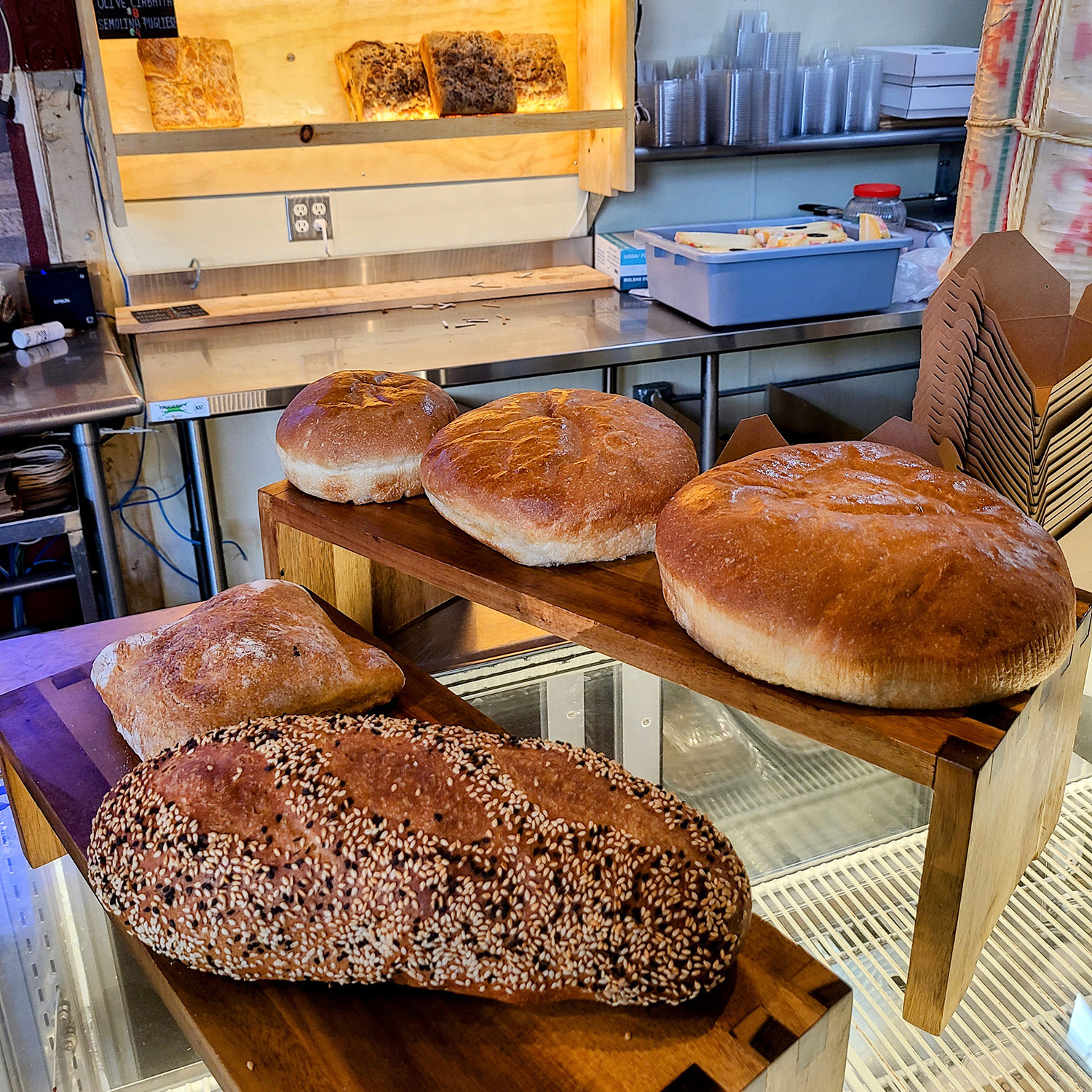 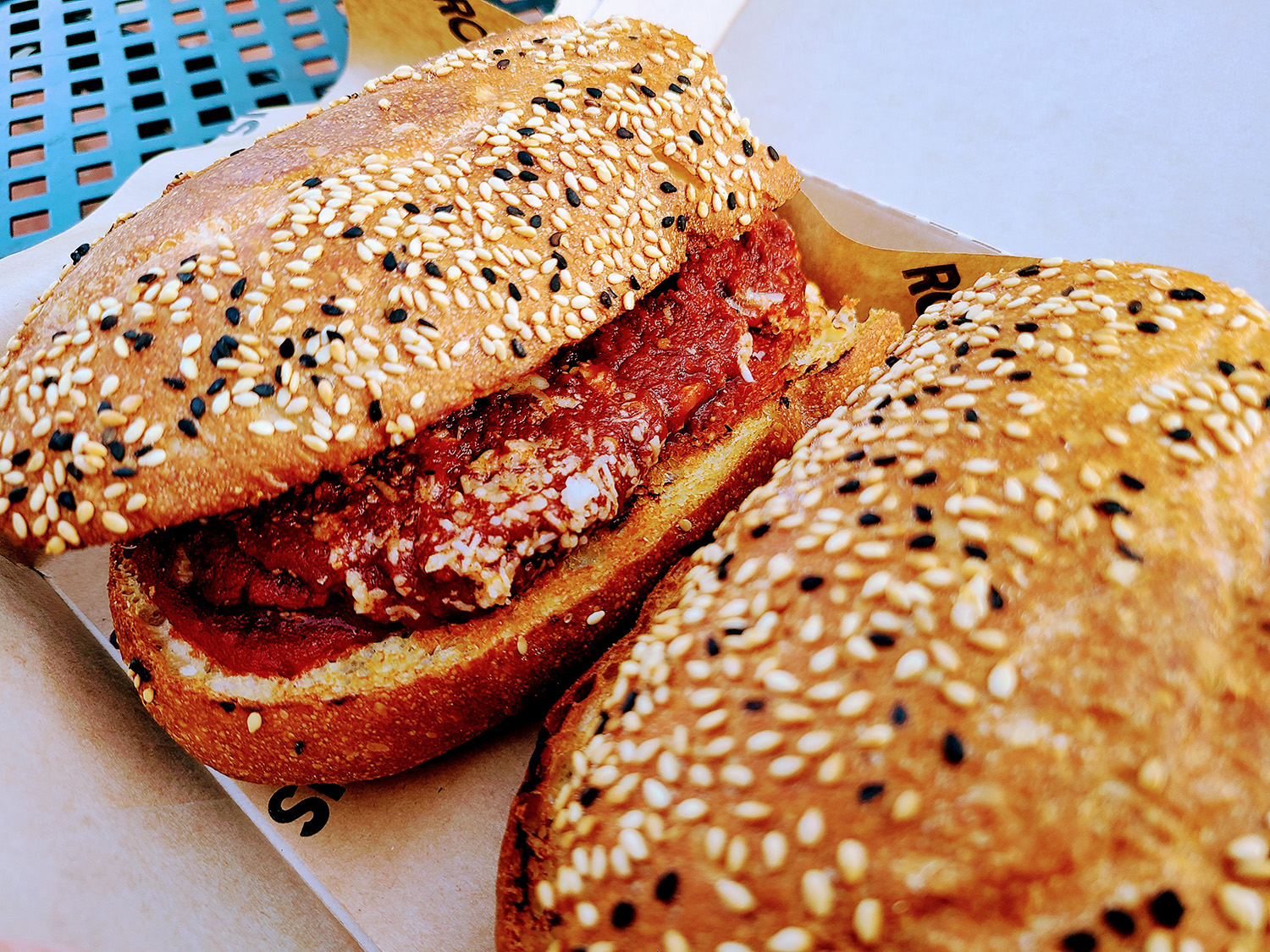 You may be thinking of the wrong CIA here, but that’s alright. This one is just as famous in the cooking world. I’m talking about the Culinary Institute of America. My husband and I had already wanted to go here for some delicious noms, but when we discovered my nephew, Logan, goes here for school, we decided he needed a visit. 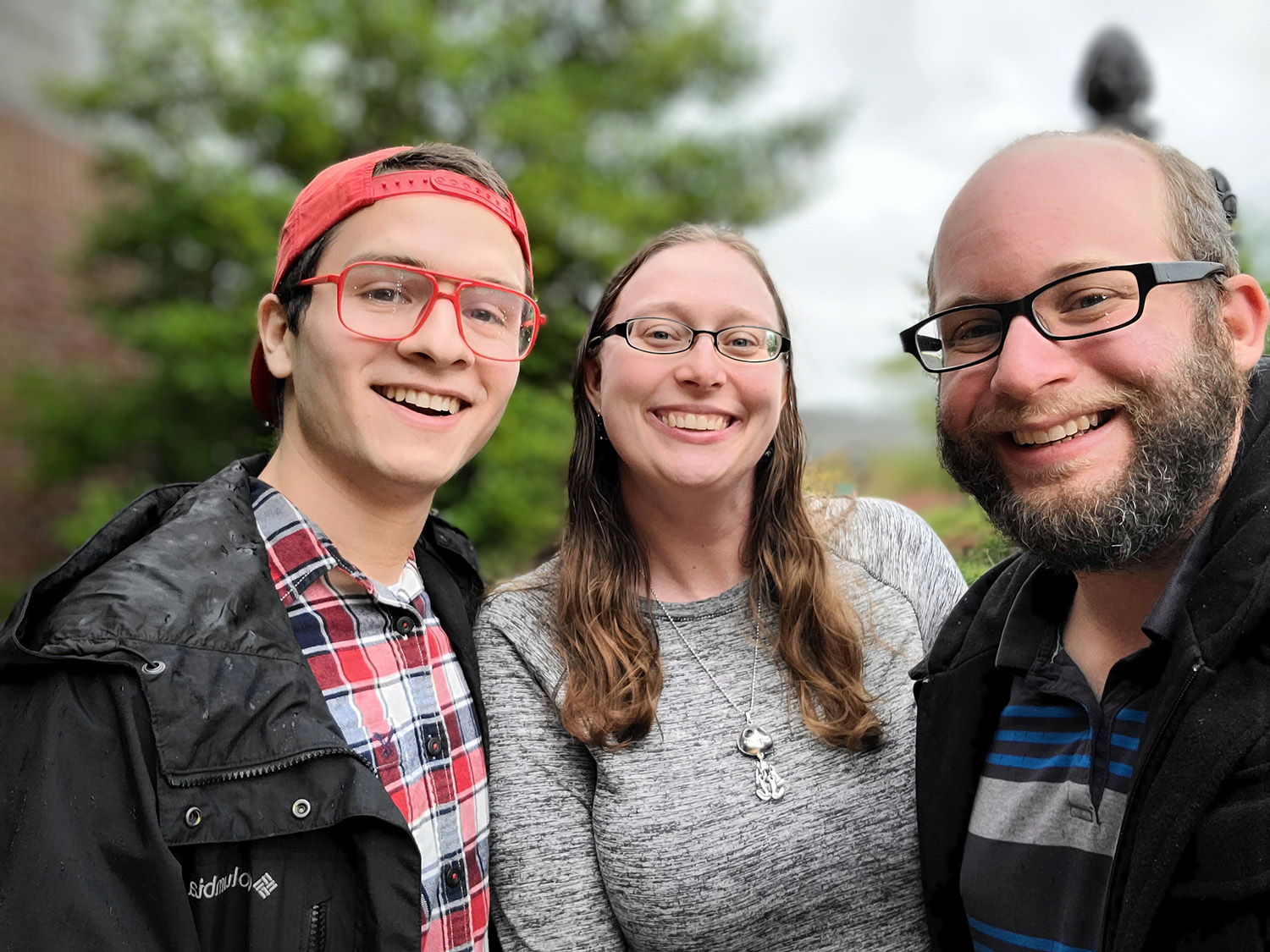 So, on the fourth and final day in this location, that’s exactly what we did! Logan was amazing, of course! He gave us an amazing tour and helped pick out some sweets from the Apple Pie Bakery Cafe. 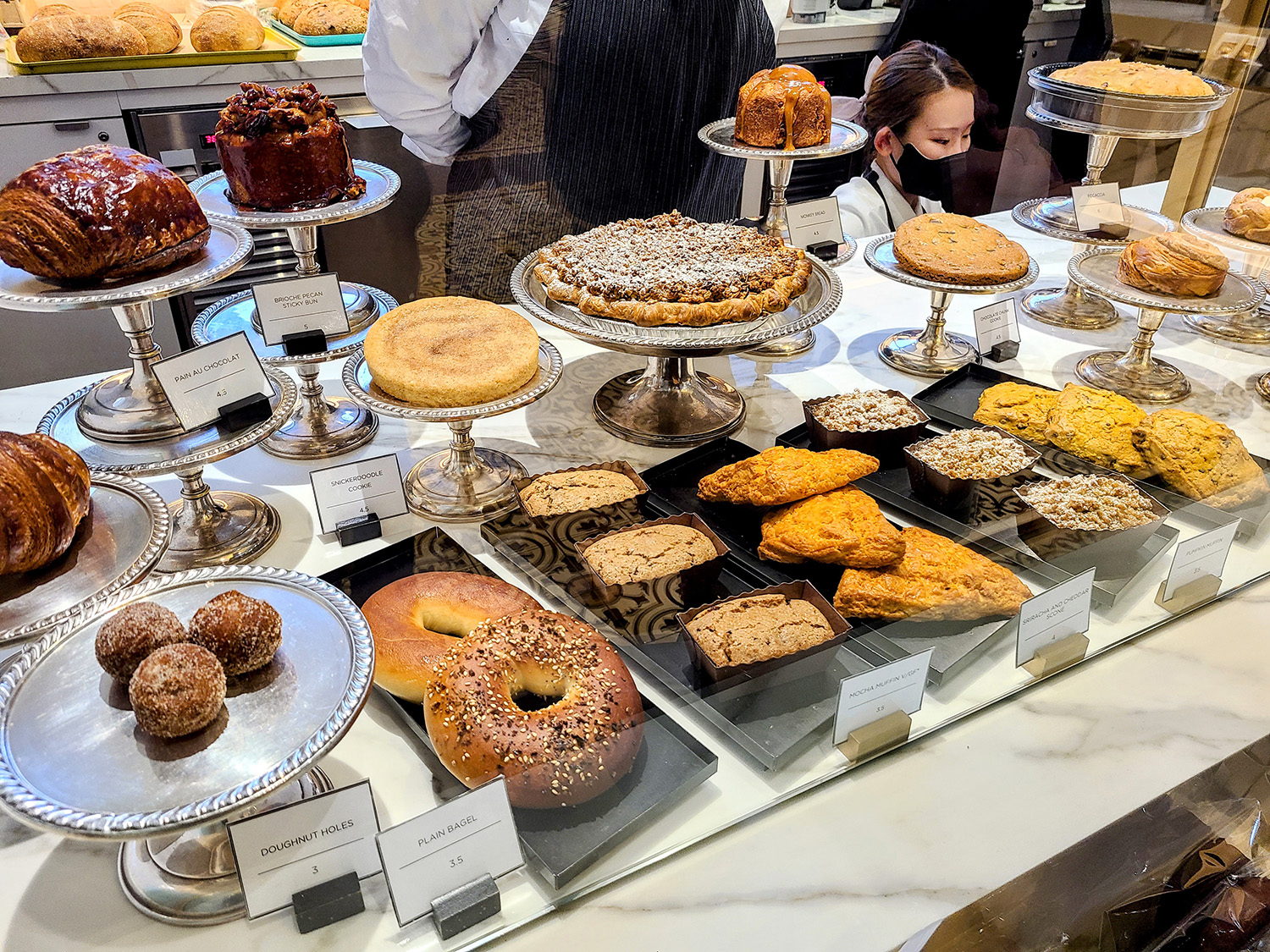 We had drinks, a cookie (a very large snickerdoodle), and a proper apple cider donut. After taking a tour of the building, we circled back around to pick up lunch from the same cafe. 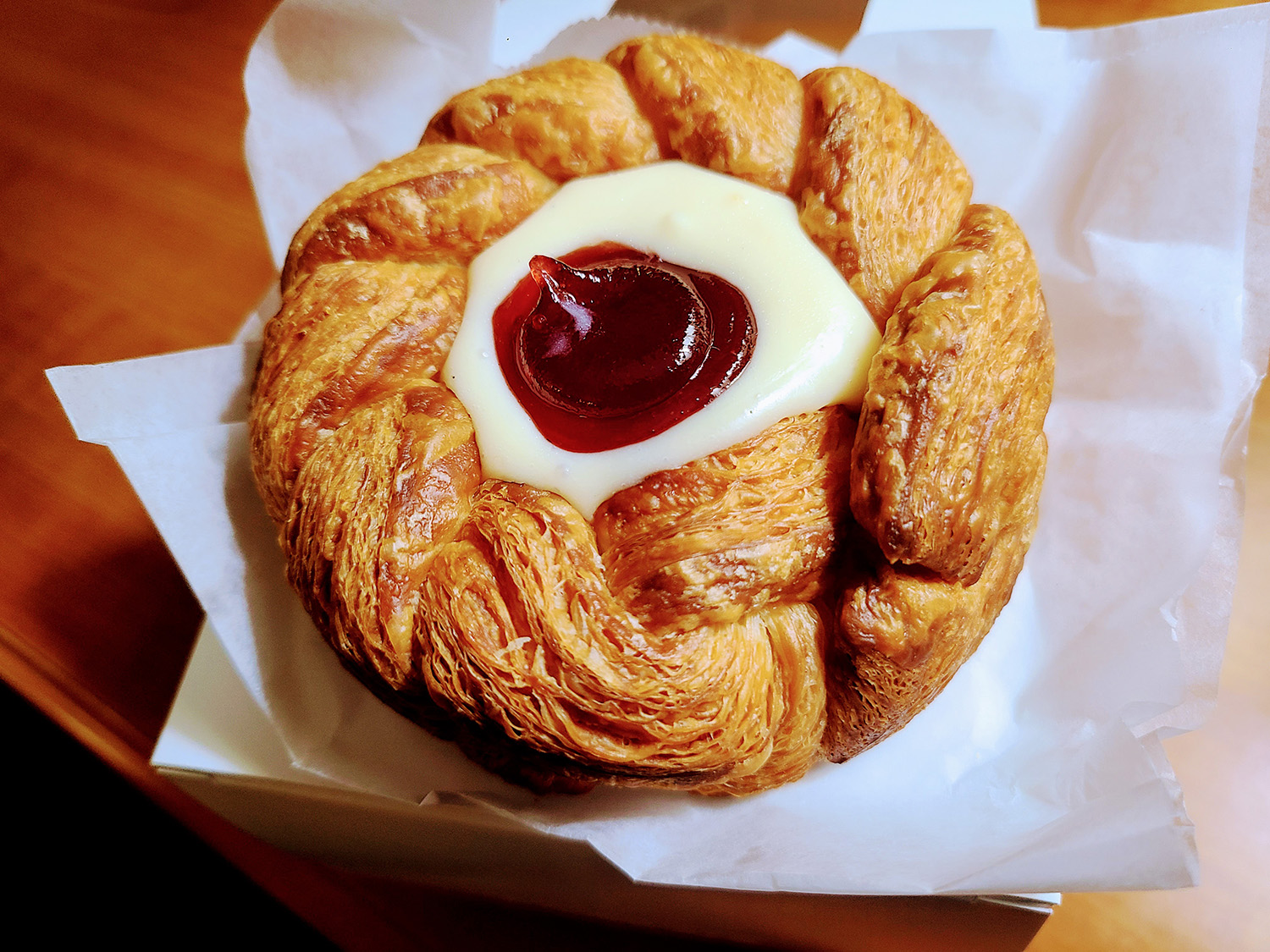 Seriously, no regrets here! It was the best sandwich I have ever had. It was a grilled cheese with ham, onions (some sort of beer was involved with that), and a cheese I wasn’t familiar with. I don’t like beer (alcoholic or cooked down), and I don’t like ham. But this sandwich was amazing. Before you question if hunger was an issue. It wasn’t. I had definitely eaten too much for breakfast, so by lunch I was only so-so hungry. The sandwich was so good, I almost ate it all, but I managed to leave half for my husband, if only because he deserved to try how amazingly good it was. Oh, and because I wasn’t hungry, I left it in the heat wrapper it came in, which usually does a number on food, in terms of making things less fresh or tasty. No issues here! I’d go back just for that sandwich alone.

After that, we did a much grander tour of the campus. There were so many cooking classes, and as you may be able to guess, there were restaurants that served what the students made. Sadly, we didn’t have the time to stay and enjoy the wide range of food here. Still, it was so fun seeing into the culinary world. 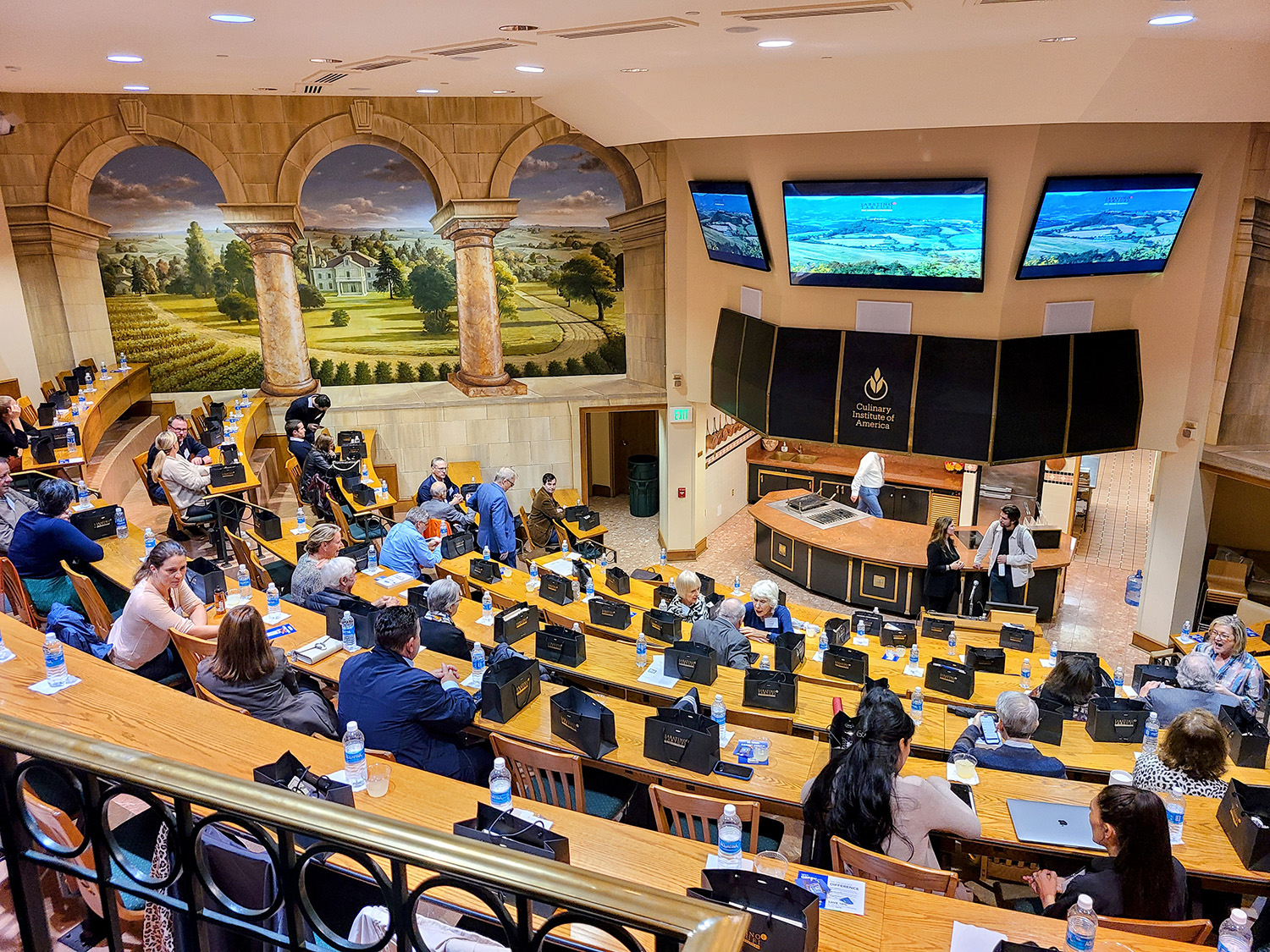 Unsurprising, pigs were replaced with loyal, obedient doggos. In particular, labs make for great truffle hunters because they’re obedient and they don’t often break the outside of the truffle. But, did you know one of the top three truffle hunting breeds is the Lagotto Romagnolo. Try saying that three times fast! That lecturer rattled the name off like it was no big deal, but it stuck with me because I just had to know what the heck that dog looked like!

The not so great news

My therapy really came in handy for this one! On our very first night in the hotel room at our new location, there was an earwig crawling on my pillow. It took five minutes to find it and destroy it, but by then I had a complete meltdown as childhood trauma kicked in. Nowhere felt safe. What made it worse was that it was late, and I was tired. Changing hotels wasn’t really an option, and even if it was, that would have been expensive and tiring. It really sucked, but after a good cry, my emotions started to settle, and I was able to do an exercise that made me feel safe again. I flipped the pillow over, and I went to bed without another thought of bugs in my bed.

The much better news

It wasn’t all food! I had plenty of time to enjoy Valheim on the laptop and to do some work. When it comes to crafting or exploring, there’s nothing quite like a Viking game!

Speedways were so much more abundant! Although I still couldn’t find the unicorn or palm tree inflatable koozie, I did find plenty of ice cream, snacks, meals, and drinks. Oh, and they had the koozies from before, so that was a good sign! With only two parts of the trip left, I was certain I would get that unicorn!

This adventure is far from over!

There will be more Speedways, more food, more gaming, and more adventures! In fact, the next part has more surprise family members joining us on our journey.