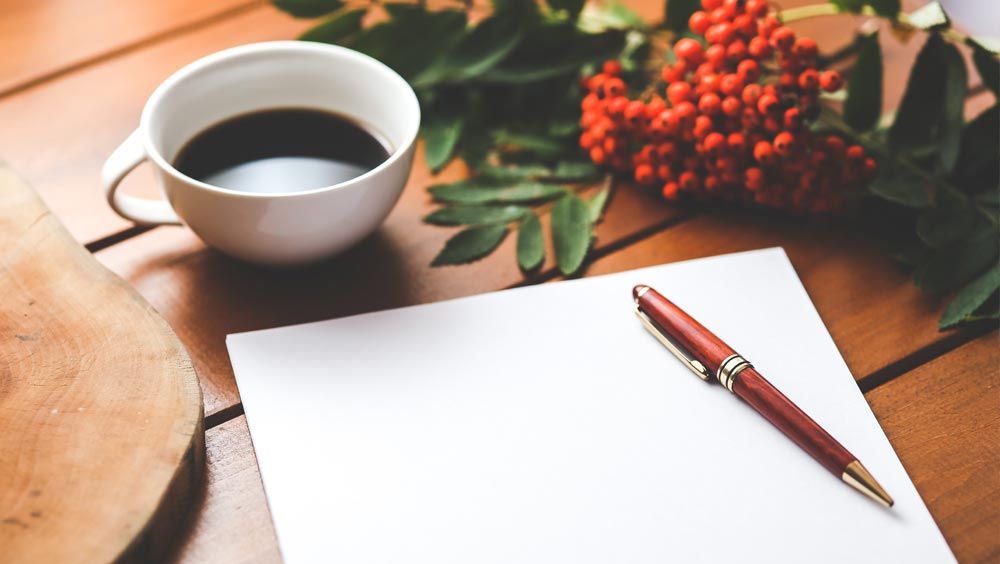 I don’t know how to begin this discussion. This topic has been on my mind for a very long time, longer than the current discussion about it has been going on. I’m talking about creating a new word regarding non-binary people and “they.”

Let me first begin with “they.” The current definition of the word is two-fold. One, it refers to two or more people or things previously mentioned or easily identified. The second meaning of the word is used to refer to a person of unspecified gender.

I’m going to be honest here, I have had trouble accepting the singular form of “they” when referring to an individual. While the example above works, there are times where the situation described in writing is too vague, thus making it difficult to tell who is doing what action.

Here’s a rough example of what I mean. (This next bit is heavily influenced by D&D.)

A group of adventurers stood beside a large table. Each one pulled out their weapon and showed it off by placing it on the table. In walked a necromancer. As the necromancer stood beside the table, an animated corpse appeared by their side. With a great clamor, they were added to the pile of weapons.

In this example, it isn’t entirely clear who “they” is referring to. Here’s what I mean:

My point is that using “they” isn’t always clear. It has too many meanings. Before I get to a solution, I want to point out that “they” is also now being used for non-binary people. These are individuals who identify as having two or more genders, having no gender, move between genders / have a fluctuating gender identity, or are third gender or other-gendered.

You may be wondering why I would bring up non-binary people. After all, the word “they” is already used to describe an individual whose gender is unknown, being concealed, isn’t relevant, etc. The reason I find including this important is because, as a writer, I am thinking about how to go about telling a story with someone who is non-binary. It is difficult because “they” is a frequently used word. A scene with multiple people and a non-binary person can be difficult to write, particularly if the group decides to do an activity together. It gets worse if objects become involved. Let me give an example of what I mean.

A group of friends went into a restaurant. Two of them ordered a water while they ordered a milkshake and someone else ordered a soda. Then they looked at their menus. While they tried to decide what to order, the waiter came by.

You can probably follow the story up to the final sentence. Is the final sentence saying that the non-binary person was the only one who hadn’t decided what to order, or was the sentence saying the whole group was uncertain on what to order? Now imagine a whole story with uncertain scenes. Or imagine a story where the text is bogged down with specific names or descriptors to prevent confusion.

A group of friends went into a restaurant. The two girls ordered a water while they ordered a milkshake and the boy ordered a soda. Then the whole group looked at their menus. While the one specific friend tried to decide what to order, the waiter came by.

Finally, I come to the issue. “They” has too many similar ways in which it can be used and can cause unclear or frustrating writing. What I propose is that a new word be created, one that takes over for Meaning Two – the singular unspecified gender.

Lastly, I do want to point out one other thing. Some non-binary people do identify as ze, sie, hir, co, and ey. While this is great for writing and lets the reader know more about a specific character, it doesn’t always work as “they” is still the primary pronoun used.

Here is what I’ve come up with for discussion: Inai, which would stand for Individual Not An It. While acronyms aren’t necessarily the best way to go, it’s at least a start. Below is an English pronoun chart with the inai, ze, sie, hir, co, and ey added to it. Again, this is to spark a discussion with the hopeful outcome being new words added to the dictionary. Not only will this help writers be clearer and more concise in their writing, but it will also help the non-binary community to be more clearly understood and heard. At least, that is my hope. Feel free to send me a message or leave me a comment with thoughts or ideas! 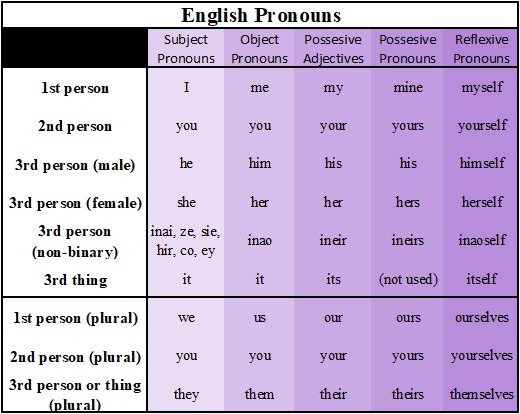