Can you write multiple books at the same time? 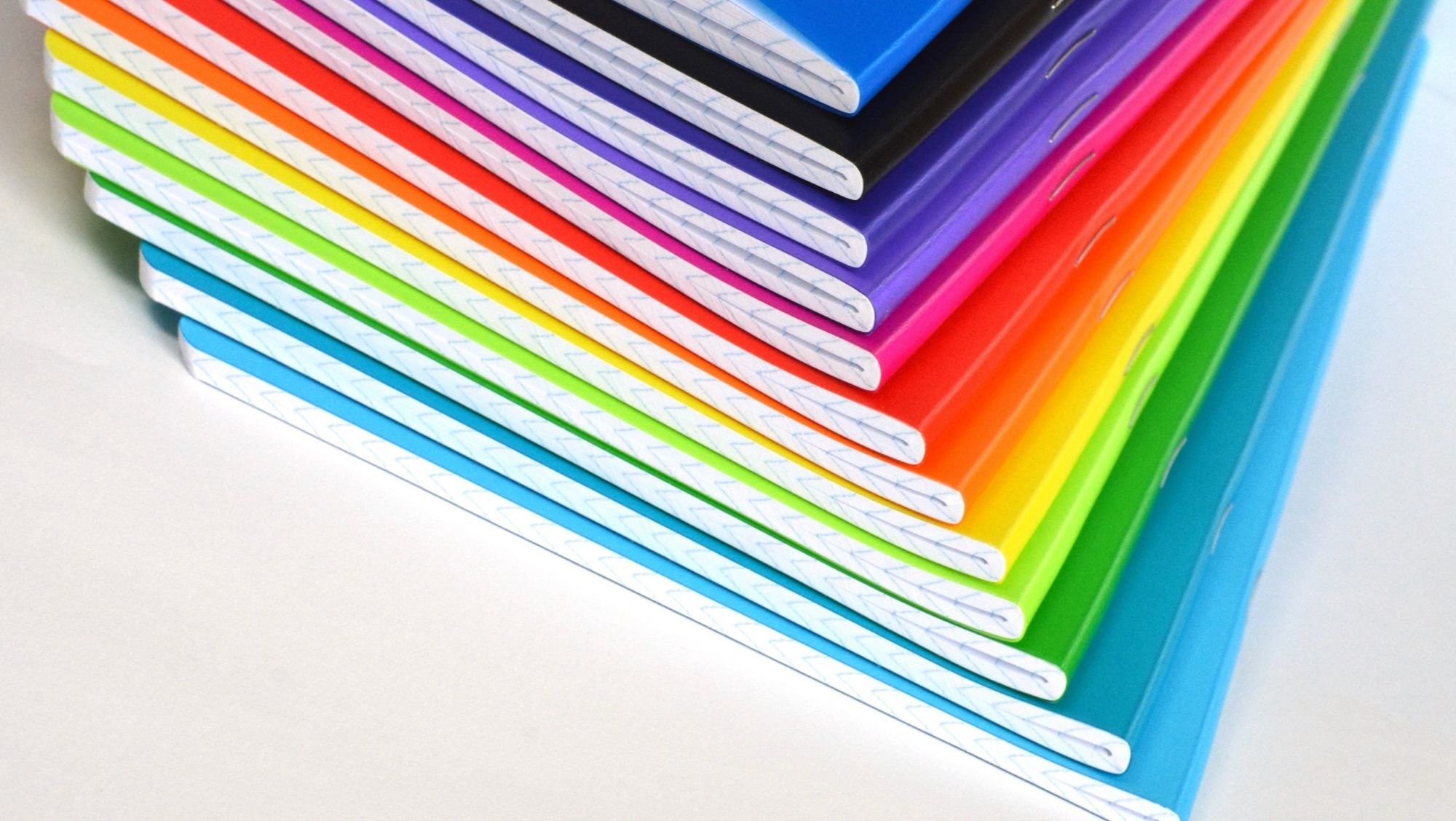 To put it simply, yes, I can work on editing and writing multiple books at the same time. Can you? That’s a question I can’t answer for you. I can, however, let you know what I do and how I manage it.

How many books or stories are you working on right now?

So, this is a little difficult for me to answer. I’m not going to count my published story Positivity Camp, simply because it’s a done project. My list does include its sequel, Perfection Oasis, however. Also, I will talk a bit about Sir Ryac and the Dark Mage, a story that is nearly published. By that, I mean I still have to devote time to it in order to have it properly finished and published.

Let’s see. These are the books and series that I have in progress right now, plus one short story: 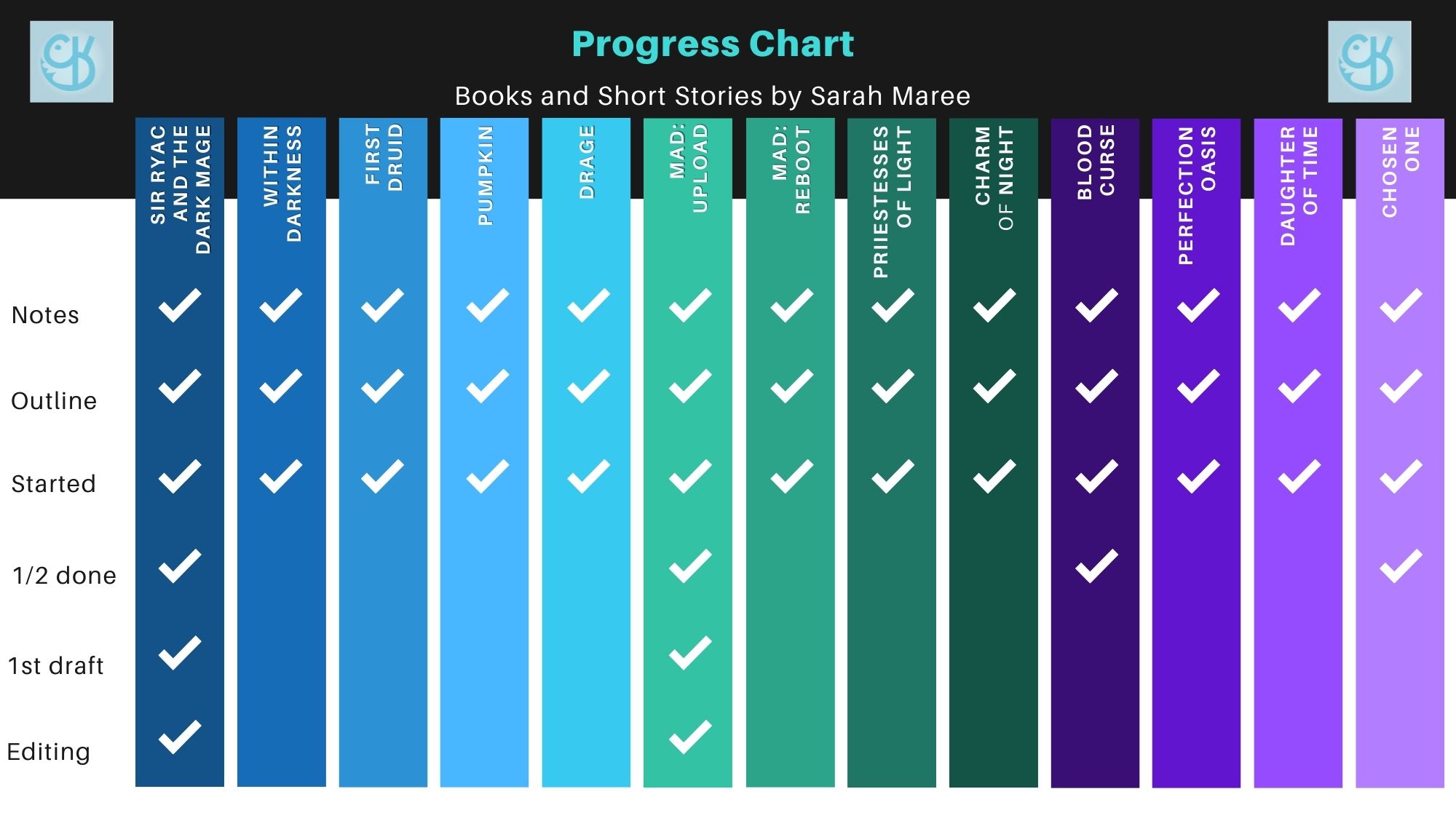 I don’t know how many projects others maneuver around, but here’s my list. I think I hit on everything, but it’s possible I missed a few short stories. The novels or novellas are accurate for what I have right now. Sadly, the series ones are…complicated. Since the later books in those series aren’t started, I don’t worry about them. What will be will be, or conversely, it won’t be.

How do you juggle writing multiple books at the same time?

I juggle it by prioritizing things. Once I finished MAD: Upload, I worked on the next project that I wanted to get done (the one I was excited most about). I only had four chapters done for Sir Ryac and the Dark Mage at that point, but I stuck with it, and now it’s nearly done.

As for the other works, I take breaks every now and then with the short stories. Sometimes, a previous novel will grab my attention for a day with demands from different characters. I humor them, write the notes or the chapter, and then I shift back to the main goal once the inspiration wears off.

Does planning multiple books work for you?

I wish I could say it works all the time, but life is messy. I’ve jumped series mid ship, as can be seen by the progress being ignored for the further along series. I still love them, and I still plan to finish what I started, but I can’t play the ‘Oh! Shiny new story!’ game forever. If I did, I’d end up with a much longer list and nothing to show for it, completion wise. The list, however, would be much more impressive, lol. That’s why I’ve switched to this new pattern, and since I made the switch, it’s worked.

Why not just work on what you feel motivated to work on?

I tried that. I honestly did. That’s how things got to this point. It’s why I have thirteen books on that list and only one published story (not counting the short stories on this blog and outside of it).

I used to do whatever I wanted. That also meant I wasn’t focusing. I take breaks, play video games, and enjoy life. There’s nothing wrong with that; however, this chaos led to me looking at my list and getting daunted by it. Which one did I choose? Where did I last leave off? Did I want to work on any story in particular? EEK!

Overwhelmed and unprepared with a plan, I stopped progress on any of the larger works all together. For myself, I can say that I need structure, a schedule, and a pattern to follow. Who knows, maybe I’ll change the formula some day and add a third or fourth book into the mix at different stages. Right now, though, this is what works for me, and I’ve successfully committed to it with Ryac and now Charm of Night.

The takeaway here would be to think about what works for you. That’s what I did to come this far. Hearing how others do things is great, but not all advice resonates. All we can do as writers is share what works for us in the hopes that it might resonate or inspire a writer or artist, even just one! Do what’s best for you, but don’t give up. Giving up is the sure-fire way to fail.

Keep enjoying, and keep creating. Until next time…