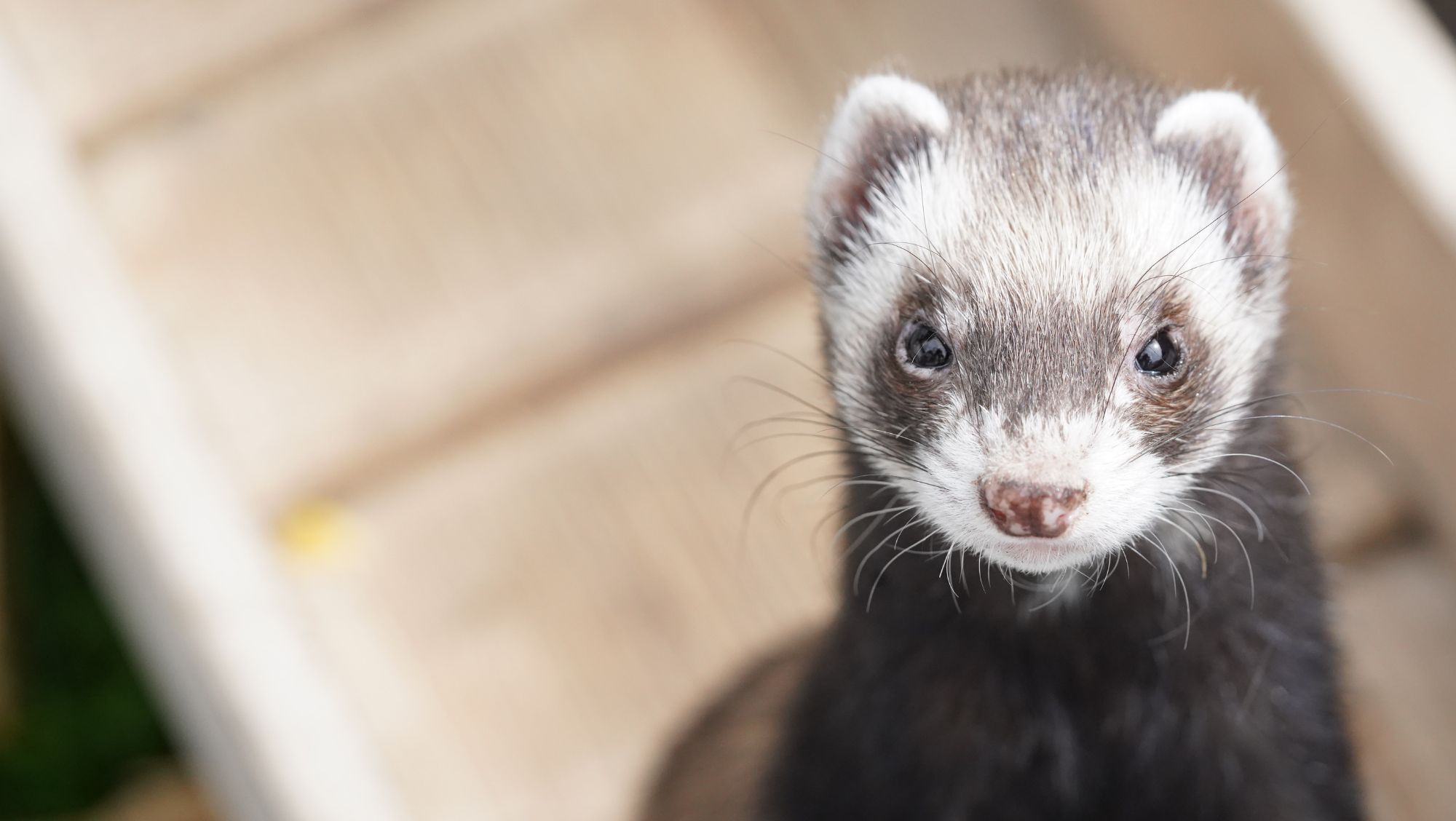 As we get closer to Halloween, I feel it is only appropriate that I share this brief tale. May your adventures be many and your inspiration be endless!

Back in 2014 or so, that same first year that we had the ferrets, I remember dressing up as a witch for Halloween. I didn't dress up for a party or for friends or anything like that. No, I did it so I could have a ferret familiar whenever a kiddo came to the door for candy.

Honestly, I didn't really have to try very hard to get a ferret to participate, just one. Tango came to the door on his own a few times, but he became bored and wandered off to nap. Teeka made her twitchy way to the door. As usual, her tenacious speed and spasmodic itching episodes resulted in her slamming into the glass door. After a few quick sniffs, she turned around, crawled under Erin, who had been shambling up after her, and then retreated under the couch while Erin tried to figure out what had just happened and what to do next.

Although Teeka was always a temptation for Erin, this time the opened front door with the now visible glass door beyond that, which let her see outside, intrigued her more than chasing after Teeka.

This was all well and good until it became clear Erin wasn't going to leave and that she'd make a break for the outdoors the second I opened the door for trick-or-treaters. She made many attempts until I tried putting her on my shoulder. That didn't work. She suicided off every time.

Oh, don't worry. I always caught her. They weren't always the most gracious of catches, but she was being ridiculous. Oh, and before you get all judgemental, just know that in order to train a ferret to stay on a shoulder, you have to let them fall hard. That's how they learn to stop leaping from stupid spots. You can learn more about my previous attempts here in my previous post about shoulder training a ferret.

Anyway, there we were, Erin in my arms, since my shoulder wasn’t safe, and a trick-or-treater at the door. I have never seen a child so happy in my life, and it wasn’t the candy she wanted.

“Daddy! Daddy! Look! The lady has a ferret! I want a ferret. I told you last year I wanted one. I still want one,” she said, her eyes riveted on the squirming, struggling Erin in my arms.

I hate to admit it, but I think both the child and Erin were on the same wavelength. Erin wanted to be where the little girl was, and the little girl wanted Erin, lol. Likewise, Erin was mine, and I wasn’t about to let the little girl have her. And the shock, jaw dropping look of the father, which rapidly turned to annoyance as it became clear “candy” was no longer on his little girl’s mind, told me he didn’t want an Erin.

“She’s my familiar,” I said proudly. The little girl got to pet Erin. As she did, Tango waddled up and walked out the front door. He didn’t get much further than a single paw on concrete before I scooped him up. Behind me, I heard several loud thumps as Teeka rushed out from under the couch and slammed into the ottoman as a scratching fit overcame her.

With all three ferrets vying for the freedom of an open door, I gave a gentle toss of Tango so he slid happily on the tile floor. By the time he made it to the carpet, Teeka plowed past him, but I had the candy in hand, tossed it in the trick-or-treat bag, snatched Erin, and had the door closed. Teeka, naturally, slammed into it and proceeded to scratch and turn around for a retreat back to the couch. Erin wanted to follow, but she and Tango kept waiting for the door to open.

My sigh was met with an equal sigh from the other side of the door as the dad helplessly led his still chatting daughter away. Ah, even now I can still hear that little girl excitedly continuing on about how much she wanted a ferret, and how if a lady like me could have one, then why couldn’t she? So much for candy, lol. That girl had a whole lot more joy from meeting Erin than she probably got from that silly bag full of sugar.