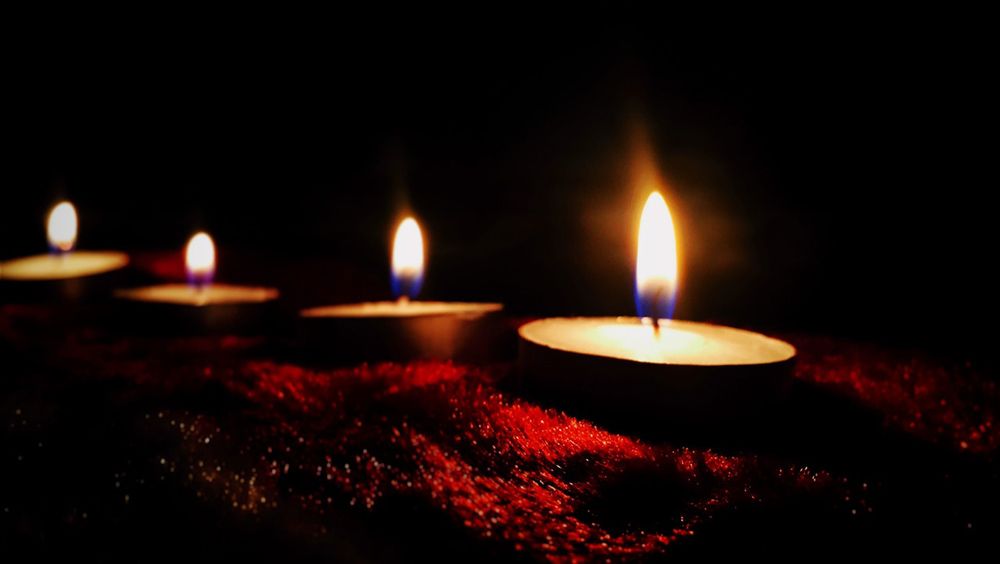 So, my family curse has finally struck me. I don’t know who was the jerk who did it, but I blame them for the migraines I now get whenever I eat chocolate.

In all seriousness though, it is a bit of a curse in the family. Once you get past your 20s, BAM! Chocolate gives you migraines. It happens later for some and earlier for others. Well, it’s happened to me, and now I’ve decided to give it a fun background story. It helps having someone fictitious to blame for, relatively, innocuous things.

Melinda finished off her tea and set the cup down. As she looked back up, her sister’s eyes remained as wide as ever, though her own likely still reflected the anger and outrage she felt.  Recalling the most recent question, she cleared her throat and did her best impression of the stuck-up prick who would have become her father-in-law.

“Hmph, much too fine for women!” Melinda said in a nasally tone, her nose tilted up, and with a flip of her smooth black hair, just as her father-in-law had flipped his highfalutin scarf over his shoulder to emphasize his point about finery.

“He didn’t,” Jacklyn said, her jaw dropping. “But it’s marketed for women!”

“Mhm! That’s just what I said. And do you know what his son said to me?”

“Nope. Not one inch. He laughed in my face and said it was much too refined for women.”

Jacklyn’s eyes bulged further, and she fidgeted with her scarf. “But...but...it’s chocolate. Surely his mother or sister…?” The question died the moment she raised her eyes to Melinda’s.

“They meekly nodded while the men were in the room.”

“Yes. Then they ushered me aside to the kitchen.”

“Oh, no.” Jacklyn shut her eyes and held her hand over her mouth. It was too much for her, but her sister continued with the story anyway.

“They told me to listen to the men and to stop arguing. They told me it’s a woman’s job to support, not to question. They said they’d been patient with me, on account of their sweet baby boy being too good natured to,” Melinda paused for emphasis. When she continued, she made certain to enunciate each word as she spoke the venomous phrase, “Put-me-in-my-place.”

“But he was such a nice boy,” Jacklyn said, tears filling her eyes.

“He was,” Melinda agreed with a woeful sigh. “And then his family ruined him.”

Jacklyn sighed. “Surely it was merely him being pressured? He apologized later? When you were alone?” There was little hope left in Jacklyn’s eyes as she asked the questions.

“Quite the opposite, actually. He said it was time he,” and again, Melinda had her pause for effect, “tamed the shrew.”

“All because I asked if we might share a chocolate,” Melinda answered slowly. She flipped her smooth hair back over her shoulder.

“Is there no hope? Are there no decent men out there?” Jacklyn groaned.

“Not likely in this generation, and certainly not with this toxic climate, where the women support the men who keep them down.”

“I know this is terrible, but maybe we just…let it…” Jacklyn trailed off, hopeful that her sister might be more forgiving this time around.

“Well, it won’t likely be learned this time either, so what’s the point?” Jacklyn argued, though not with nearly the same fire in her eyes or voice that her sister employed.

“You’re right, of course,” Melinda agreed. “But this is a different family, and they must suffer, or they’ll never learn. Now, I’ve told you what happened, so will you help me with the curse?”

Jacklyn sighed. It was never any use trying to protect families from Melinda’s righteous anger. And her curses weren’t all bad. Oh, they were bad, they were proper curses, after all, but they didn’t cause any real harm, just discomfort.

“I’ll help get the stones and candles ready if you figure out the wording. And remember to have a line for how to remove the curse this time, that last family still sees blood messages on their walls,” Jacklyn said, reminding her sister of the incomplete curse.

“Only the women,” Melinda argued for what felt like the millionth time. “And only when they publicly or not-so-publicly shame other women. If they’d be decent human beings and support others - particularly women, then the ghosts of suicides would stop leaving their depressing messages. And all that without needing a silly line on how to break the curse.”

“All the same, no one likes seeing the message ‘If your breasts were bigger, maybe you wouldn’t be alone again’ written in blood on their bedroom wall,” Jacklyn argued.

“I didn’t tell the ghosts what to write,” Melinda argued back. “And really, they’re ghosts of people who were bullied by women like them. Is it really surprising they’d say things like that? But, if it’ll get you off my back, I’ll write the silly curse-be-gone line.”

“Good.” Jacklyn had been about to say more, but her sister spoke first.

“Are you sure this isn’t about you being afraid of ghosts?”

“This has nothing to do with that!” Jacklyn said, a bit too defensively. “And besides, what if it is? Whose fault would that be?” She stared at her sister, daring her to blame anyone but herself for that miserable and sleepless night when they were children.

“The ghosts that haunted our cousin’s house,” Melinda said, innocently.

“If they were even there,” Jacklyn said back.

“We could go find out? Get you some closure on that night? Find out if they really messed with the lights and rattled the windows and made scurrying sounds in the walls and-”

“Enough!” Jacklyn cried. She stood up and took a steadying breath. “I’ll see you tomorrow night under the blue moon. Good day.”

Melinda chuckled as she watched Jacklyn go. Then she too went to work on the specifics of the curse.

The next night, the two women met at their usual gazebo. Jacklyn brought the stones and placed them around the outside of the table to keep unfriendly eyes away. Next, she placed the candles, which were infused with her special kind of magic. Even Melinda had never learned the secret of their making. Meanwhile, Melinda brought her special diary, a red leather-bound book with creamy white pages full of the curses she’d served over her many years of life.

As usual, neither spoke as they set about their tasks. Once the candles were lit, Melinda opened her journal and began to read the lines of her curse. As she spoke, the words took on a reddish hue.

To sons and daughters, a curse upon you.

Chocolate consumed and a migraine ensues.”

Then, like fire, they leapt off the page, leaving only a sooty remnant of the wording behind. From there, the flaming letters arched into the flames burning on the candles and merged with the natural candlelight.

“The older the age, the greater it’s rage.

Innocents be spared, till they come of age.

Melinda finished, and though it wasn’t her best work, she didn’t expect the bouts of laughter from Jacklyn.

“Your poems are terrible,” her sister said, her words tumbling out amid her giggles. “How many times did you say age? And what’s with the attempts at rhyming?”

Melinda slammed her journal shut and twisted the ties closed. “Well, Sister, I do believe we are done here.”

“I’m sorry. I do love your curses,” Jacklyn said, her giggles and mirth finally subsiding. “And does their family line really stretch back to Edgy?”

“What a silly name,” Jacklyn remarked. “Well, at least it’s over. And thank you for having that final line, though it does mean a rather long time before they can eat chocolate again. Well, safely anyway.”

“That is kind of the point?” Melinda said, folding her arms across her chest.

“Anyway,” her sister said, changing the subject, “how are you going to break off the engagement?” She began gathering her items and snuffing out the candles.

“Oh, I already did. But I think,” Melinda said, her face lighting up with her smile, “I’ll send him a box of chocolates, you know, as a consolation.” She giggled ruthlessly.

Jacklyn shook her head. She hated to admit it, and she certainly wouldn’t say it out loud, but Melinda always was the best at ironic curses and punishments, even if she wasn’t the best at writing them out.