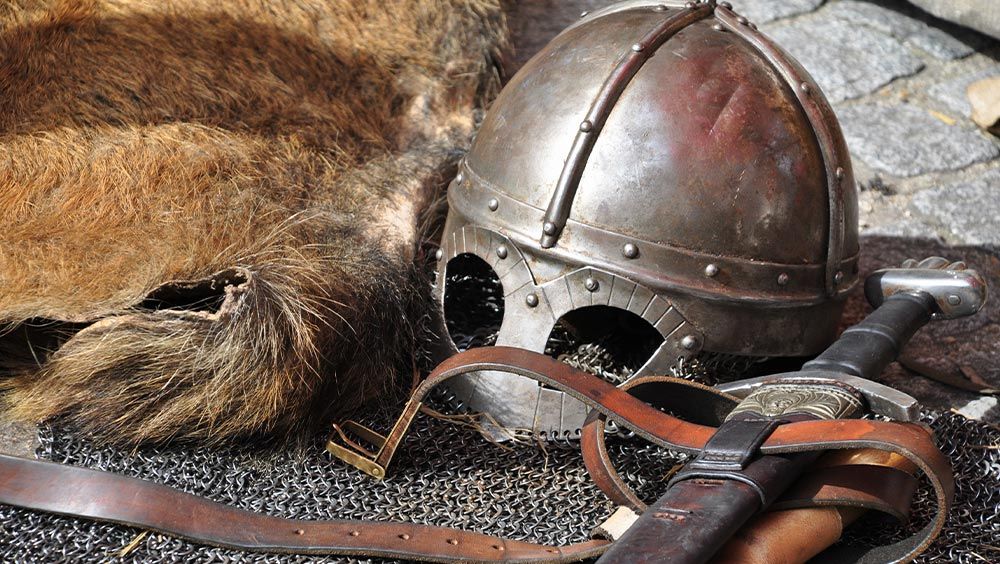 A title has been created!! Not sure if anyone noticed or not :P I’m just going to take this moment to thank my awesome husband for helping with coming up with the title, and also his patience in showing me ‘new’ Photoshop tricks. He really hates my computer mouse… But enough about me! On to the story!

Ryac gripped his sword hilt as he made his way to the double doors. There was a hole in one of the wood planks, and when Ryac peered out, he saw a dark and heavily cloaked figure. After a moment, the person pulled back their hood enough for Ryac to make out their features.

“Princess DeNadie,” he said in surprise, his hand immediately moving away from his sword hilt. Of everyone who might have visited him, he had not thought to see her standing out in the dark streets.

“My apologies, your Highness,” he amended at the hurt look Princess DeNadie tried to hide. He had not intended to use her false and terrible name. “Pray forgive me. That was never thy name, and though the curse prevent us from remembering thy true one, that dost not make the lie a truth.”

“Ryac, there is nothing to forgive.”

“I must protest!” Ryac insisted.

“My dear and noble Knight, truly there is nothing to forgive,” DeNadie assured him. While her words were spoken with vigor, the sadness in her eyes did not go unnoticed by the observant knight.

“Nay, there is much that needs forgiving,” Sir Ryac lamented. “But enough of this, you must hurry inside, lest the Warlock catch you about. Pray,” the last came out strained as Ryac hefted the heavy beam aside, “enter quickly.” As he spoke, he opened the barn door, but only enough for the princess to slip inside. Ryac had the door closed before anyone had time to notice the cloaked figure.

“The risk is perhaps too great,” Sir Ryac said, doing his best to reprimand the princess without overstepping his bounds.

“I had to know. Please, Sir Ryac. What news have you for me?” There was the briefest flicker of hope in DeNadie’s eyes.

“I fear the news I bear will bring you yet more heartache,” Ryac lamented.

“Though I wish them false,” Ryac confirmed. “I’m sorry m’lady. Thy handmaiden and those precious few whom still served thee, are dead.”

“And…and...” DeNadie paused as she fought to collect herself. She took a deep breath, and with a delicate gesture, she brushed her tears aside. Her face a steel mask of control, she continued. “Are the rumors true? Did the Dark Mage kill them? Burn them?”

“Yet more truth, though I wish it were not so. He took them to his tower atop the peak of Arbor, and though I rode to their aid, I failed to reach them. I caught sight of the pyres just as the rain began.”

“Then the rain?!” DeNadie asked, a faint glimmer of hope rising in her glossy eyes once more.

But the knight shook his head slowly, as though the weight of it were too much to bear.

Princess DeNadie closed her eyes as Ryac took a knee. “To you I have sworn my allegiance,” he began. “And to you, this I swear: To all thy enemies, destruction and ruin!” Although he had spoken the litany aloud often since the untimely death of Princess DeNadie’s parents, this was the first time he had shared it with her.

“Sir Ryac,” DeNadie began, her eyes still wetly gleaming. She blinked rapidly to clear them as she fought to regain her composure for the second time that night. Steely-eyed and stone-faced, she spoke, “Arise Sir Ryac, my Champion and my Protector.” As she spoke, the princess reached inside a hidden pocket within her cloak, a pocket close to her heart. “To you,” she said, offering her Knight the item, “I give this token, a precious gift from my beloved handmaiden whom you tried so valiantly to save.”

Matt nearly screamed as his mother’s voice jolted him back to the real world. He wanted to yell at her for interrupting his reading, but quickly recalled the stolen nature of the journal. “In a minute!” he yelled irritably instead.

Matt tried to find his place on the page and managed to find the last line he had read, but before he could continue reading, his father called out and interrupted.

“Fine!” Matt slammed the book shut and stomped over to a secret compartment in his tree house. There were other baubles hidden in the tiny cubby, but he hardly paid attention to them as he crammed the book inside. Then he hurried down his ladder and slid the patio door open. The glass quaked as he slammed the door shut.

The next second, he was walking over someone’s foot, the action nearly costing him his balance. “Out of my way, Orphan!” Matt said as he moved past Kyra. As an afterthought, he slapped the kid’s book out of her hand.

Kyra didn’t say a word as Matt continued into the dining room. She was too stunned to do anything more than stare at his back, her mouth agape. She quickly closed it and looked around to be sure no one had noticed her odd behavior. Always before, Matt had laughed and teased and mocked her ruthlessly. This time, he had been almost civil!

Bending over, she picked up her book on Arthur and his Knights of the Round Table. She bit her lip as she held it close. She wanted to cry with joy, but feared the consequences of being caught crying again. Instead, she looked out the sliding glass doors to Matt’s tree house…and wondered.

That’s it for now! Next week I’ll have more on Positivity Camp, for all you mischief lovers out there! :)