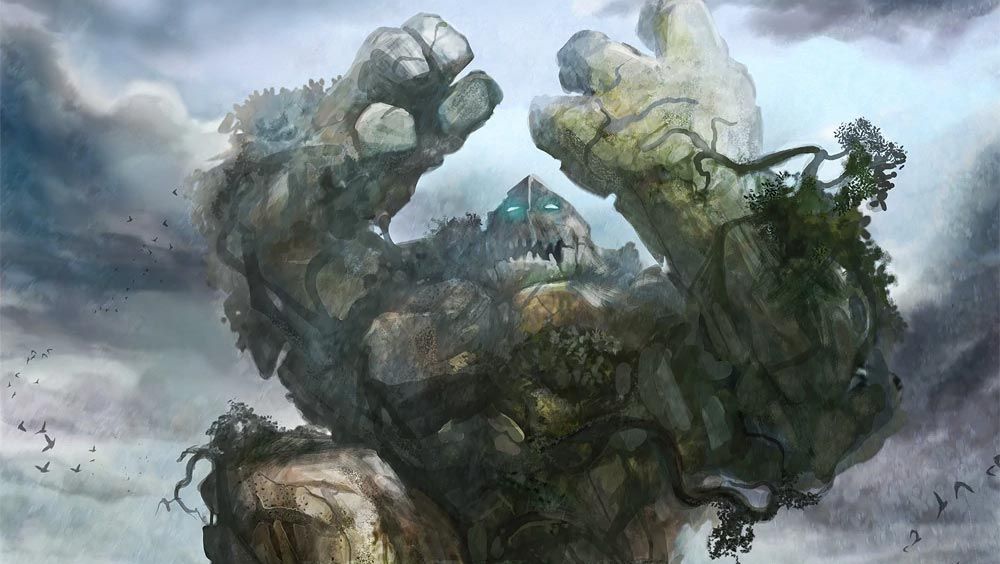 Hodor is back, and he’s ready for a world of hurt! If you’ve been keeping up with the random short stories from different tabletop rpg campaigns (Dungeons & Dragons), then you probably remember this lovable barbarian. If not, be sure to check out my other blogs about Hodor. He’s quite a character. (For some background on these short stories, check out my blog Role-Playing Shenanigans).

As a disclaimer, I didn’t name Hodor. That’s all on Billy.

On this particular adventure, Hodor and his companions were looking into a problem the dwarves were having, though they had little idea of what to expect. Suddenly, their dwarf guide called for them to halt. Ahead of them was a giant earth elemental…an ancient earth elemental. He swiftly informed everyone to flee as there was no way they could hope to defeat the being.

Hodor hated fleeing from an enemy, but thankfully the wizard Dannok convinced him to run with the group. As smaller earth elementals began appearing, there was no stopping Hodor. This time, he needed no convincing that these enemies were really real.

“Move!” Hodor shouted as an earth elemental barred their path. As he shoved his companions aside and ran for the giant rock creature, it became apparent Hodor wasn’t yelling at the rock to move, but for his companions to get out of his way.

Being an earth elemental, the creature shifted into the wall and disappeared from sight. Being Hodor, he believed he had annihilated his foe. He cheered at that and started running with his silent companions. No one thought it a good idea to tell Hodor he’d failed to destroy his enemy.

“Now ya’ve done it!” the dwarf guide cried as they turned a corner only to find the ancient earth elemental ahead of the group. “Ye slowed us down!” It took a moment for the guide to calm down enough to see the elemental was surrounded by several dwarves. “Me kin!”

“Good dwarf, might we escape and bring back reinforcements?” someone suggested in time to keep their guide from running to the aid of his kin. Before the group could move on, Hodor caught sight of the ancient earth elemental.

“BIG ROCK!” Hodor cried out, his blood still full of battle rage. He hollered triumphantly as he rushed the creature. “HODOR!” he cried as he struck the rock. His attack did no damage.

Taking notice of the closest foe, which was Hodor since the dwarves were good at staying out of the ancient earth elemental’s range, the giant rock creature struck the barbarian.

Thankfully, Hodor was fully into his rage so he didn’t feel the attack. Unfortunately, the attack reduced his health to one hit point. Had he not been enraged, he’d have died. (Rage cut the damage he received down to half. He went from 32 HP to 1 HP.)

Things looked grim for the group. Hodor was still raging and no one would reach him in time to save him from the coming blow of the ‘big rock’. Worse yet, none of the companions had the spells nor the strength needed, even combined, to defeat the creature before it would crush the barbarian.

Taking a step forward, the ranger cast an ensnarement spell on the ancient earth elemental. His spell succeeded, and he sent the creature back to its plane of existence, though he could call it forth later.

“I am all that is good!” Hodor shouted as he saw the earth elemental disappear shortly after he struck it. Not being very bright, he believed he had killed the creature.

No one in the party had the heart to tell him the truth. Unfortunately, that only made his recklessness worse…

Dungeons & Dragons (D&D): A fantasy role-playing game that takes place in a fictional and medieval myth-based world.
d20: This is a 20-sided die that is often used in determining events in D&D and d20 campaigns.
Barbarian: Typically, a very tall and muscular human. Often defined by their rage: unbridled, unquenchable, and unthinking fury.
Elemental: A type of creature composed of one of the four classicalelementalsof air,earth, fire, or water.
Ability Check: There are three times this can occur: during combat, a social interaction, or exploration. There are six ability scores that can have an ability check applied to them: Strength check, Dexterity check, Charisma / Persuasion check, Wisdom / Perception check. Please don’t steal my stuff. If you see this, it was written by Sarah Maree. Thank you.
Reality Check: This is a dice roll that determines how well a character grasps a situation or reality.