Northeastern US Road Trip Part 6 of 6 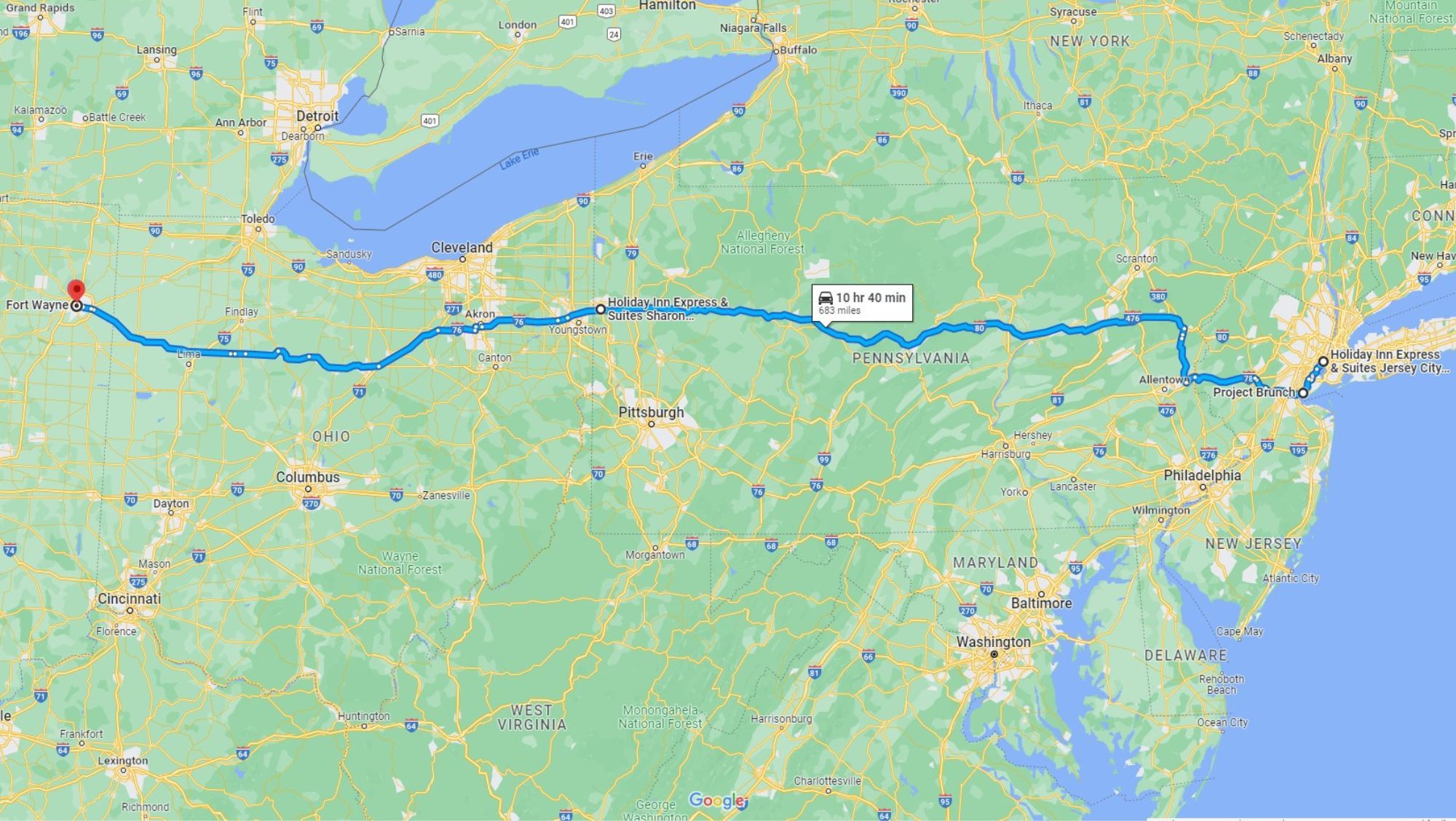 This is it! The last of the road trip shenanigans. Was there food? Of course! With only two days, there isn't too much to say, but there is a bit of a surprise at the end!

Mostly, we went to Project Brunch for their elaborate hot chocolates. I was not disappointed with my s'mores hot chocolate! I was, however, not expecting to be filled up by a drink before my meal arrived. Woops!

The greatest discovery for me had to be their cinnamon roll pancakes. They were large pancakes, so thick that each pancake looked like two pancakes stacked together. I don't know how they did it. But they seriously nailed the flavor! 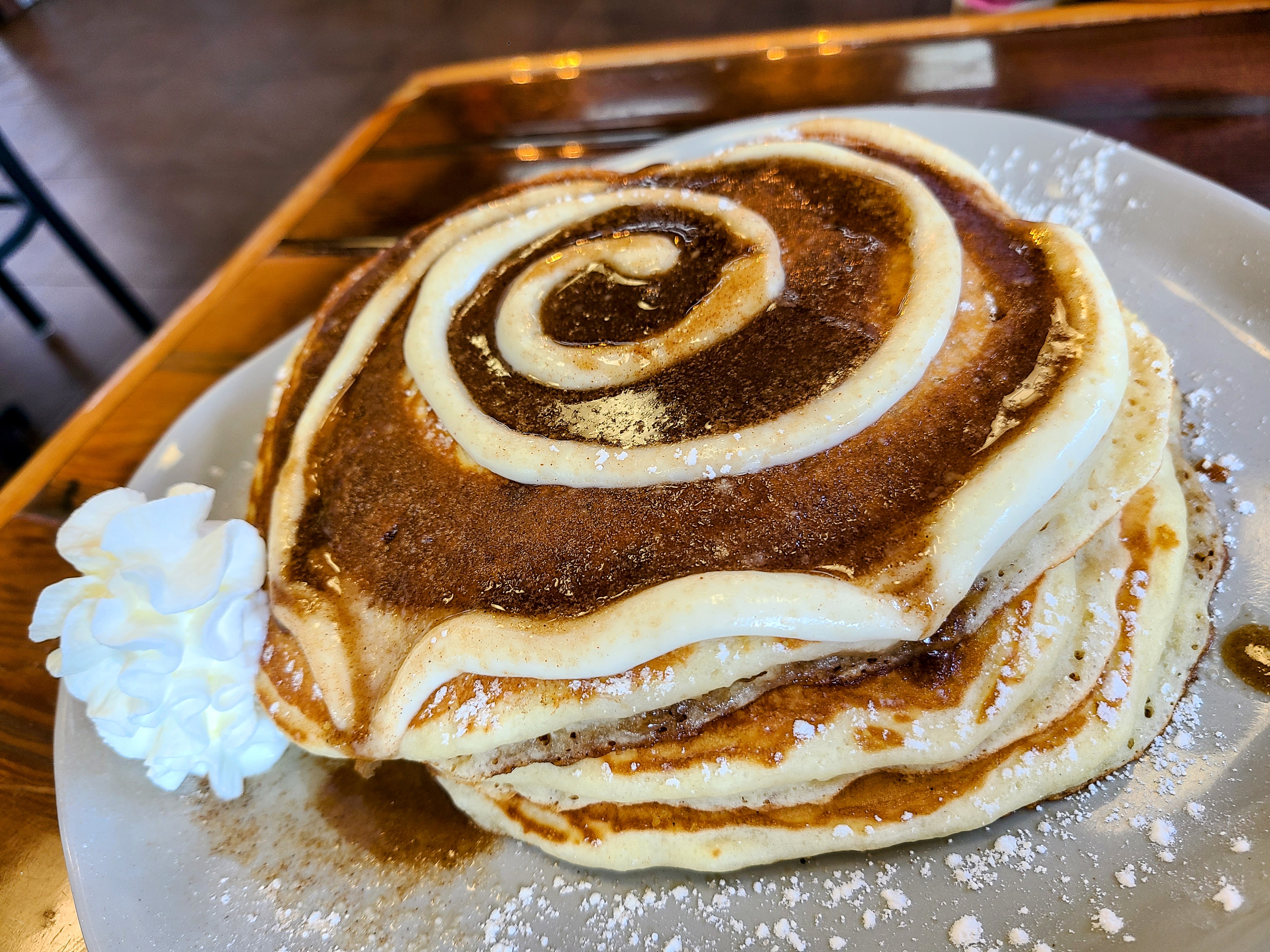 I was so full from breakfast that I don't even remember having lunch. And dinner that night was disappointing. I ordered an Alfredo from a restaurant I'll not name. The noodles were bland, dry, and had an OK amount of sauce poured only on the top in the middle of the massive bowl. I tried mixing the noodles or dumping forkfuls into the sauce, but it didn't work well. Some bites had a lot of sauce and some were just thick cooked noodles.

Ah, well. 'Tis the price of trying new things. Some are amazing and the not so great simply makes the amazing stand out more.

Nick seriously went all out with the final hotel of the trip. We had experienced old-people-fancy at a previous hotel, but this was more modern fancy. I mean, they had an indoor pool, hot tub, mini golf, a small pond with waterfalls, and amenities like free popcorn, cookies, and ice cream in the evening. 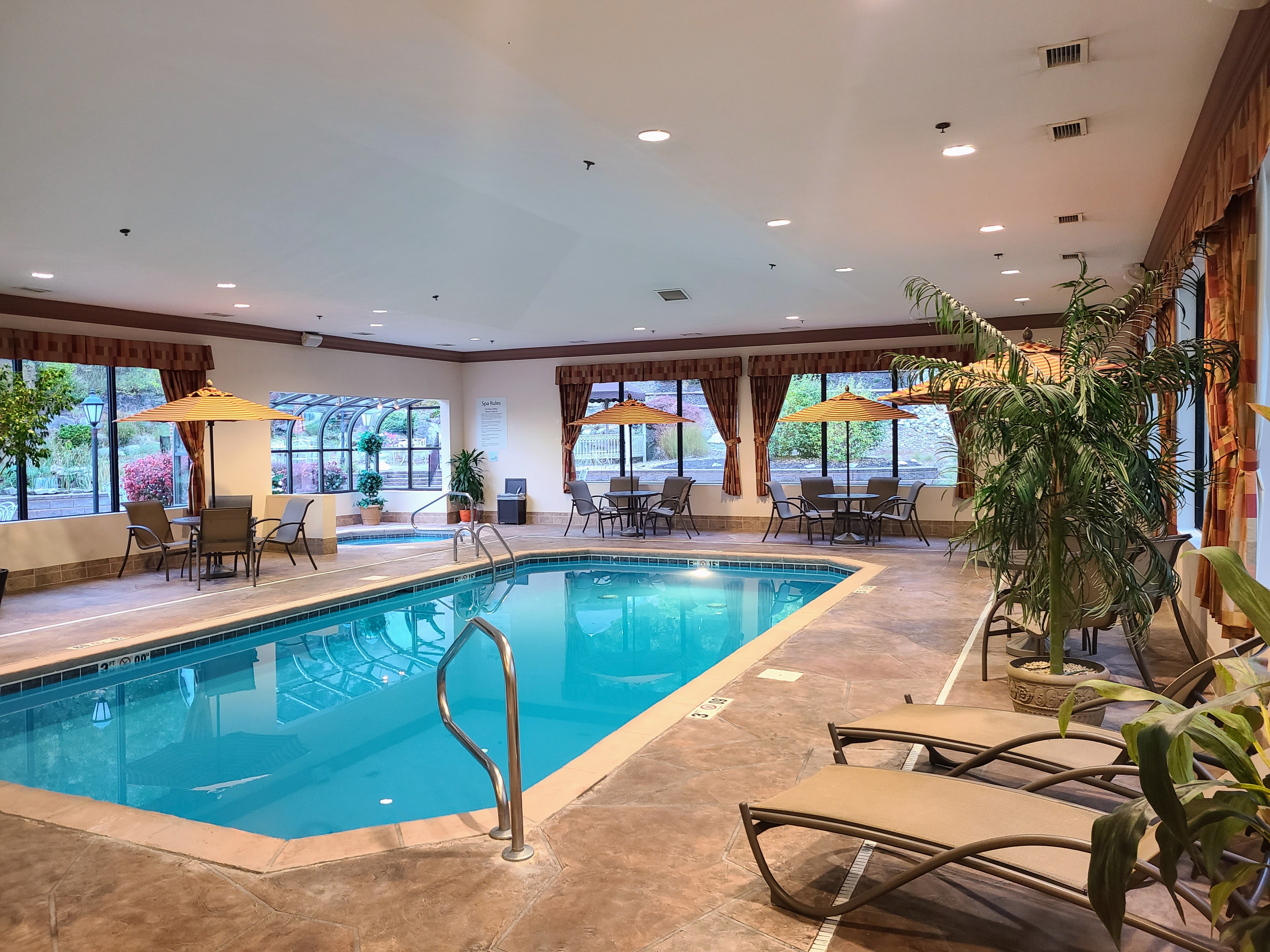 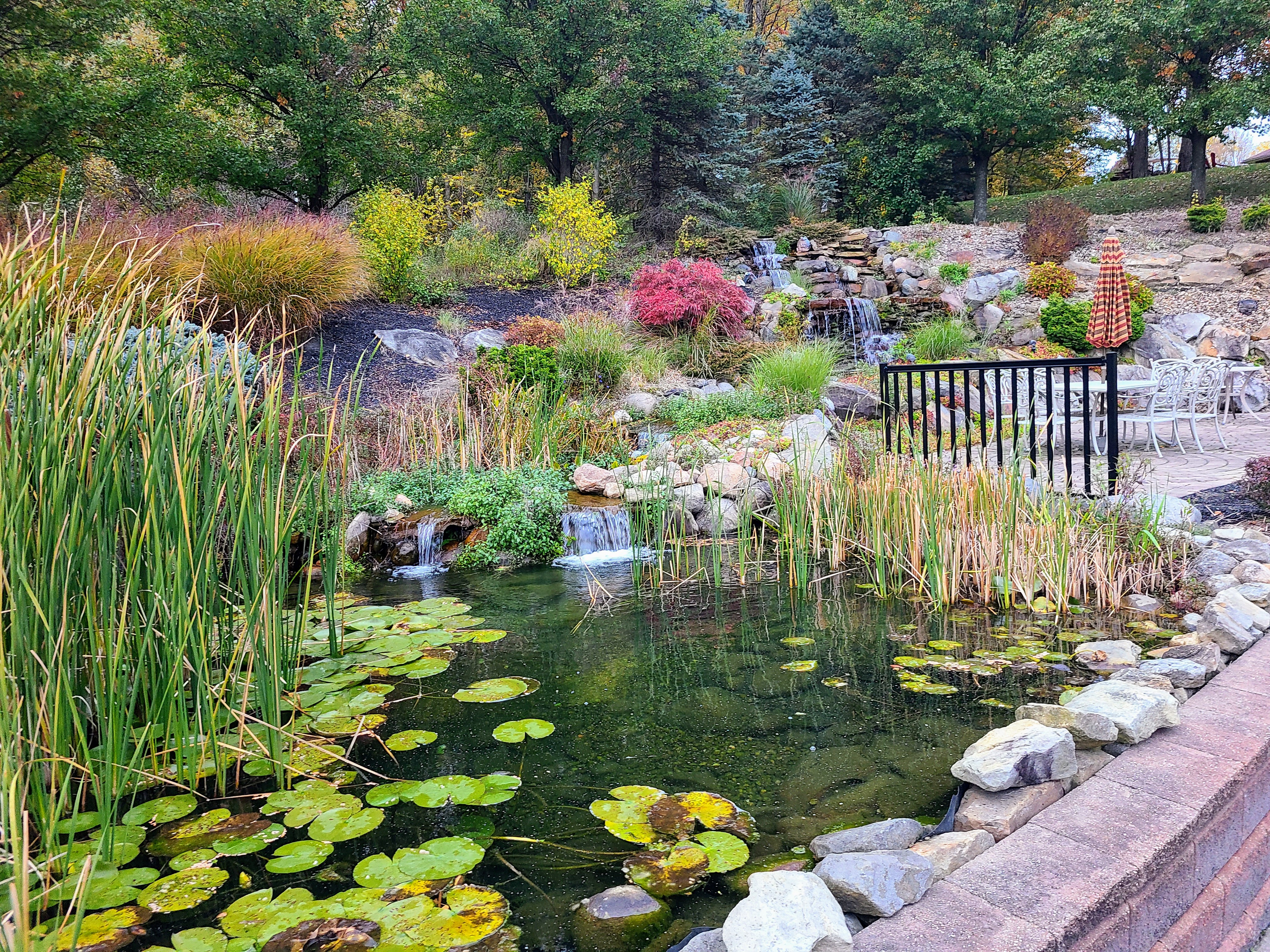 We even indulged and had a two-person jacuzzi in the room. My inflatable koozies had a blast! 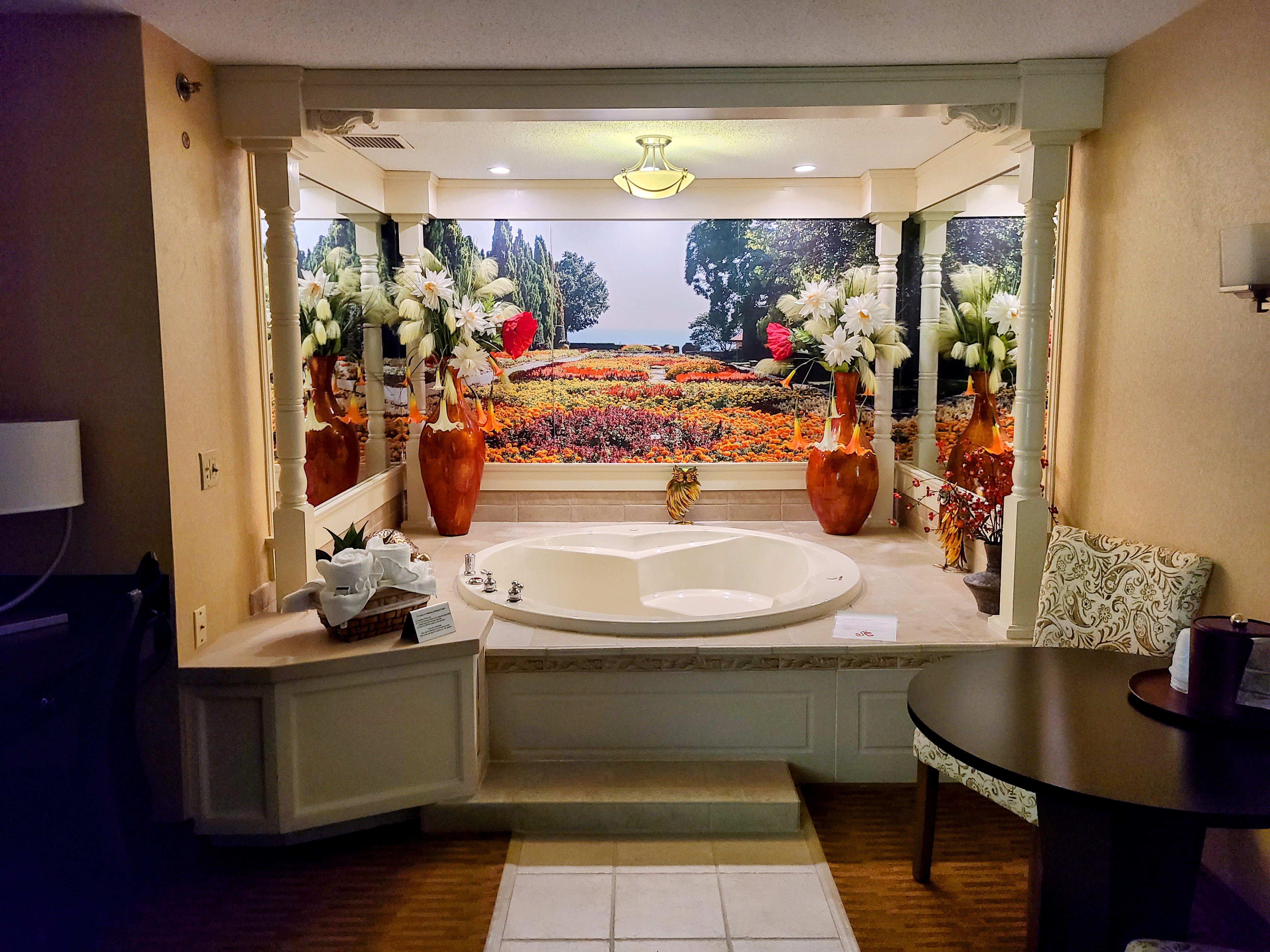 The next morning there was snow, but it wasn't too bad. We enjoyed the free breakfast and I drove the remaining four hour drive home to our Bengal kittens (they're actually 2-year-olds now), who missed us very much. 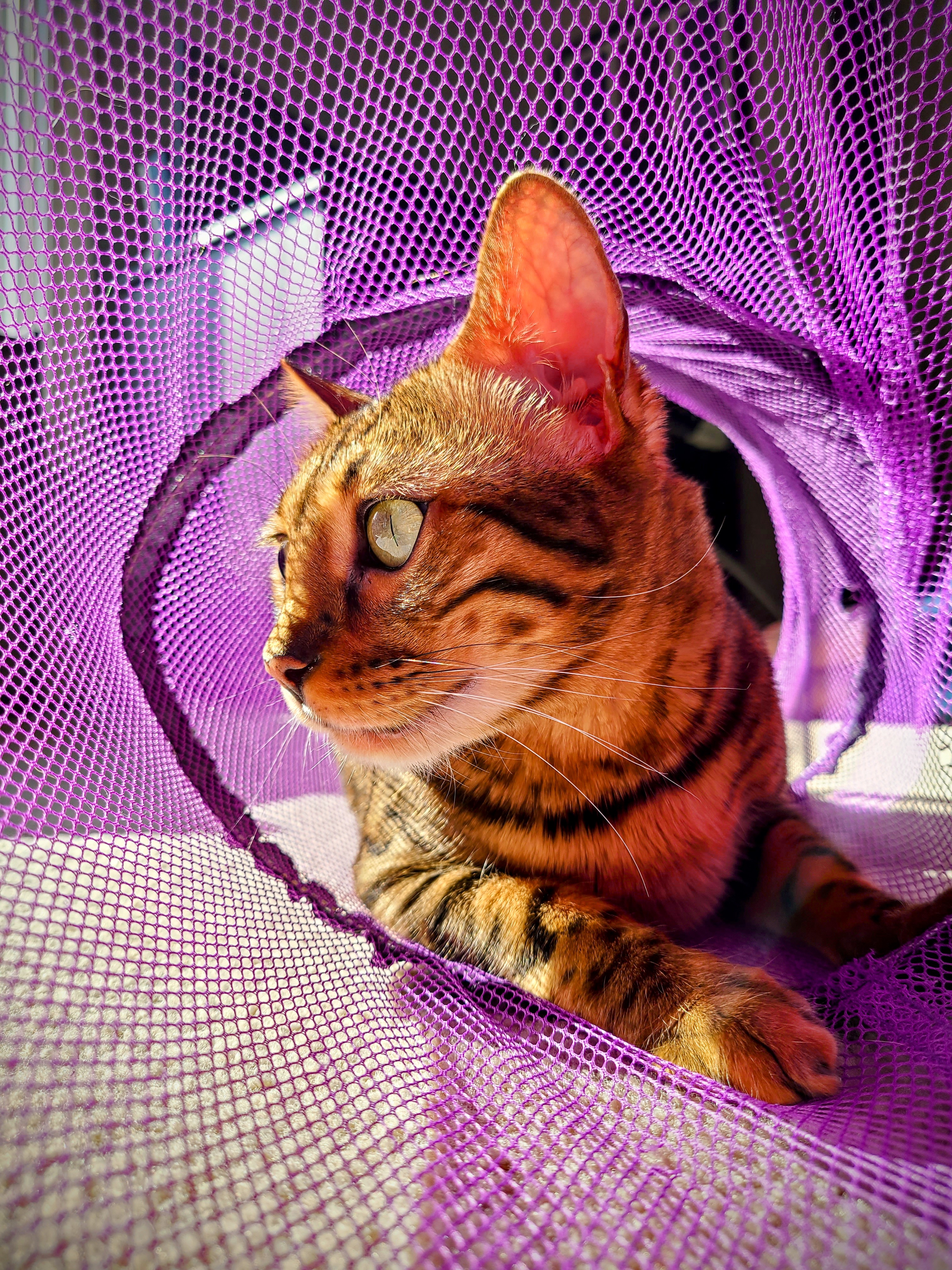 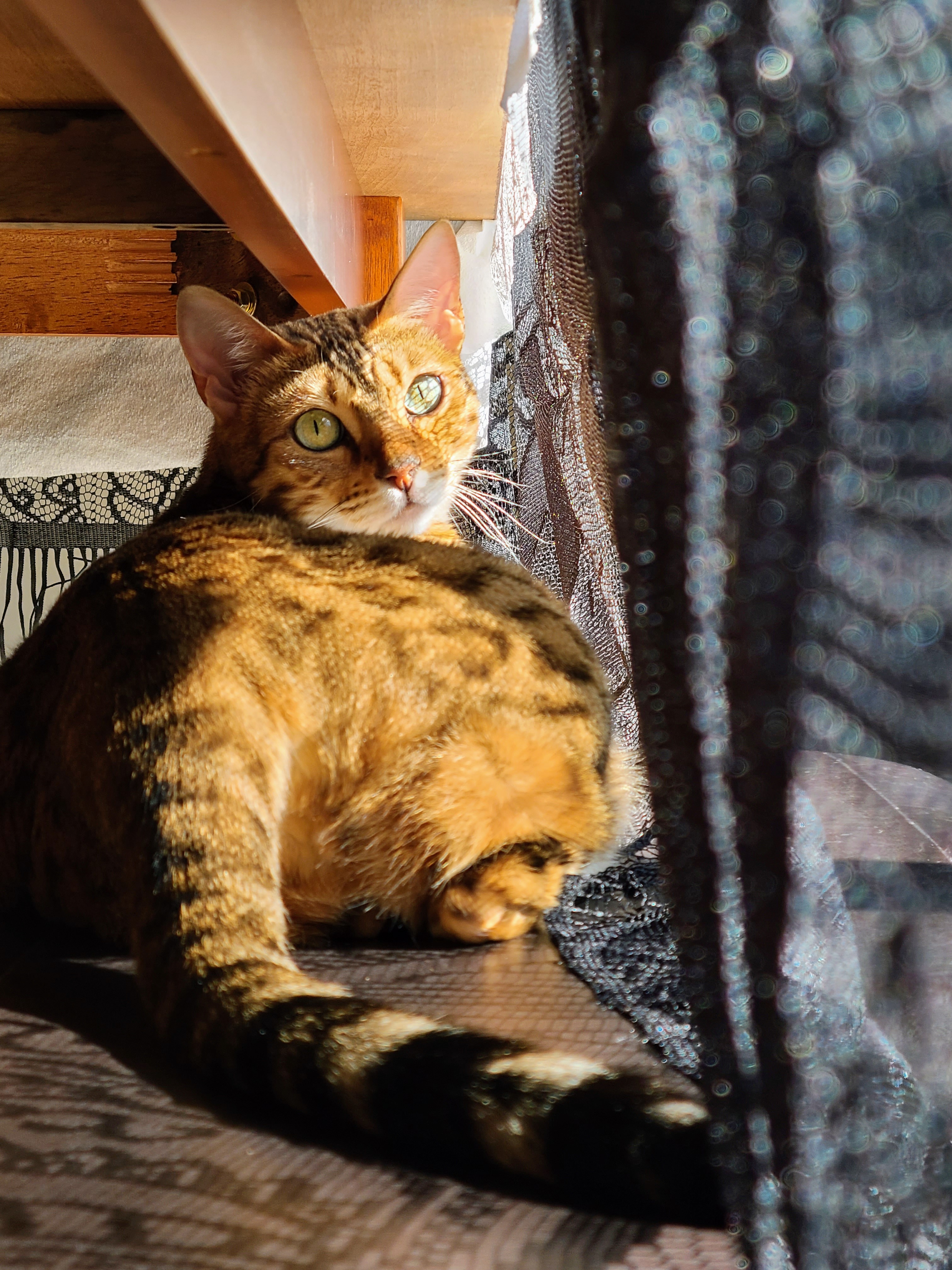 They were crazy vocal and clingy. Of course, with the colder weather, they do get extra clingy and demanding of blanket forts at this time of year, lol. So who knows if they really missed us or the free heat?

No Rest for the Wicked

I mean, to be fair, we had like a full day of laundry followed by another day of laundry, and so on. Turns out, our water system was busted, so the water pressure was low, so laundry was taking nearly double the time per load. Anyway, I didn’t come here to rant. I came for the party! 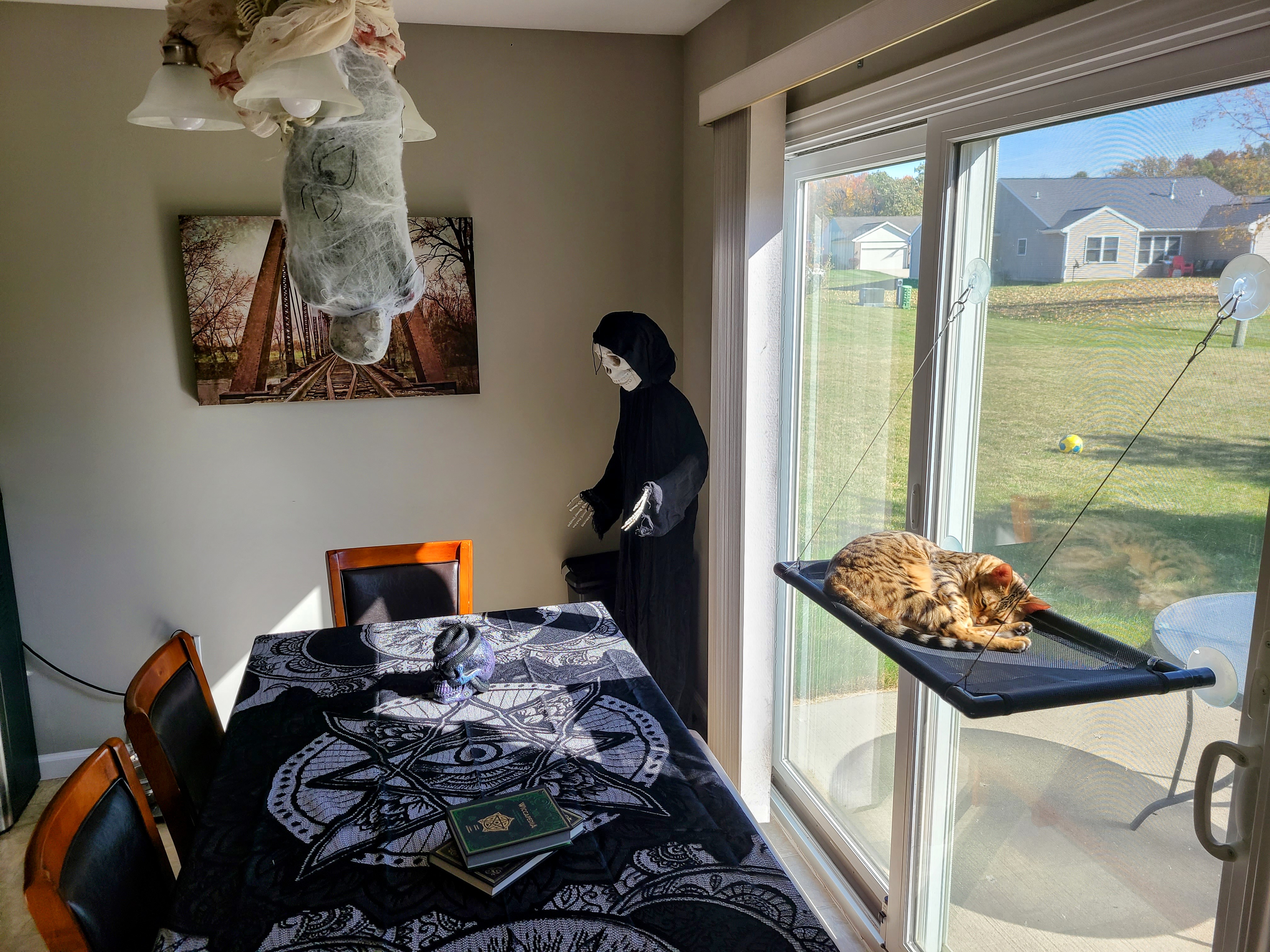 Halloween season wasn’t about to get pushed to the backburner just because of some vacation. Oh, no! I got the decorations up, and we had a blast with having our house spooky for the season. I know it’s December now, but it was Halloween once, not so very long ago… 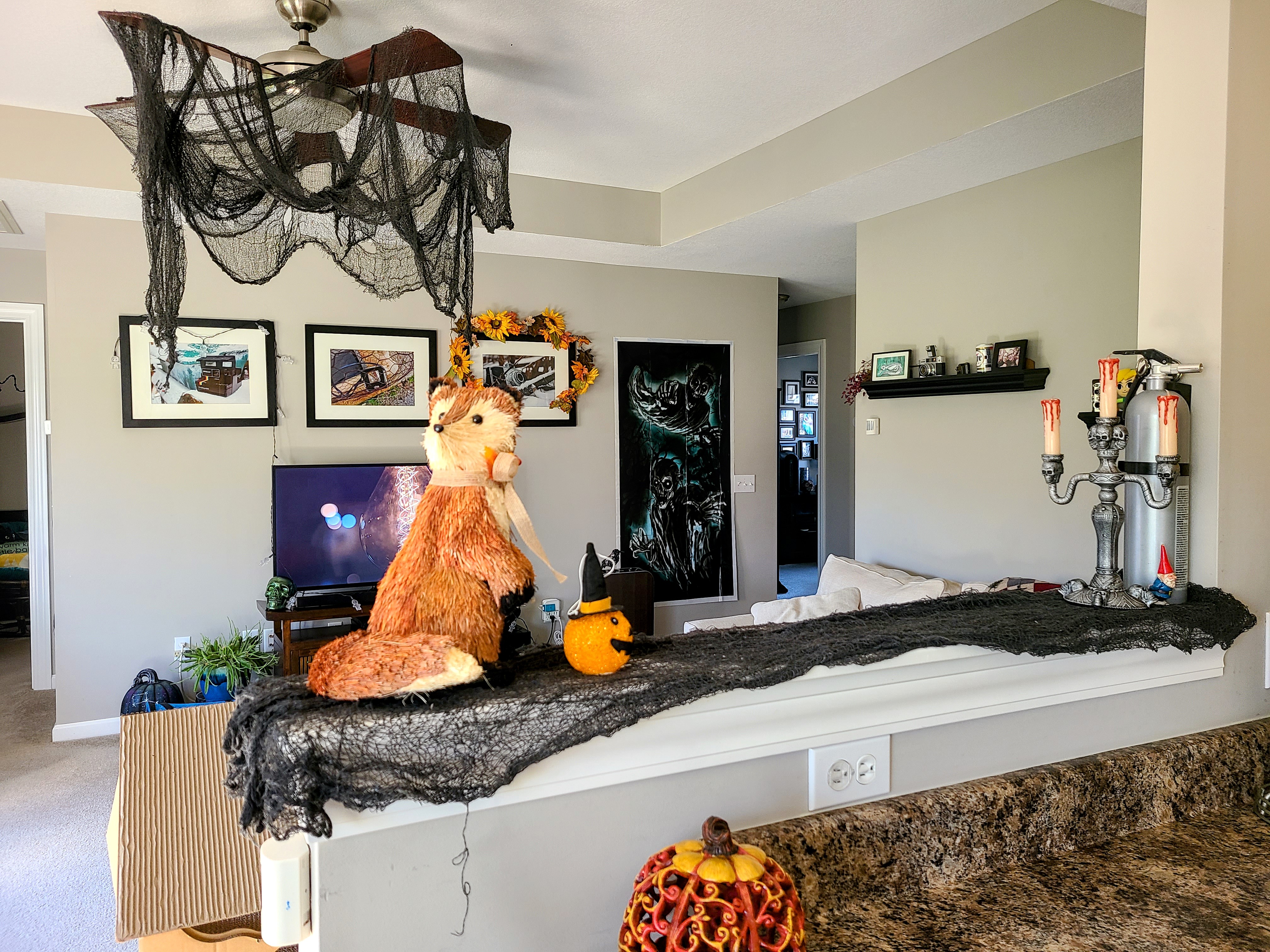 I'm very hopeful and optimistic that I'll have Sir Ryac and the Dark Mage published this month. I'm still going through for final checks on formatting, and the back cover art is still in the works. Wish me luck, 'cause I'm almost there!