Northeastern US Road Trip Part 2 of 6 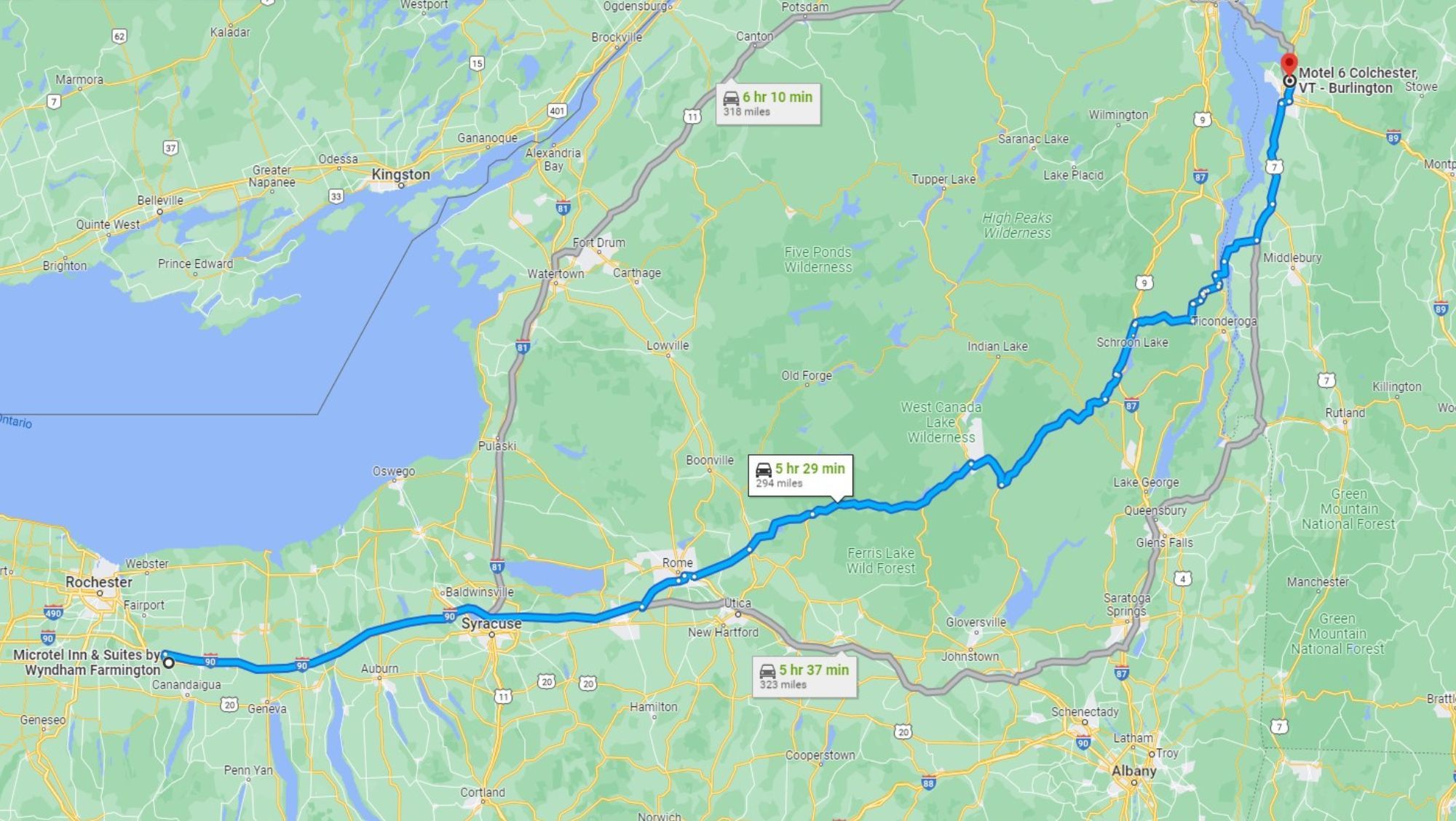 Surprise! It’s part two of the road trip! I know, not much of a surprise, right? That’s alright! This next part took us from Farmington, New York to the Burlington, Vermont region.

Return to Part 1 Continue to Part 3

The most exciting part of this trip for me was the journey from Farmington, New York to Burlington, Vermont. The change in the terrain was remarkable as the land gave way to hills and distant mountains. We couldn’t have chosen a prettier time of year as nearly all the trees were changing. Several areas had the wonderful contrast of reds, yellows, oranges, and greens. Some hills only had two colors, but they were pretty nonetheless.

Pair that with winding roads, rivers, and lakes and you have a gorgeous drive. We did not arrive at our hotel before nightfall, which had been our intention. Instead, we arrived after dark as we pulled over to take scenic shots. Well, I didn’t take many, not when my husband was doing a better job with a drone and his expensive camera, lol.

Below is a shot he took with his phone. You can be sure NJP will have a blog post coming up with better shots and more details on this part of the trip! 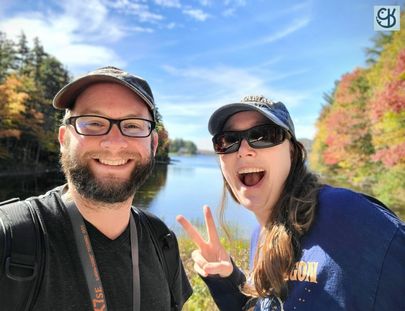 These shots are the ones I took! The first two are of a mountain region on our way to Vermont, and the third photo is of this cool place we saw when we crossed a bridge, which is when I think we finally reached Vermont? I think it was a fancy dock for boats or something. I didn’t care, too much. It was just cool. 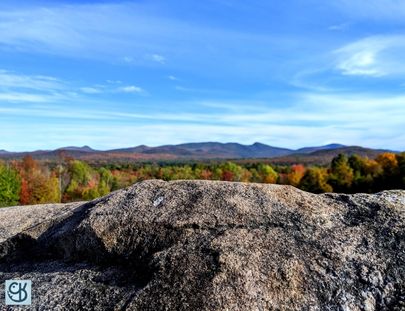 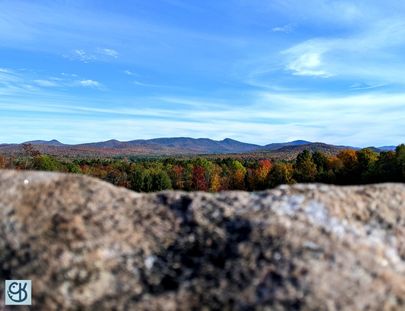 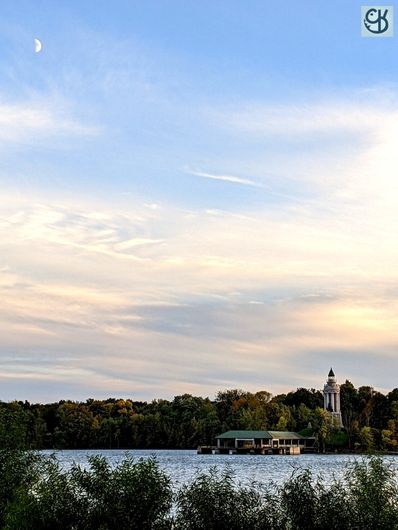 The parts with the food

The dinner the first night had been a disappointment of Asian flavors as the restaurant had tried fusing different dishes together in a unique way. I won’t go into details. I will say, it was odd having chips and guacamole served as a free appetizer … at a non Spanish/Mexican restaurant.

Moving on! Day two had disappointing apple cider donuts. I’m not a fan of cake donuts, and these ones lacked any frosting, glazes, or anything fun. It didn’t even have much of a cinnamon or apple flavor. I was le sad. The Skinny Pancake, which we ate at for dinner, was known for their menu of mostly crepes. That was so much fun! I even had fun leaving a message on their chalk tabletop! 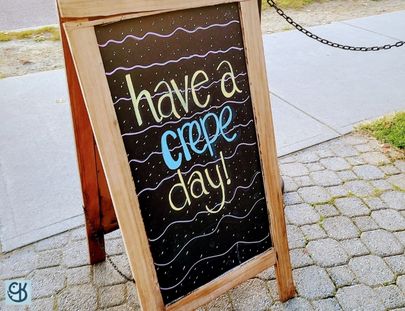 Food was much better by this point! Cold Hollow Cider Mill had delicious panini sandwiches and hot cider. Then, we took a trip to the nearby, like seriously nearby, Ben & Jerry's factory. Sadly, we couldn’t take a tour as they were sold out of tickets. The ice cream line was ridiculous! So, we decided to buy their ice cream later at a gas station, lol. Dinner that night was by far the best Indian I have had in a long time! They did such an amazing job, I found myself enjoying lamb. I don’t like lamb, usually, let alone as part of a simple kabob! And their mango drink … yummy!

I totally forgot to say the second restaurants name! We visited Taste of India in Middleburry. Seriously, so good! And the second photo below wasn't even of our whole meal! We went a little crazy with it, lol. 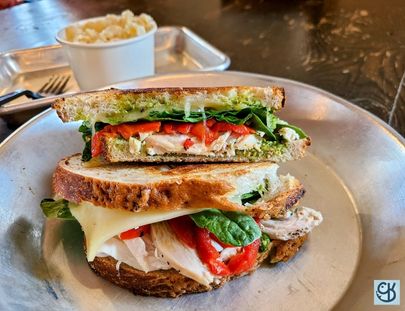 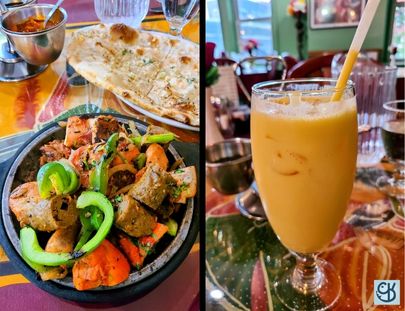 Following up an awesome day of food, we had more luck the next night’s dinner as we ordered some fried rice for me, some dumplings for us, and some crispy duck for Nick. I don’t like duck, and it turns out I still don’t like duck, lol. Still, dinner at Tiny Thai Restaurant was very awesome!

It was around this time that I became sick. It felt like an ear or sinus infection as my ear throbbed in pain. I was coughing and had a sore throat. I spent most of my days in the hotel room as I was too sick to go out. A Covid test proved negative, and a quick trip to see a doctor proved I didn’t have anything serious, so it was ruled to be a common cold. They did flush my ear, however, as it was blocked. It was nice to be able to hear again!

The second disappointment came in the lack of Speedway gas stations once we reached Vermont. By visiting the local gas stations, I was able to rule them out as potential locations for more of those inflatable koozies. I did research the next area and found some hope there. There was hope for the future!

Alright, you know how I said there were no Speedways in Vermont, well, it’s more like they only had them several hours away and in the wrong direction. Aaaaaaaand, we stopped by a Speedway on the first day of travel, and long before we left New York. My husband is amazing. He knew I wanted a unicorn, and he took me to the first Speedway he found. And that’s how I found the flamingo below! Plus, they had Dip N Dots! Travel day was a good day <3 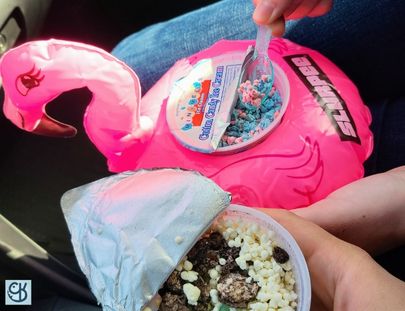 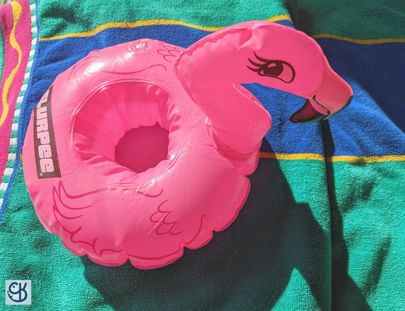 Will I ever find that Unicorn Koozie of my dreams? Or will I be left empty handed at every Speedway gas station in part 3? Stay tuned! May your adventures be many and your inspiration be endless! 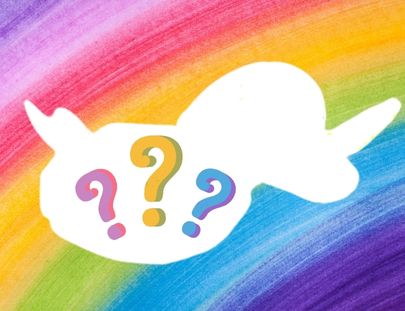