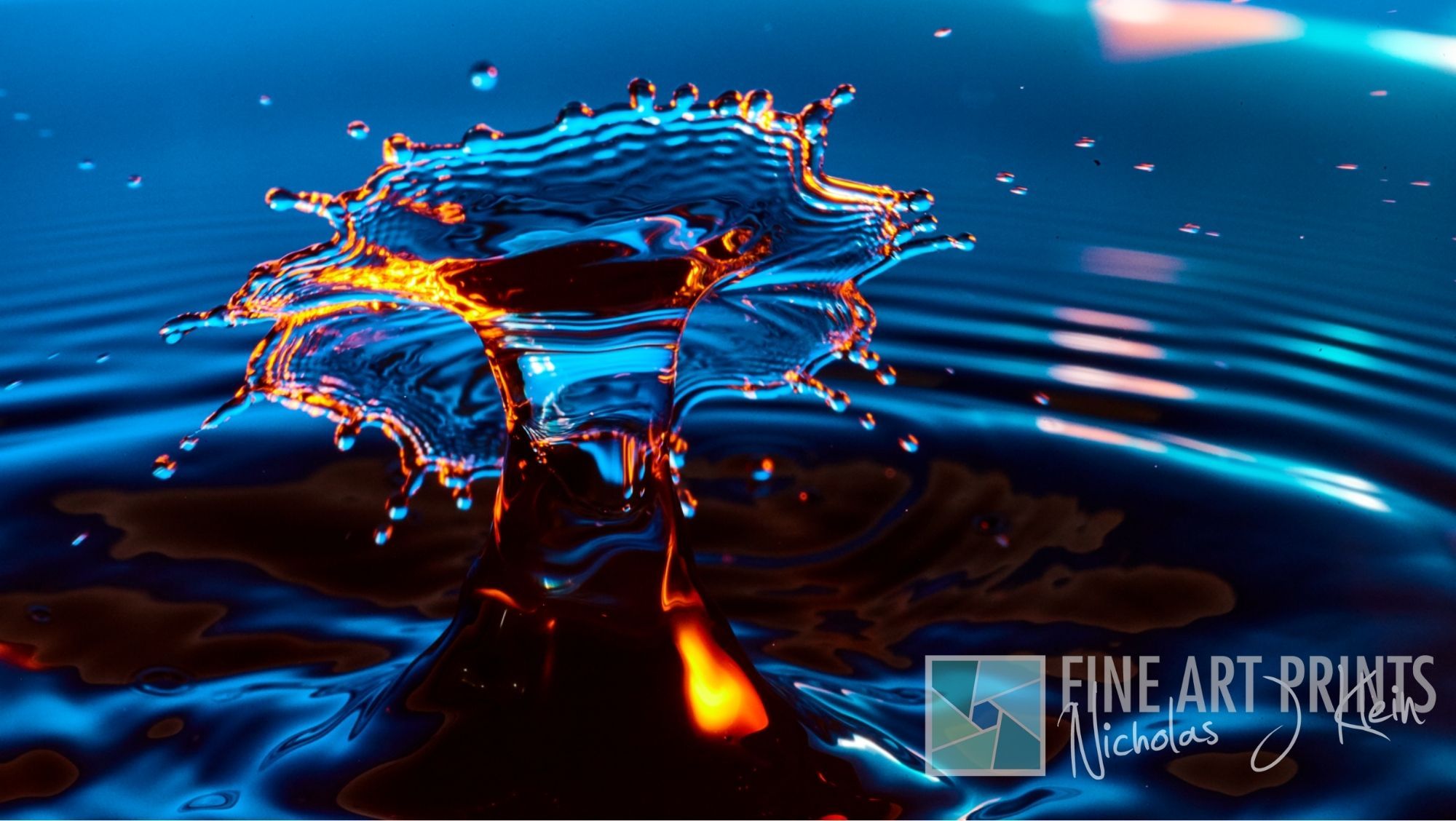 If you’ve been following my blogs, you’ve probably noticed that this has been a particularly slow year. I’d love to lie and say that it’s been super productive behind the scenes, but it hasn’t been all that great. Aside from gaming a whole bunch (mostly Valheim – cool trailer here  – and Pokémon Go, which I’m losing interest in), I haven’t really been up for doing much in the way of creativity. Oh, and with the holiday season coming up, I predict the gaming will only increase.

Now, before I bum you out too much, there is some silver lining. Despite what I said, I have been productive. I just haven’t been my normal level of productive. Still, I am on track for finishing some of those New Year’s Resolution goals I made at the beginning of the year.

If you want the full breakdown, click here. Otherwise, here’s a quick recap of what’s done and what isn’t. 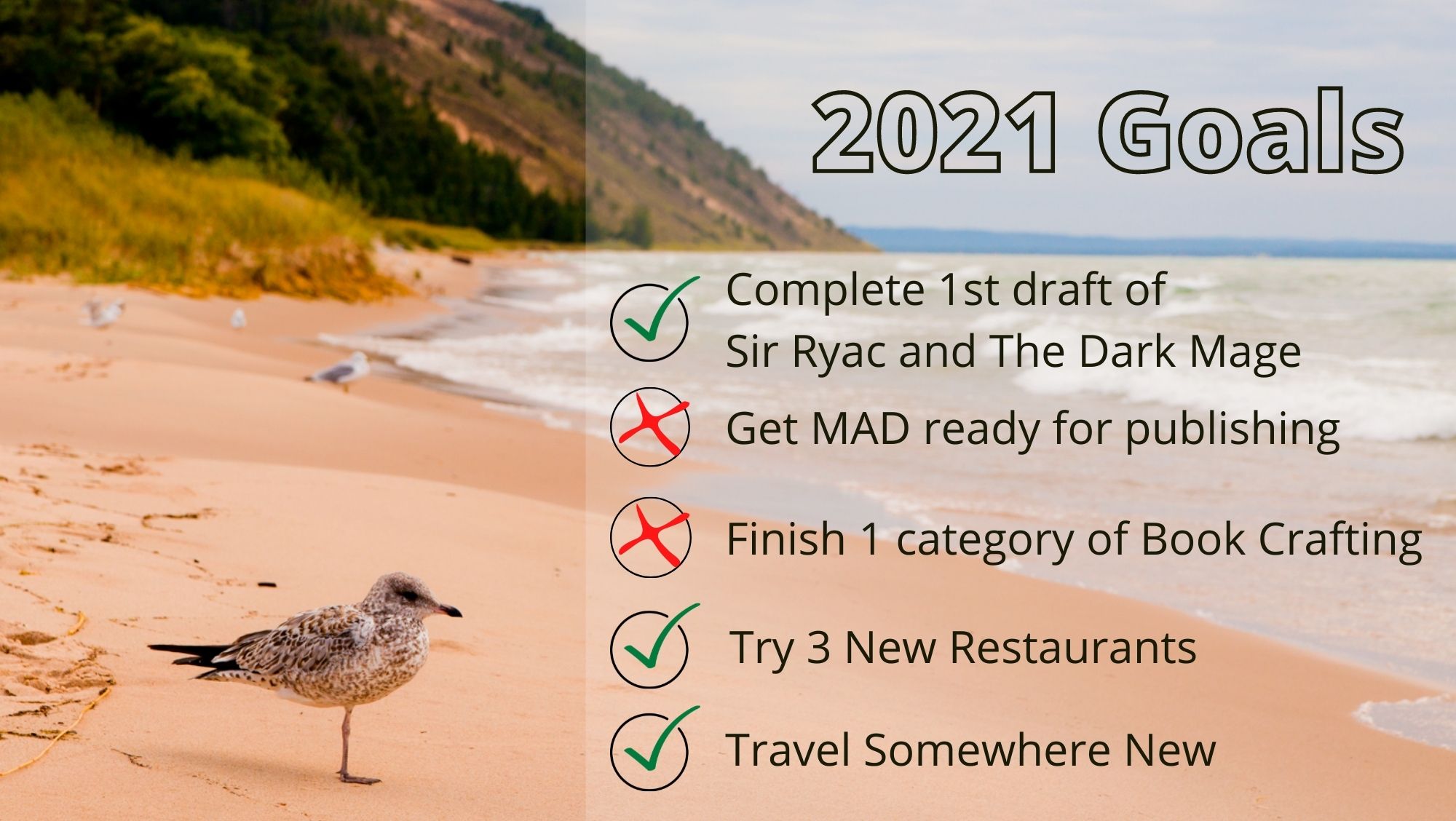 3 out of 5 isn’t bad, right? WRONG! It’s actually more like 4 out of 5, or like 3.5 out of 5 as I have started working on MAD again. I thought it just needed a few quick fixes (grammar checks, one more read through, and the like), but NO. I was so WRONG. I’ve heard from multiple people that the story is good, but that the beginning drags on for too long. So, after months (more like years) of procrastination, I’m finally going to shred it apart and splice it back together so the pace picks up better in the book. Don’t panic, I’m saving the original, but this new version will be very different. I hope in a good way.

The only thing I failed at entirely, and that I have no problem with failing at, is the book crafting. I’m not in the mood, and I’m not going to craft something that I’m not ready to put proper focus and attention into. It’s easy to write and edit something if it comes out twisted because of a lack of focus, but editing a bound book after the fact…no thanks.

While I may not have kept up with blogging my adventures this year, my husband did. If you’re curious to see the sort of adventures, both food and travel wise, that we went on, check out some of the blogs below. Here is a link to his site, which has even more travel and food blogs that I didn’t join him on. What can I say? I prefer staycations.

Best Restaurants in Bloomington - Ah, yes. The trip where we lost Evaki in the hotel room and thought she disappeared down into the furnace from the super easily removed air vent grates. She was hiding under a dresser that had a backboard that only looked like it went all the way down to the ground. Other than that, the trip was great. Tons of tasty eats and pretty scenery.

Best Hiking near Bloomington – Not sure I did too much of the hiking. I mostly stayed in the car and entertained our two Bengal cats, Evaki and Ella. They were unenthusiastic about … everything.

Day Trip to Indianapolis – From a local artist painting a mural to delicious eats, this was a fun day.

Exploring Port Towns in Southwest Michigan – This may have been a summer trip, but it was ridiculously cold out there near the lighthouse! My husband has reminded me of the awesome adventure park we went to. I seem to recall him not wanting to fling himself off the platform for a George of the Jungle sort of free fall moment. I mean, come on! It was awesome! Oh, and I beat him good at the wall climbing. Turns out, it’s not about muscle strength or endurance … if you speed run up to the top. ;)

Waterfalls in Michigan’s Upper Peninsula – On a slightly related note, Canyon Falls had some really nice Pokéstops. The waterfalls were, well you can check out his photos for what those were like, lol.

9 Restaurant Reviews around Ouray, Colorado – Sadly, the food pickings weren’t what either myself or my husband had been hoping for. Still, there were a few good finds. Not sure I can quite forgive him for not bringing me some of those famous funnel cakes, but I'm sure I could convince him to take a trip back there...some day.

Top 9 spots to visit around Ouray, Colorado – I was present on the tip, and I was present for a few of these, too. For some of them, though, not so much. What can I say, those hot springs really called to me!

Exploring Colorado’s Best Kept Secret – I was there in spirit. Physically, I stayed safe and sound in the hotel room. Or, I was enjoying Ouray's amazing hot springs. So toasty!

Pretty awesome, right? I mean, I know I said I wasn’t super productive, but hey! I still got shhhhstuff done! Looking back, I only wish I’d done more. Ah, well, there’s still what’s left of November and all of December to accomplish a bit more…before I start devising what next year’s goals will be. It’s even entirely possible that MAD and Ryac will both be ready for print next year. The cover art is done for both. Now I just need to focus and finish off the inside part, lol. Rest assured, I’ll have a blog and email blast go out once I publish my next book or books! Who knows, next year may be even more productive than this year.

And that’s it! It’s not quite my end of year recap, but in case I don’t do that, this will at least be a good place to stop.

Photo credit for both the main image and the seagull goes to the photographer, Nicholas Klein, behind NJ Productions (who also happens to be my husband). He has several prints available at his shop here. Of course, he always welcomes requests for specific photos, including those in his blogs. So, if you see a must have for home, office, or even a home office, be sure to let him know.