I will freely admit, I have been dreading this blog challenge. I’m a writer, not a photographer! I barely even take photos of my adorable kitties, and they’re frickin’ Bengals! That’s an adorable breed, also great for those with cat allergies, which is why we adopted them over, say, a super adorable black cat or say a gorgeous calico.

Anywhoo, the photos for this challenge were a real pain to find, but I did my best with the few I’ve taken. You can find the original challenger here. Below are the rules, and under all that are my attempts to follow the challenge. I shall refrain from challenging others directly, and instead, I simply open it up to all who are interested or who want a challenge.

Join the Challenge: Here are the rules

Now for the challenging part! 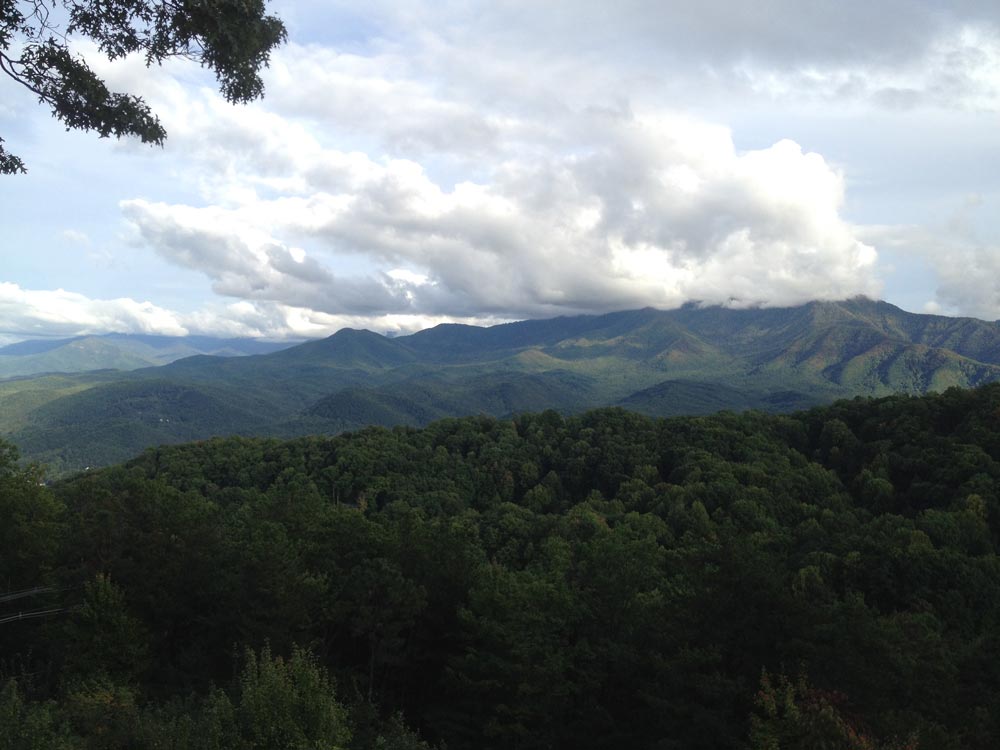 This is a bit of a loaded photo, in that it has some history behind it. The photo itself is of the Rocky Mountains. It was taken September 27th, 2015, just two years after our wedding. It was also the first time my husband and I had been back to the Rocky Mountains since our wedding there. Another first step would be the first ever ‘free stuff’ meeting if you just ‘listen with an open mind to what we have to offer’ time-share scam. So, there were a few ‘firsts’ for this one :)

More Work Than It Was Worth 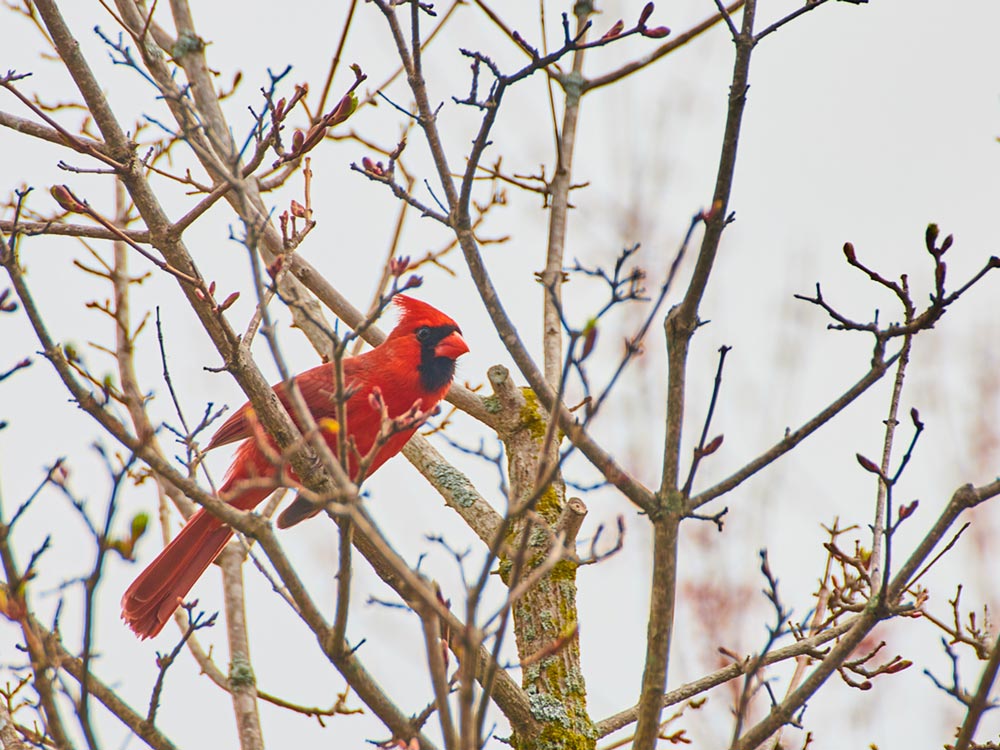 A Memory You Will Never Forget 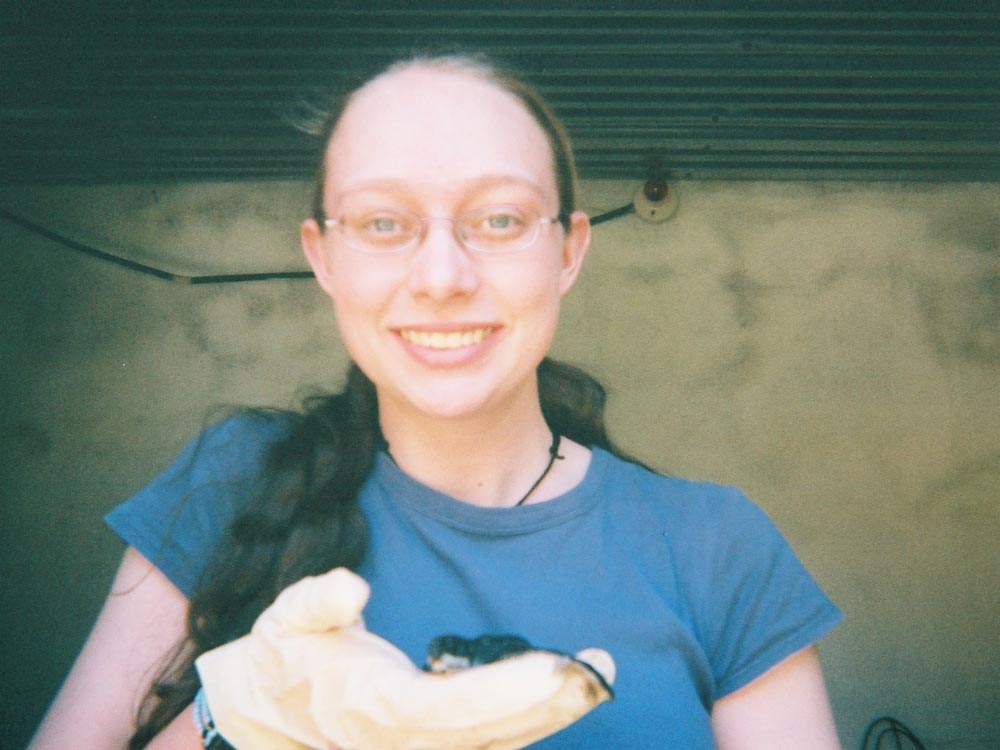 This photo was taken in Costa Rica during my 2018 Marine Biology trip there. 15 of us traveled there to help with the Leatherback Sea Turtle conservation. I was lucky enough to hold one of the little cuties – obviously with proper protection. And no worries, the baby was released later, when it had greater chances of survival.

Someone You Have Lost 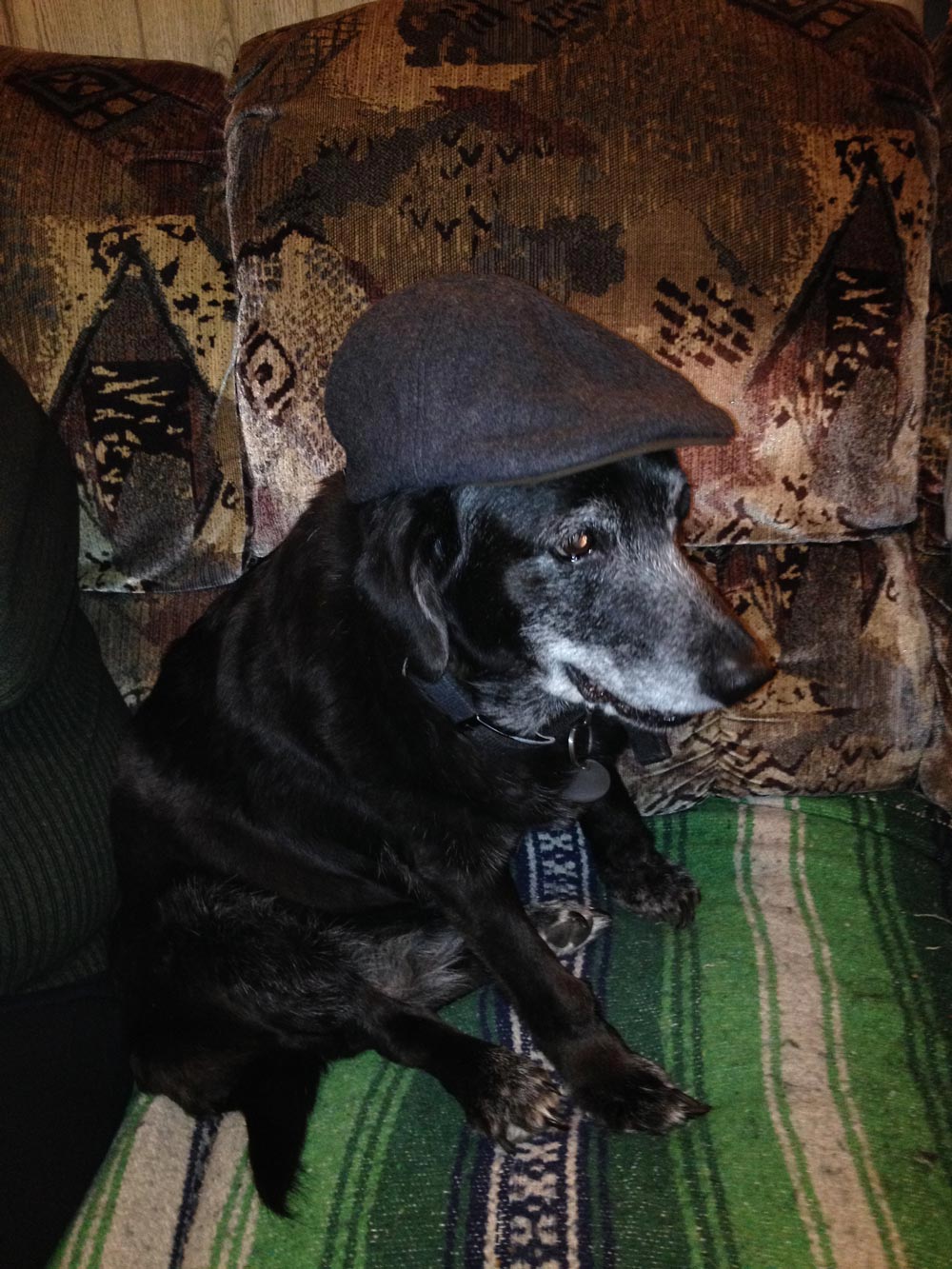 The above photo is of Hopper, a full-grown black Labrador. She thinks she’s people, lol. Hopper was lap-sized due to her being the runt of the litter. Why we gave her a hat for this photo, I’ll probably never remember. As for her name, she was a bouncy pupper. Her pogo stick legs had her constantly hopping whenever someone came home or someone new visited. It was a bit ridiculous, but also pretty awesome, too.

That Thing You Did That Time 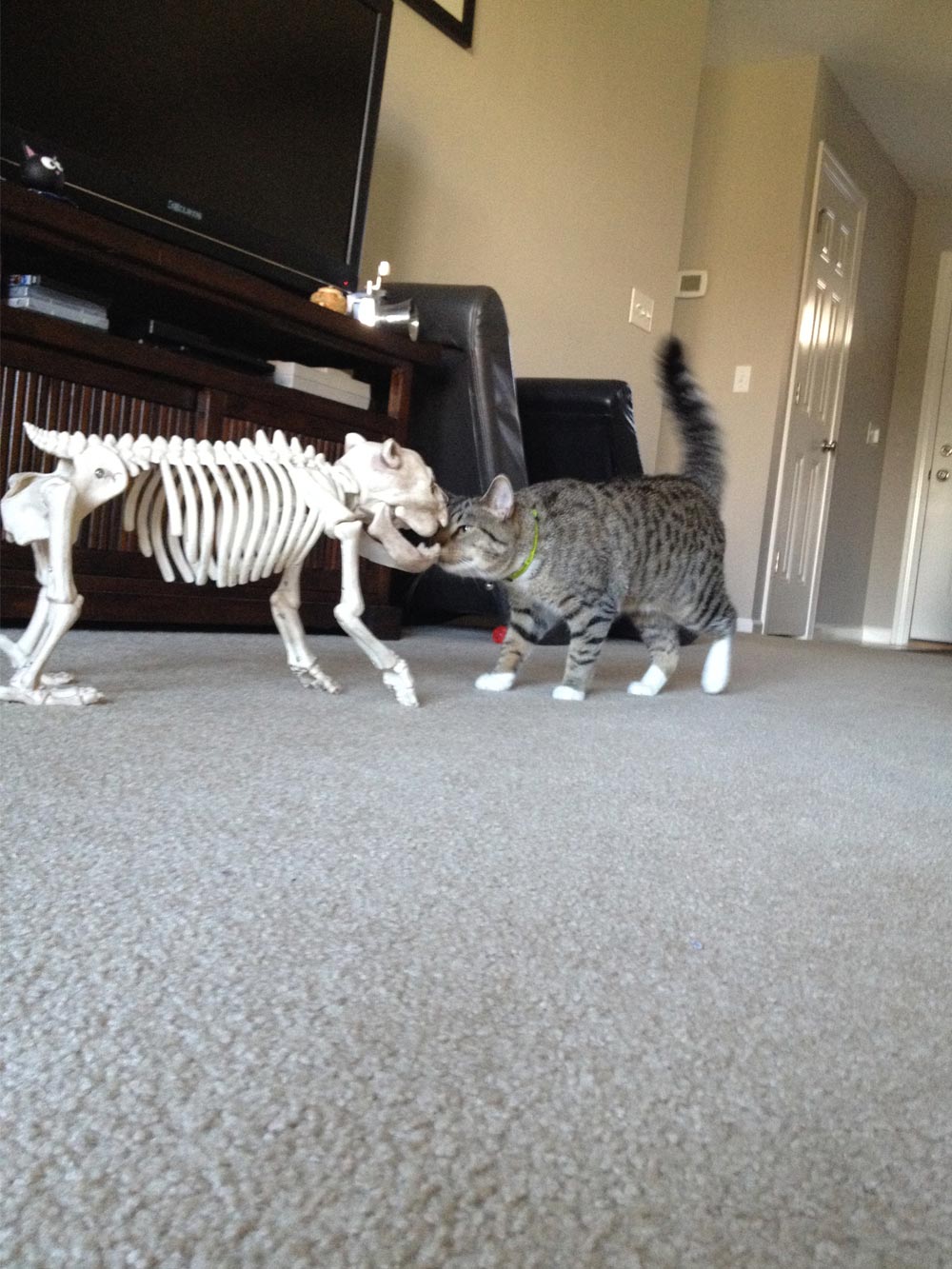 Back in 2015, my husband and I decided we wanted a cat. Our friend, Lici, happily obliged by loaning us one of hers (the troublemaker of the group). The above kitty was nicknamed Boots while he stayed with us. Being around for October meant he had a bit of fun with our Halloween decorations. Honestly, it fit his personality. The cat was constantly getting zoomies because he’d growl at something, freak out because something (surely not himself!) had growled, and then zoom around in terror. He also had a bad habit of trying to destroy my fleece pajama pants…with my legs still in them. Sadly, he had to return home due to severe allergies. No worries though! He found a good home shortly after that. 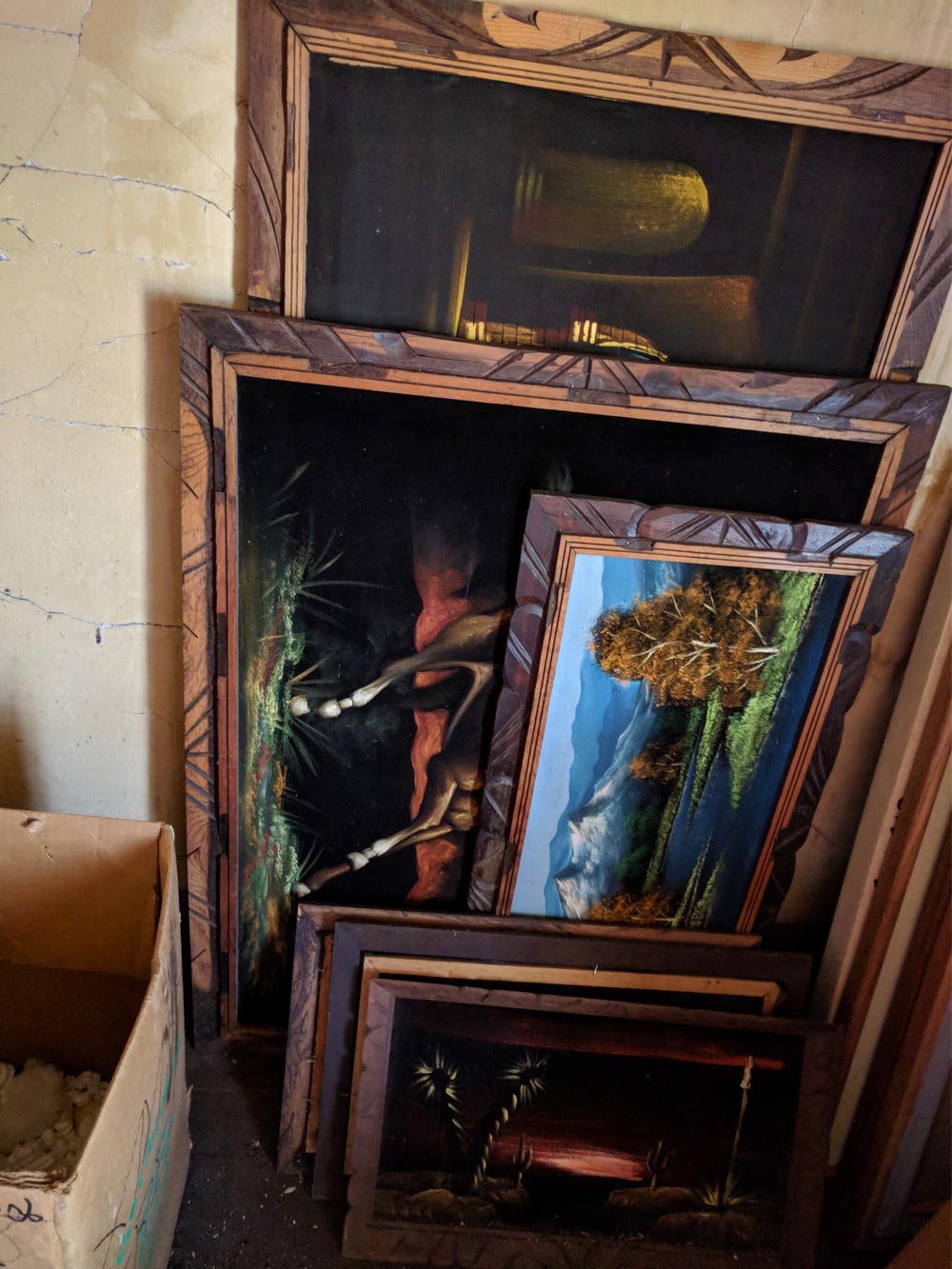 I found these gorgeous pieces of art in a back room at my grandfather’s house. The house was incredibly hoarded, dangerously and illegally so. Hence the rule breaking.

Something Only You Appreciate 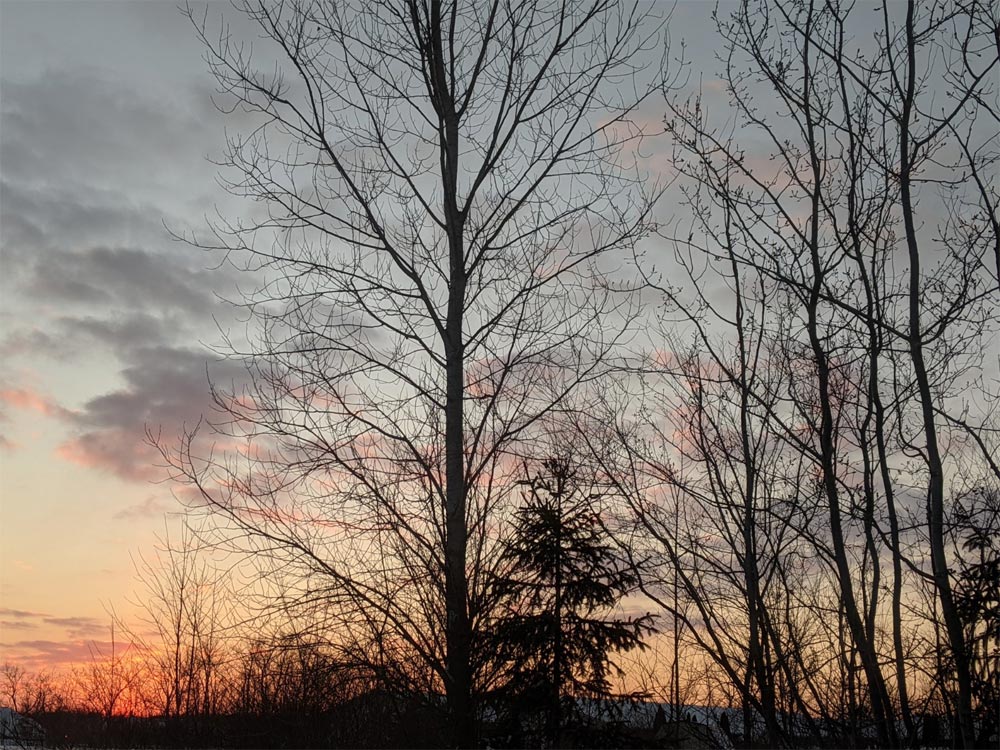 I’m not sure that I’m the only one who appreciates trees and sunlight and clouds, but I definitely have a strong liking of those dark silhouettes and the colorful skies. Snowy scenes like this are a favorite of mine, too. 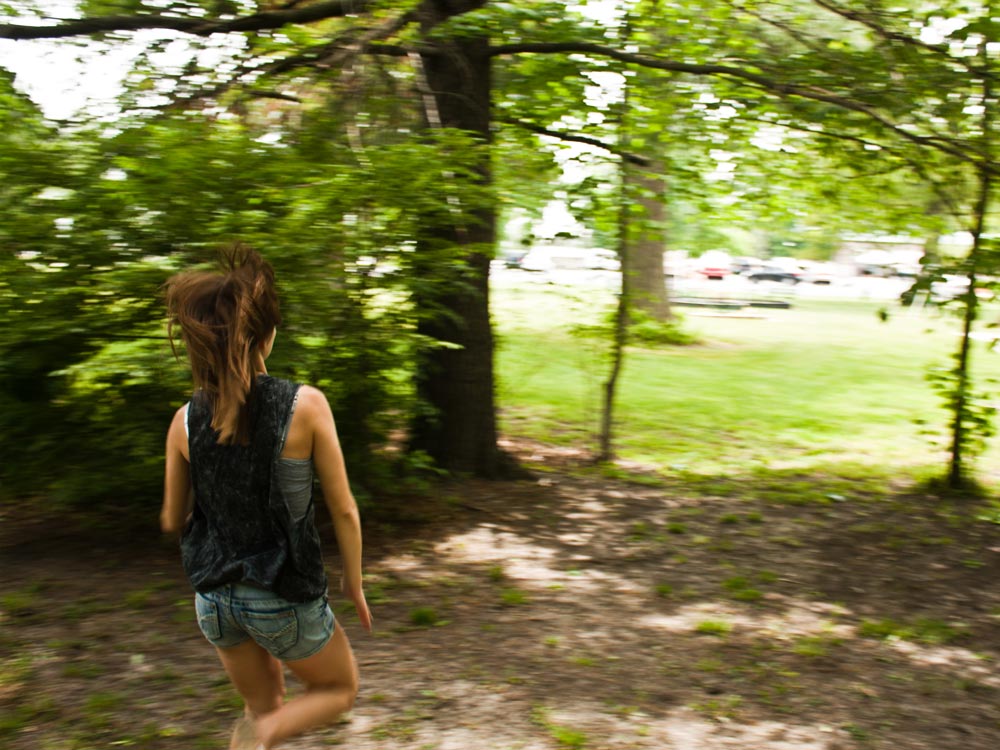 This photo was taken way back in 2013. My sister, Haley, had wanted a photoshoot. This was just one of our shenanigan shots from the photo session. I guess that by explaining it, the whole thing’s become a lot less abstract…or mysterious. Ah, well!

You Doing Something You Love 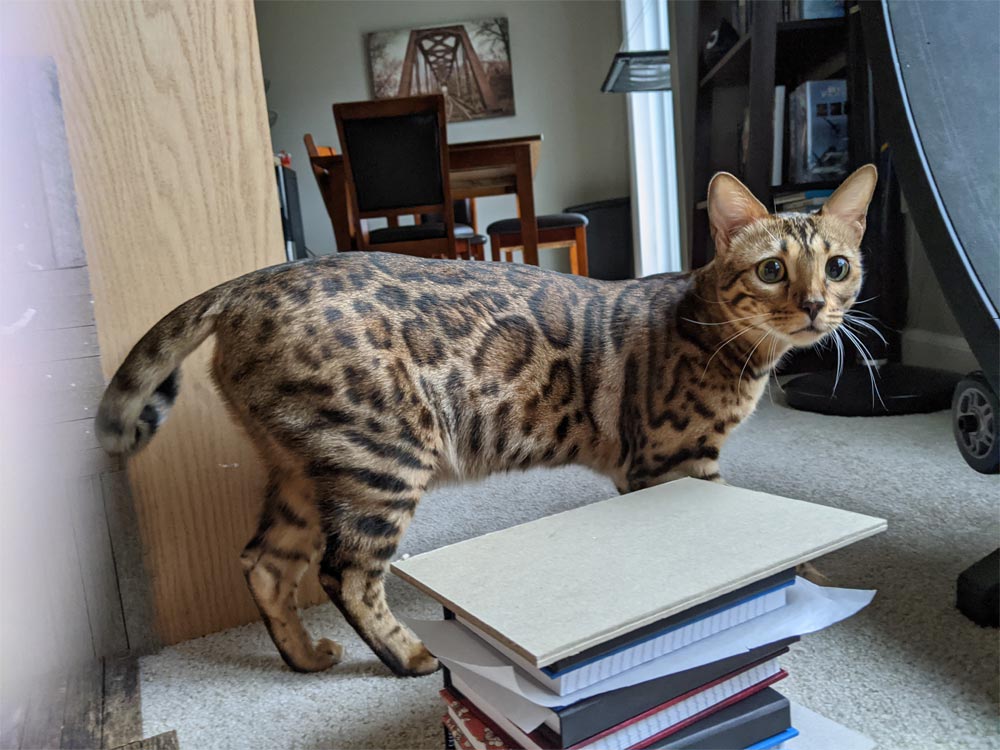 Oh, Ella! This photo was taken during my product photography time. I enjoyed creating handcrafted books and selling them. Evaki and Ella, however, enjoyed attempting to eat the books as I crafted them (mostly just the string and paper), and they also enjoyed exploring the ‘studio’ whenever I set it up.

A Companion In Your Life 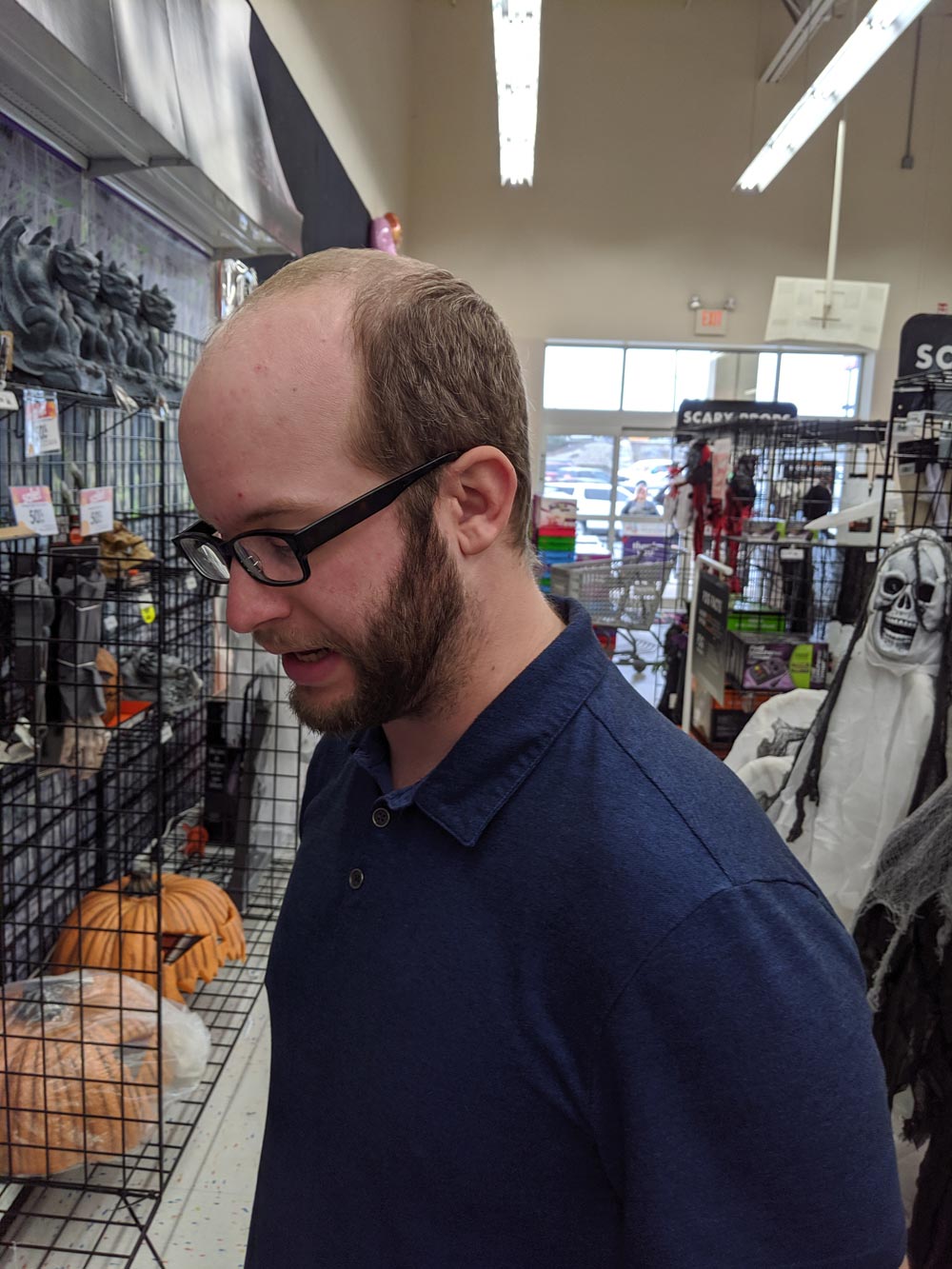 Great shot, right? I don’t have many photos that I’ve taken of Nick, my husband, or anyone else, so this is what he gets! Also, kind of what he gets for the photo challenge, too. lol

A Highlight From A Trip You Took 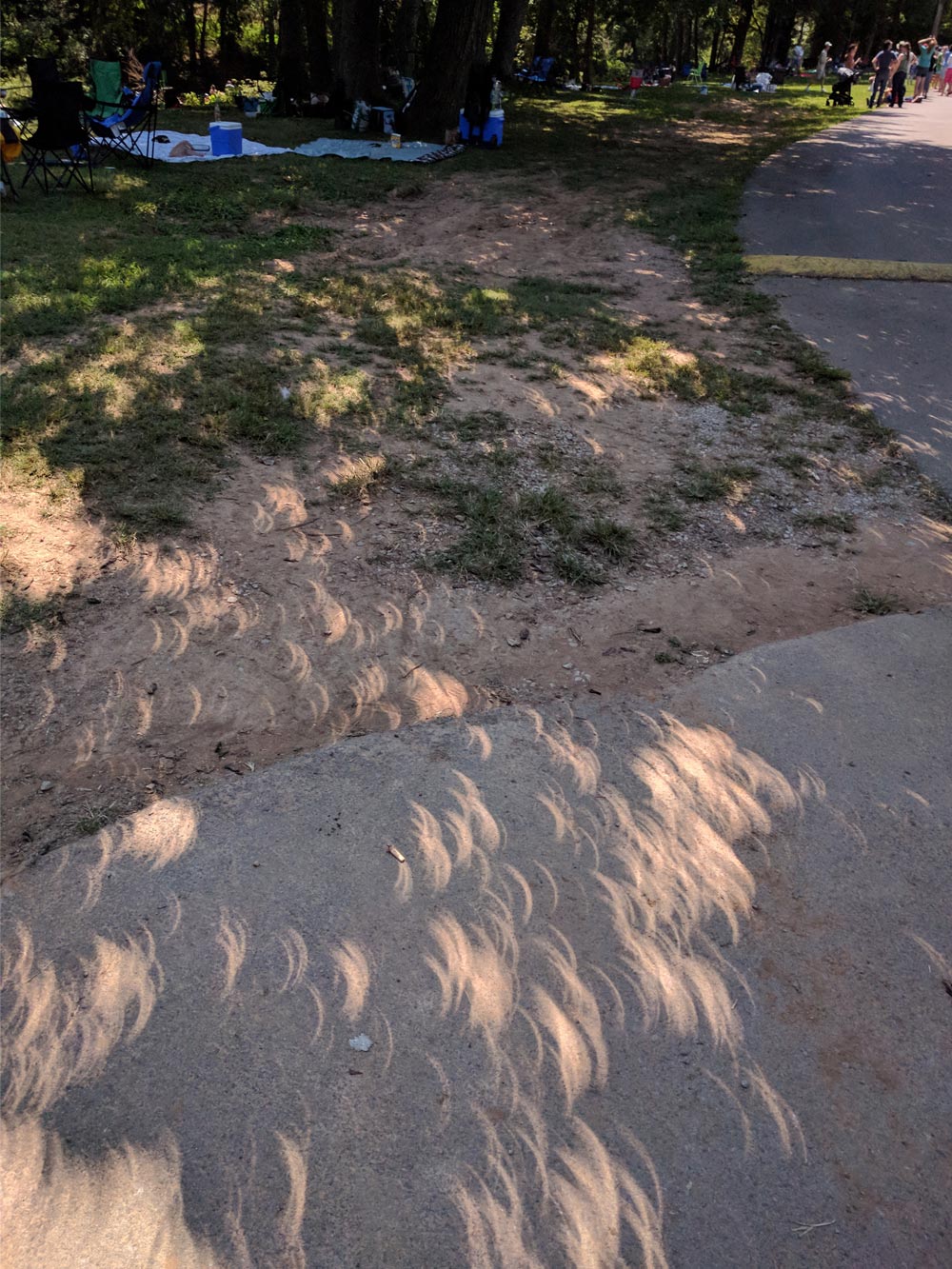 This was taken on August 21st, 2017 on the day of the solar eclipse. Due to the eclipse, the shadows on the ground transformed into crescent moons as the moon slowly eclipsed the sun. So cool! Or at least, I thought it was cool. This may have been a better photo for the ‘Things only I enjoy’, but it was also the coolest part of the eclipse for me – we didn’t have the proper glasses :*(

Doing Something New And Loving It 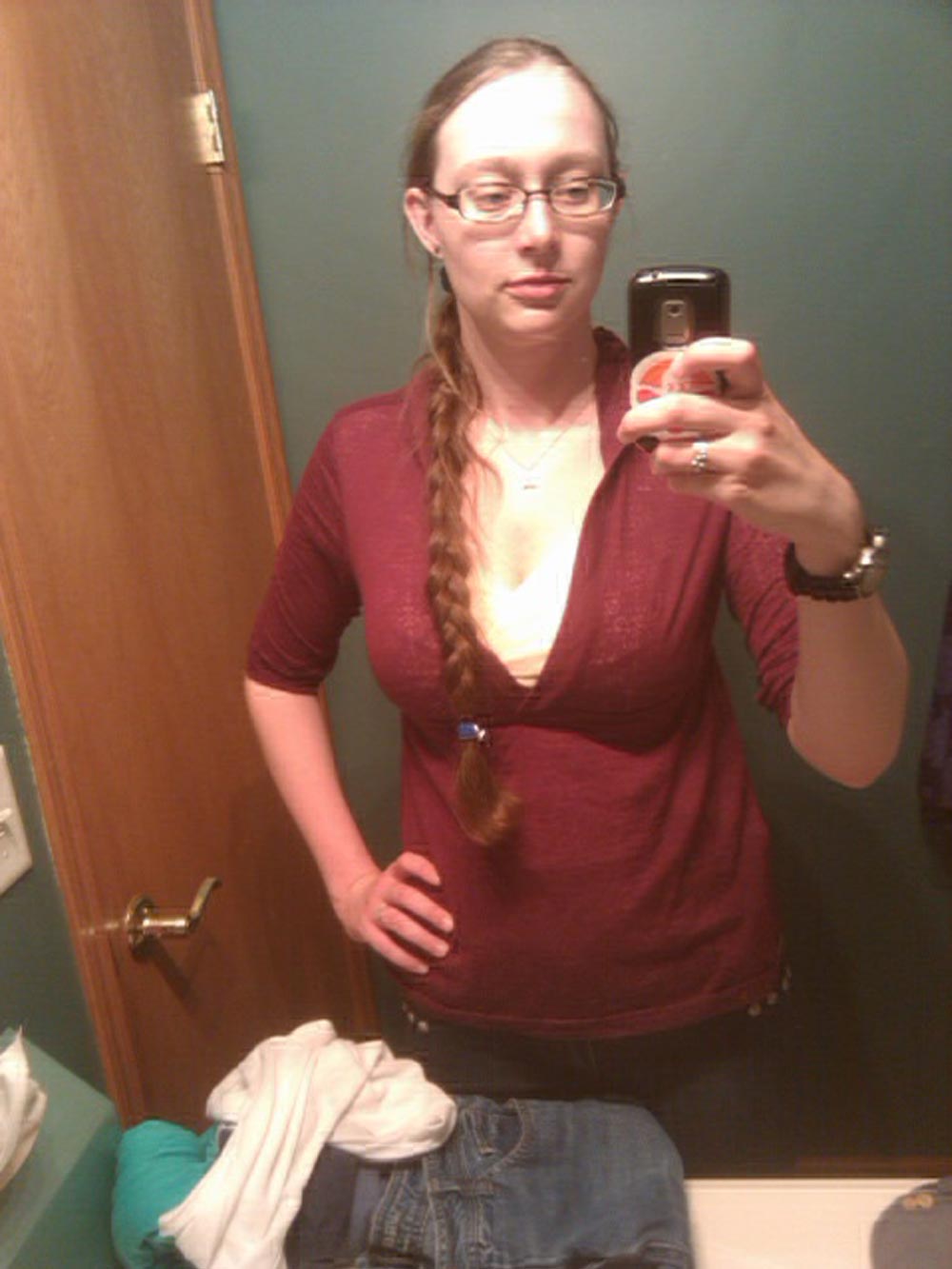 Yes, what you are witnessing is me taking a photo of myself in my sister’s bathroom. Granted, it’s a new outfit (for me), but the truly new thing was that I learned bathrooms really do give you great lighting or something. I haven’t taken many bathroom shots since, but I did fall in love with the look. Also, thanks for the outfits, sis!

And that's it! Challenge completed.