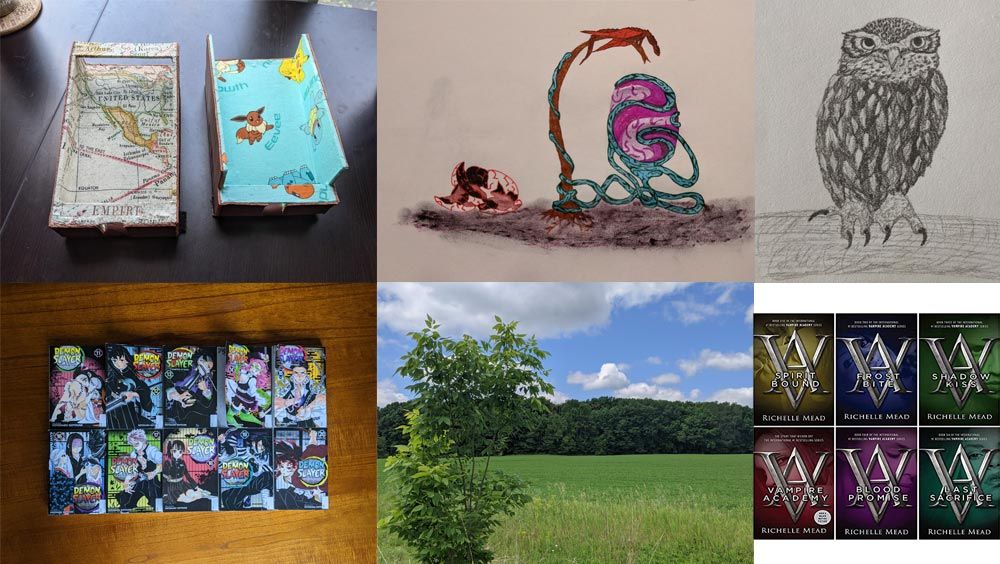 You’re not wrong if you thought this was an update blog! I haven’t been blogging lately, so there has been a lot going on.

To start with, I haven’t been crafting as much lately, and by lately, I mean the past few months. Yikes! I did, however, get back into Pokémon Go. Due to that random, new, gaming addiction, I created the bike attachments below. Eggs in the game require you to literally walk your phone around. Driving doesn’t count, but bicycling does. The bike attachments work rather well. The Pokémon themed one is mine while the map one is my husband’s.

While drawing isn’t really my thing, the two photos below come from two totally random moments of inspiration. The one is of an owl, which I think turned out well, while the other is of a dragon and an egg. Mostly the second one was me experimenting with different colors and having fun with it. I even cut open a gel pen to see what that would do. The answer? Make a giant mess where I’m still discovering purple splotches of ink on different pieces of furniture throughout the living room, dining room, and kitchen area. Turns out, the ink stays wet, so it totally smears when you touch it. Also, it cleans up surprisingly well. All in all, no regrets!

A little more art for your day! This photo comes from a recent trip to Michigan. I tried telling my photographer husband that the field and sky and tree looked gorgeous, but he only believed me when I took the photo below. Sure, his version may be better, but I’m still pretty proud of it. Also, this was somewhere new, so I’m counting it towards my New Year’s Resolution of going to a new place :) 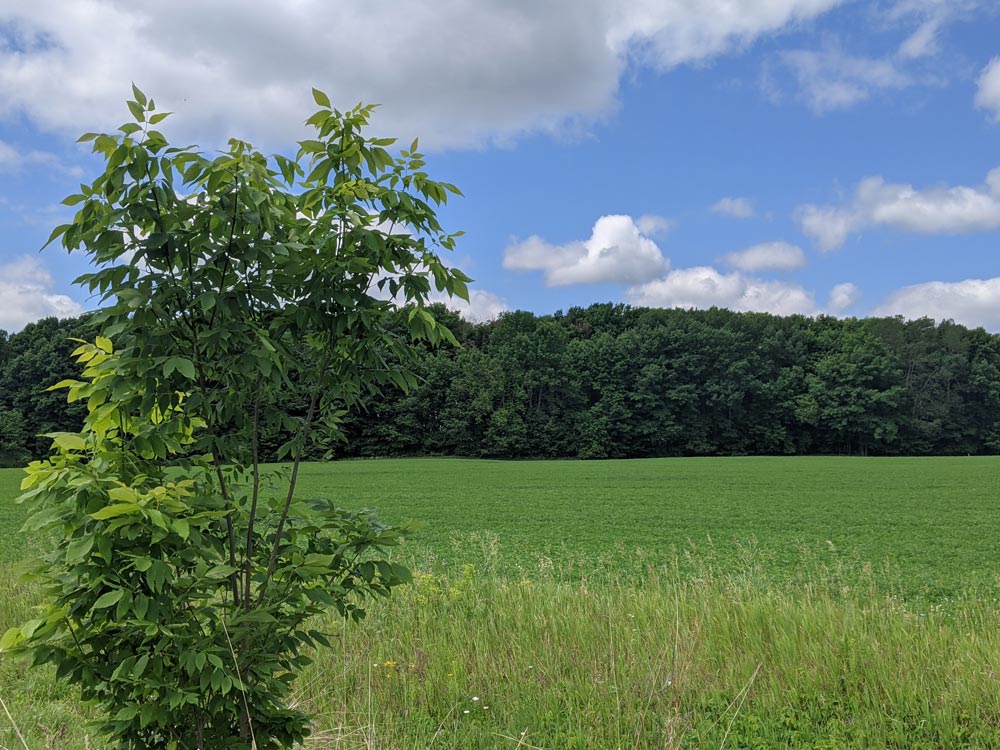 As a writer, I’ve been writing more lately, but it took devouring the manga series, Demon Slayer, to get me back in the mood to write. Also, as a side note, the author comments at the beginning of the books are just the best! Highly recommend both the anime and the manga. Both are phenomenal! And in case you were curious, I started with the anime, and when it ended, I turned to the manga. I may have to do the same for Black Clover. 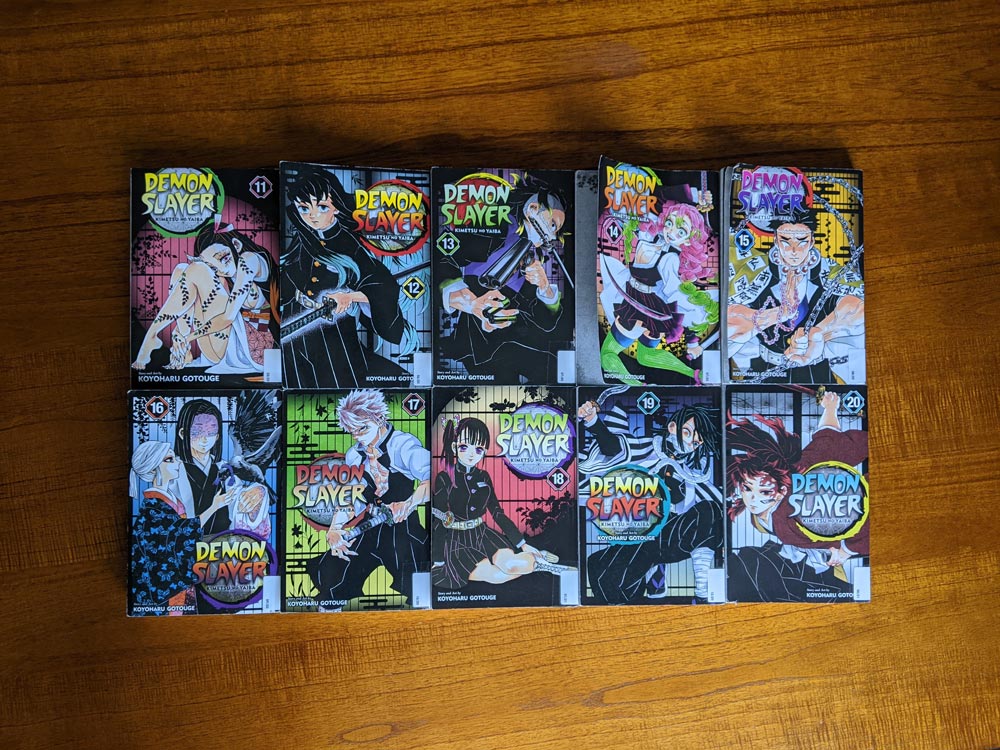 The most recent series I’ve started devouring is Vampire Academy. You may have heard of the movie, like I did, but I wanted more after the movie left me hanging. Luckily, this series is fully written, so I can complete it with no problems.

My personal writing, as I was saying earlier, has finally worked itself out of a rut. Thank goodness for that! I’ve nearly finished with Ryac and the Dark Mage. With any luck, and a whole lot of work, I’ll have that book published either this year or in 2022. A few other series have been tugging at my attention, and I’ve been working on a few at the same time, but for now, Ryac is the real focus. It’s so close! Of course, I also wrote a smaller story, not shared on my blog, about librarians and dragons. One day, A Wealth of Knowledge may appear as a…chapter book…I believe it’s called, at a library near you. Who knows? It’s written, but it’s really a book that requires full illustrations, and that isn’t going to happen so easily.