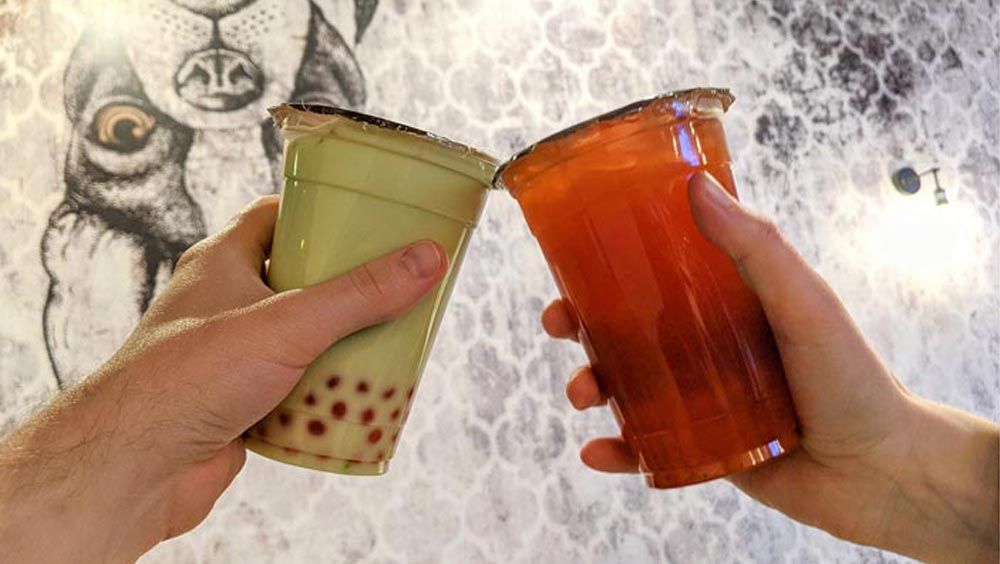 You read that title right! I’ve finished my food goals for the year! Just a quick recap, I had some simple New Year’s Resolutions for this year, and eating food from places I hadn’t been to before was on my list. The original goal was only like three places, but I kind of far exceeded that. Prepare to feel hungry!

So, let’s dig right in! I found out about the first restaurant due to endless Facebook scrolling. I’ve been wanting egg rolls (or spring rolls – both are good) for a while now, and I haven’t been able to find any that hold up well when delivered. My normal places weren’t holding up well. I do still love the egg rolls from Sarku Japan in the mall, Panda Express, and different buffets. The problem is, I won’t go into the mall right now and the drive-through lines for Panda Express are long. Plus, I like supporting local whenever I can.

Anyway, as I scrolled on my Facebook feed, I found a post that mentioned the best egg rolls in Fort Wayne. I jumped on it, and in hindsight, I probably should have done a little more research. The restaurant with the alleged best egg rolls in The Fort was Saigon Restaurant, a Vietnamese restaurant. I wasn’t about to risk a bad delivery on the egg rolls, so I picked them up fresh and ate them in the car. While they were piping hot, I wasn’t too happy with the flavor or the grease. Despite that, they were good. I was just hoping for something more. As I was specifically on the hunt for egg rolls, I didn’t try any of the other food, so I have no idea if I missed out on something super yummy, which I probably did. Below is a shot of the egg rolls I had, and yes, I ordered two.

Restaurant number two on my hunt for new food is actually Fort Wayne’s second Ghost Kitchen – Urban Greek. They are working out of the Cosmos Lima Rd. location. Oh, I should probably explain what a ghost kitchen is. It’s a restaurant that doesn’t have a physical storefront. Basically, it only does delivery or pick-up (Urban Greek does both). The idea is that there are no servers, hosts, tables, etc. They run their operations out of another business’ kitchen. I think some places have a large building where several ghost kitchens operate, so they don’t use someone else’s kitchen, but they still don’t have a storefront either. It’s fun.

Anyway, here are some photos of the food – these were taken when we did a photoshoot for them. We would have done the ones from the take-out order, but these ones are prettier.

From there, things get a little crazy. I don’t remember ALL the places we went, but here’s a rundown of the ones that I can remember, with photos, too! 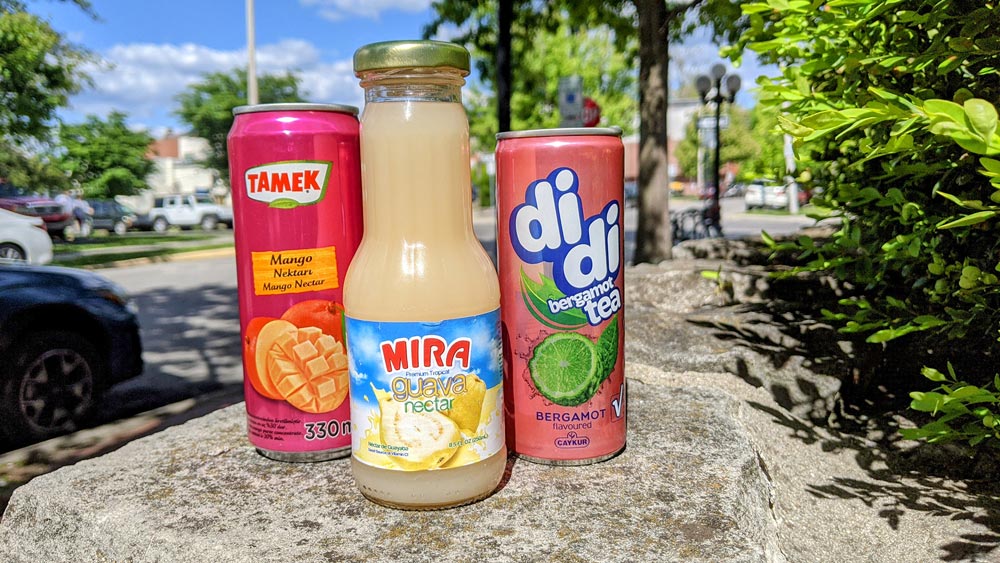 Next up on the food bonanza are these pot stickers from Do Asian Fusion Restaurant! Like everything else, these were super good! 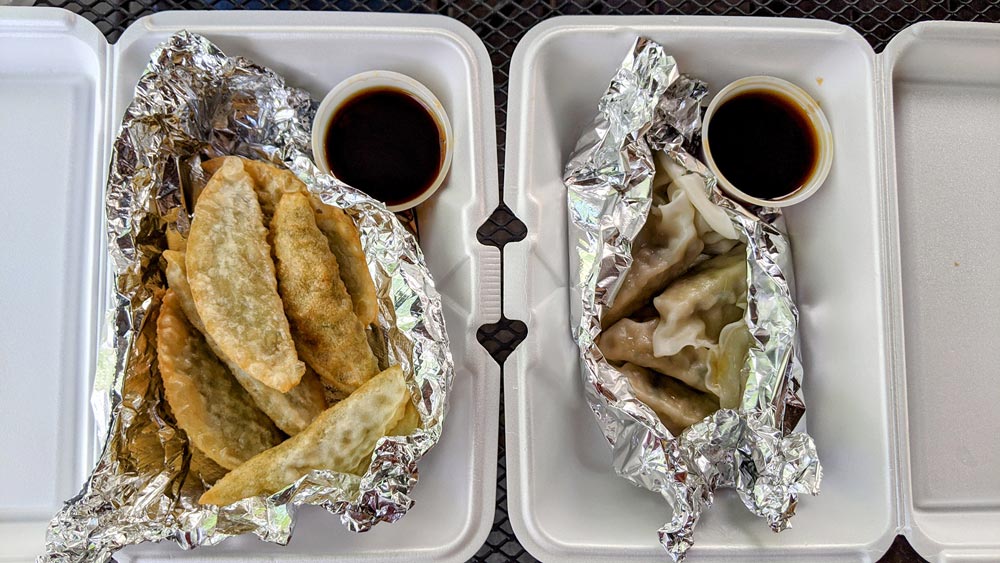 Of course, being in Bloomington, we had to try Mother Bear’s Pizza! Well, Nick did. I ended up trying their Stromboli hot sub. It still had their famous pizza sauce, after all! 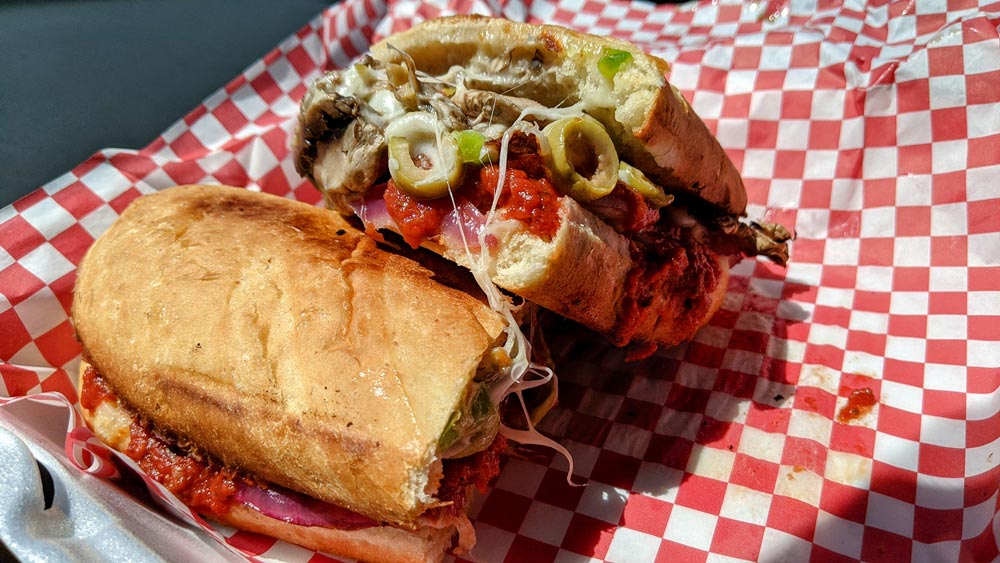 Below are some of the famous Square Donuts from Bloomington as well! 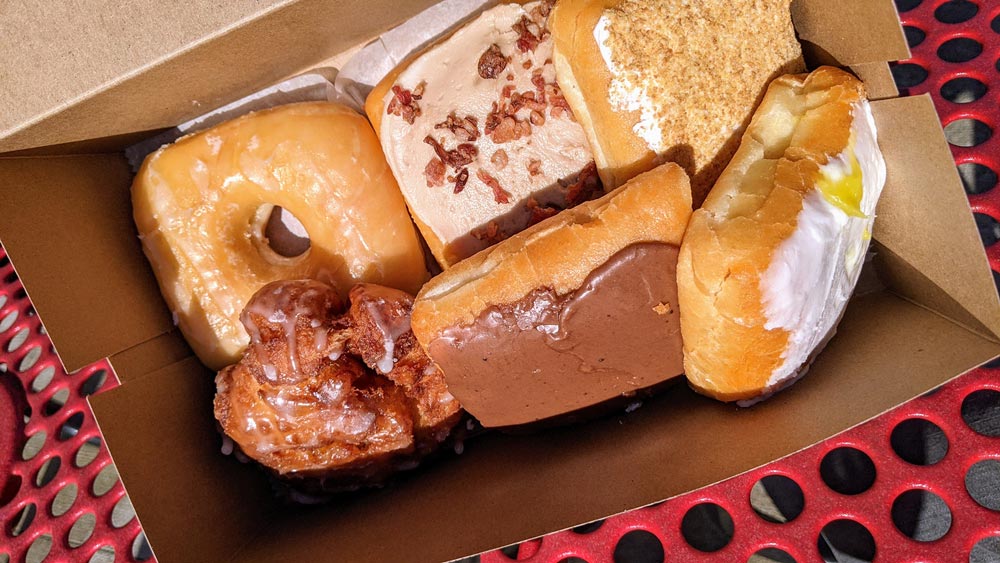 This last shot was taken at one of our favorite restaurants, Zero Degrees. This photo reminds me of the happy times there in Bloomington. 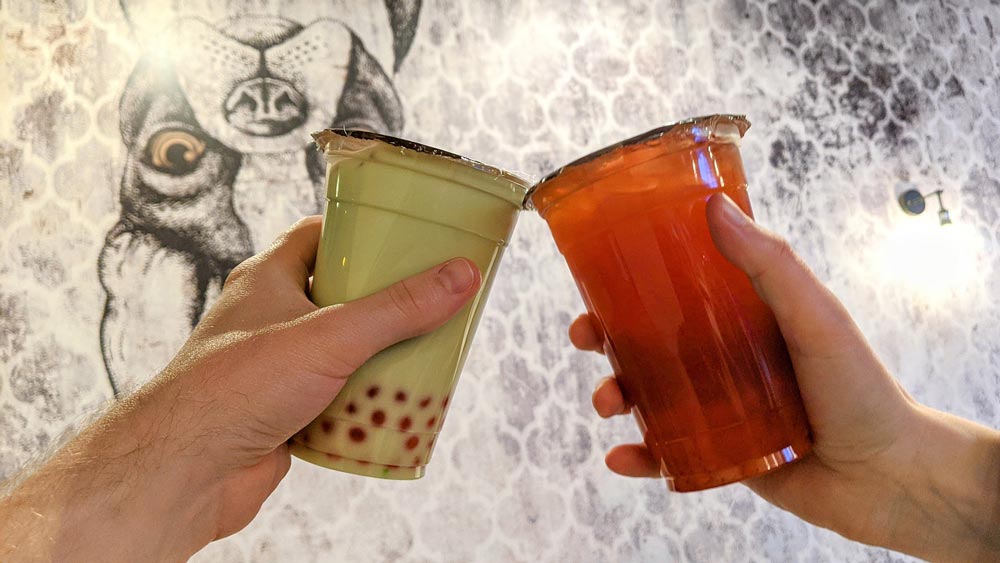 Moving back to The Fort, Fort Wayne, that is, there were three restaurants that we had a chance to check out…sort of. The first is GK Baked Goods. I have fallen in love with their cinnamon rolls! We found them, along with a shop that sold the doughy tower pictured below (sadly, I do not recall their name). Both were at the Farmer’s Market downtown. 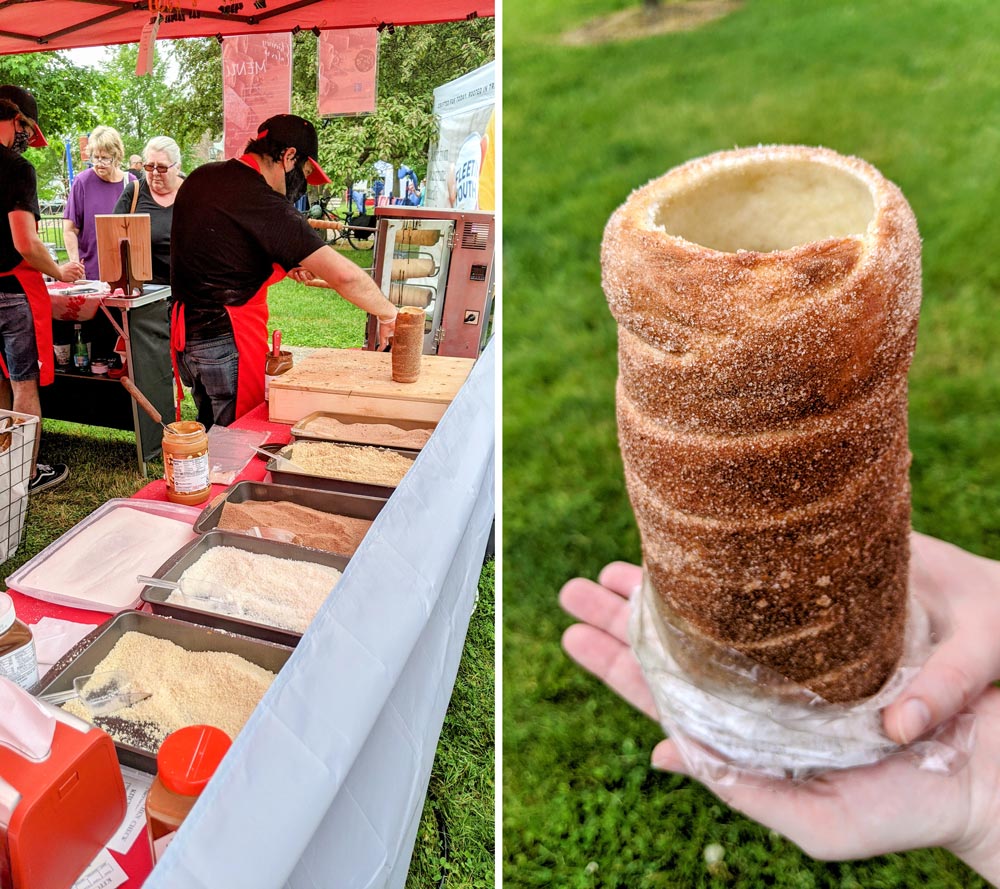 Speaking of downtown, while I have been to La Michoacana, I recently discovered their food truck and had a chance to try their version of elotes, a Mexican street corn. That, and their burrito, were particularly amazing! And that’s not even getting into their super awesome service! They often park their truck at Promenade Park.

Keeping with our usual theme of eating things either to-go out outdoors, we had a chance to try The Deck, downtown as well. SUPER AWESOME! I tried their portabella burger, and it took me until halfway through to realize there was no meat, lol. That’s seriously how good it was! I didn’t notice anything missing until I stopped to think about what was on my burger. Oh, and those tots! YUM! 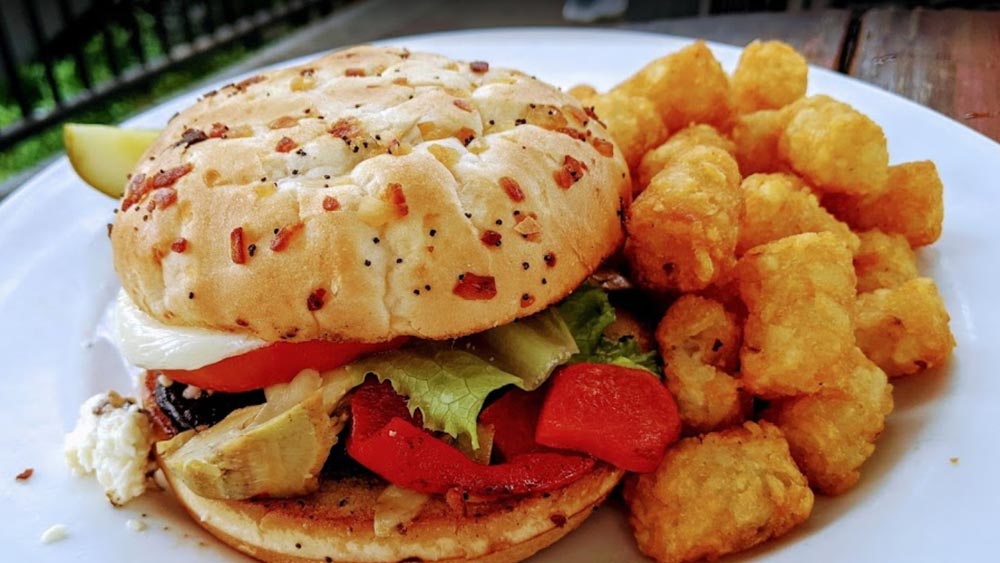 I know A.A Poke isn’t a recent restaurant, but it was a recent find for us! It’s a great place for bubble tea and sushi!

After the Bloomington, Indiana trip, we made it out to Baraga up in Michigan. That’s where we tried Irene’s Pizza. Also tasty! 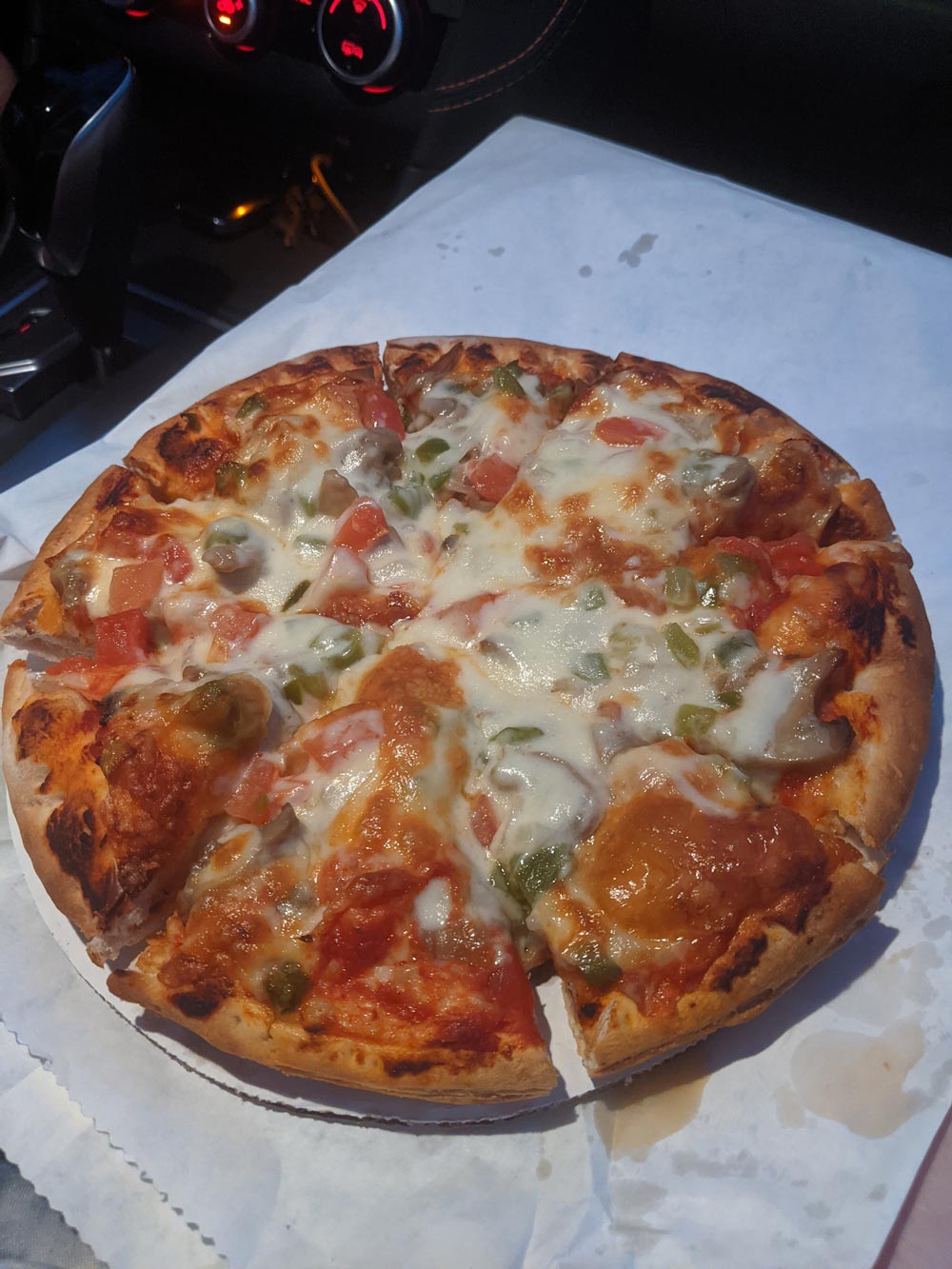 On our way back from Michigan, we picked up some bubble tea from Motea. It wasn’t the best we’ve had, but it was still pretty good. Mango black tea with popping mango boba is still my go-to. 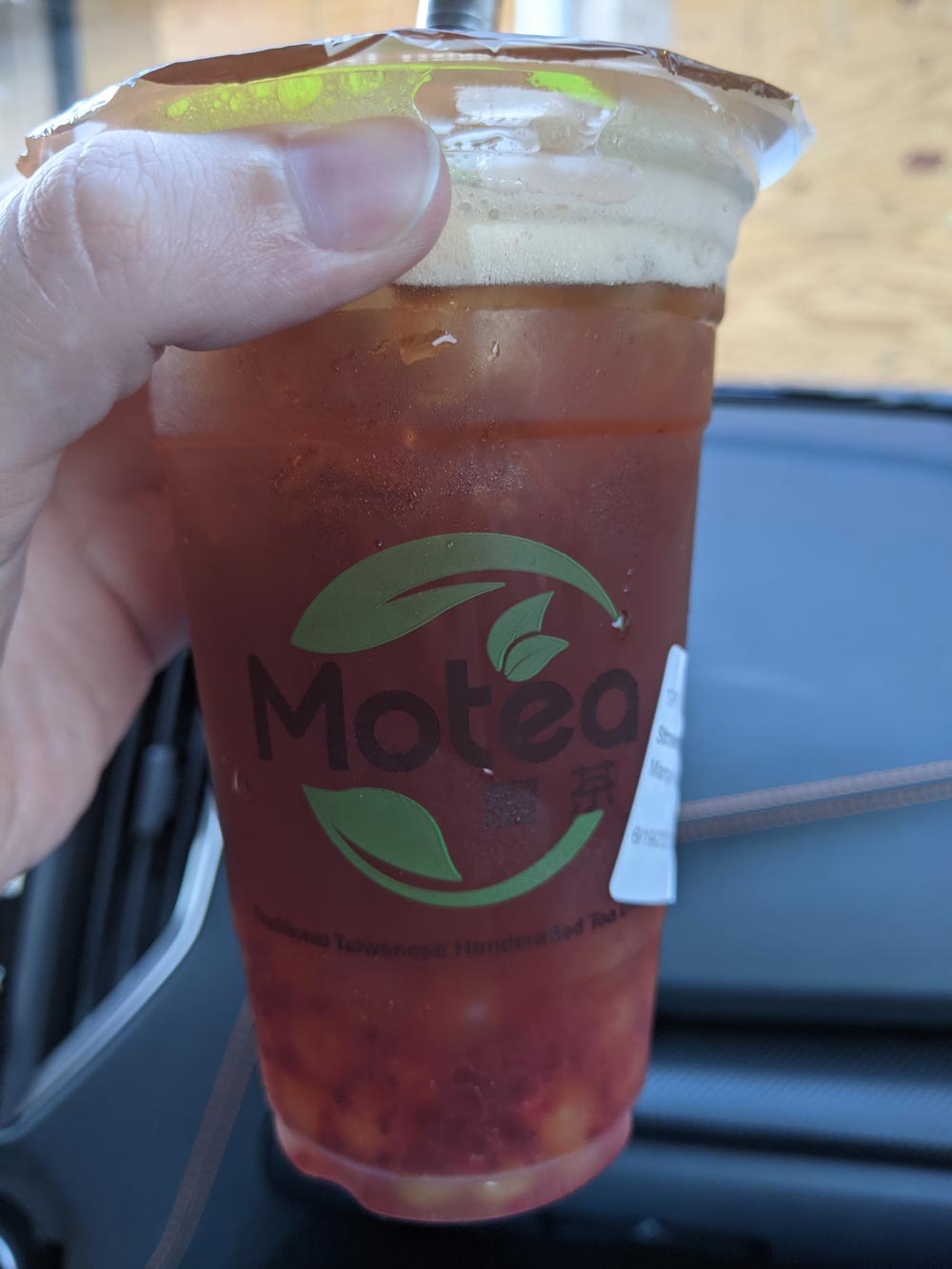 And that’s it! That has been a quick look into my summertime of new foods to try!