Tales of a Ferret Owner: Erin Hated Us 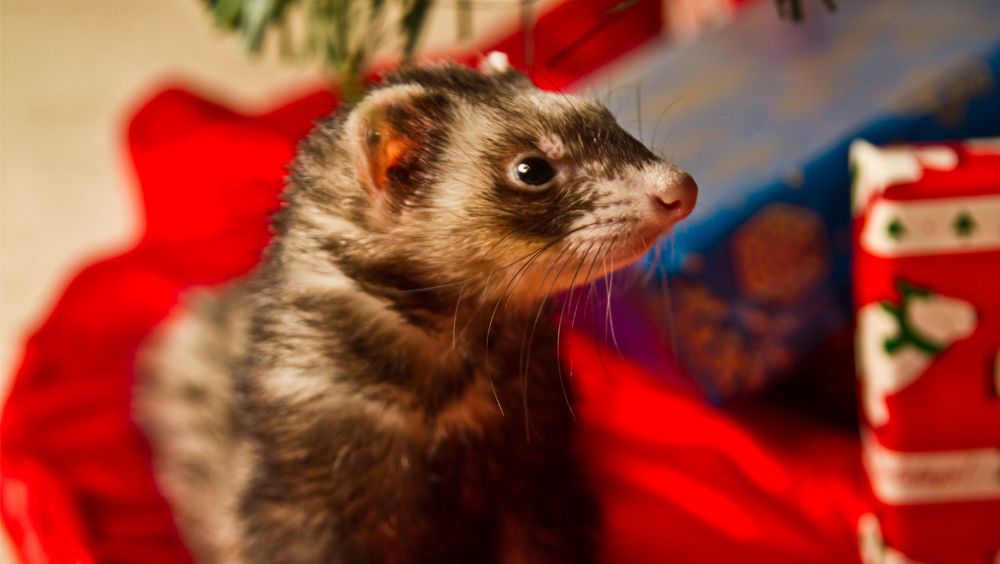 It’s been so long since I’ve written a blog. Normally I’d say that I was having a crazy year, but at this point, it’s kind of understood, isn’t it? I mean, there’s been a LOT less judgement going around when it comes to artists taking a break. There’s also been a lot of understanding and well wishing, too. I have to admit, I feel blessed being part of the creative community. I also appreciate the artists that have kept creating and sharing.

I won’t bore you with details, but I did want to give a quick and not too personal update. Since I last posted, I’ve worked on three different novels. Don’t get too excited only one of them is near completion and I’m NOT participating in NANOWRIMO (National Novel Writing Month) again, so the odds of a second book being published this year is pretty slim. Not impossible, mind you, just not likely. I’ve also been crafting books again and recently (last month) completed my desired craft list for my small books. I’ve since moved on to crafting medium books with…get this…lines in them. That’s right! My printer can finally print lines on the paper I use for my medium books! I’m nowhere near completing the 150+ books on my medium book list or the 10+ books on my large (that’s right! I now have a larger book I can craft!) book crafting list. Still, progress is being made behind the scenes.

Aside from that, I also worked on videos for a new (not so new anymore, lol) YouTube channel called Mythical Misadventures. There are still a lot of things we would like to add to the channel, but with things the way they are, scheduling and safety have been a big concern. Who knows what next year has in store for that side-venture.

A lot more has happened, of course, but that’s the bare bones of it. Now, if you’re still up for it, I’ll share another of those random ferret stories.

In case you haven’t noticed, I have a strong favoritism for Erin. Don’t get me wrong, I loved Tango and Teeka, but Erin was the clear favorite. Her tenacity far surpassed the other two. She stayed awake longer, too, which meant more time for mischief and for hanging out. Have I mentioned yet that ferrets sleep more than cats? (Mine did, anyway. They slept nearly 22 hours a day. That may have been due to their age though.) Some sites say ferrets sleep 15 hours a day, some say up to 18. If you research it, you’ll see that cats are similar.

There is one key thing to keep in mind about ferrets and sleep. And yes. I am going off on a tangent. No, I won’t feel sorry for it. Ferrets, unlike cats, often die if they don’t get the sleep they need. I’ve seen warnings not to have ferrets as pets for young children because too young of a child won’t see the harm in waking a sleeping pet. Cats will often doze while being prepared to wake up at any time, which may (I have not studied this fully!!!) be the reason they can handle the random awakenings. They can also snooze on cabinets, which does tend to make it difficult for small children to reach… Anywhooo, ferrets need their sleep. If they don’t get it, it can stress them out and cause bodily harm. It’s sad, but ferrets with young children will sometimes die if the child tries to take them out and play with them rather than letting them sleep.

Now, I know that was a tangent, but I don’t remember why I felt so gosh darn compelled to share all of that. Maybe as a warning? Buy pets responsibly? Seems like sound advice to me, anyway.

Back to the story! Erin hated us. Well, to be fair, I think she loved me. She would take naps with me, and naps are sacred, so I’m pretty sure we had a special bond over that. Bond or no, she could be a little shit at times. No. She was a little shit pretty much ALL the time. She bit me during our naps sometimes. I think it was to make me move so she could be more comfortable, but still! Sacred! Naps are sacred and she bit me!

Right, right. Getting back to the main point of the story. So, you remember how I told you the story of the ferrets going missing? Well, to put an end to that, sort of, we blocked off different rooms by closing doors. While it didn’t really keep them from disappearing, it did limit our search radius.

But this isn’t about them disappearing. Oh, no! This is about Erin not handling closed doors. I mentioned this before, but I don’t think you fully grasped what I meant by tenacious. There are a few different meanings of the word, but Erin was all of them.

Tenacious (Oxford Languages definitions): 1) Tending to keep a firm hold of something; clinging or adhering closely. 2) Not readily relinquishing a position, principle, or course of action; determined. 3) Persisting in existence; not easily dispelled.

I could literally put a check mark to all three of those definitions. I could share countless stories pertaining to them too…Hmm, maybe I should do that? Not today though. Today I’ll just share the story of what Erin did to our bedroom door.

Erin, didn’t like doors being closed. She, for the most part, would ignore doors she’d never seen open. The bedroom door, however, had been open for nearly the entire time she’d been with us. Closing a door was like issuing a challenge, and Erin obediently sought to win that challenge.

2 hours. She scratched at the door for 2 hours. She did take water and bathroom breaks, but those just crushed the spirit as she went right back at the scratching, huffing, pacing, head poking under the door, head slamming on the door, body slamming actions she performed. The door shook, too. So that was an added fun sound to hear. Headphones helped, but the damage on the carpet, which she had decided could be dug up and moved aside so she could fit more than her face under the door, eventually made us open the portal.

I honestly don’t know how the paint held out against the assault. I also don’t know how long she would have rallied against the structure. I do know that she won. She got what she wanted. But it wasn’t the end. Not by a long shot! In hindsight, we should have admitted defeat. We didn’t know Erin very well, but we certainly learned later, after a package arrived.

Photo is of Erin during Christmas time