Tales of a Ferret Owner: The Missing Ferrets 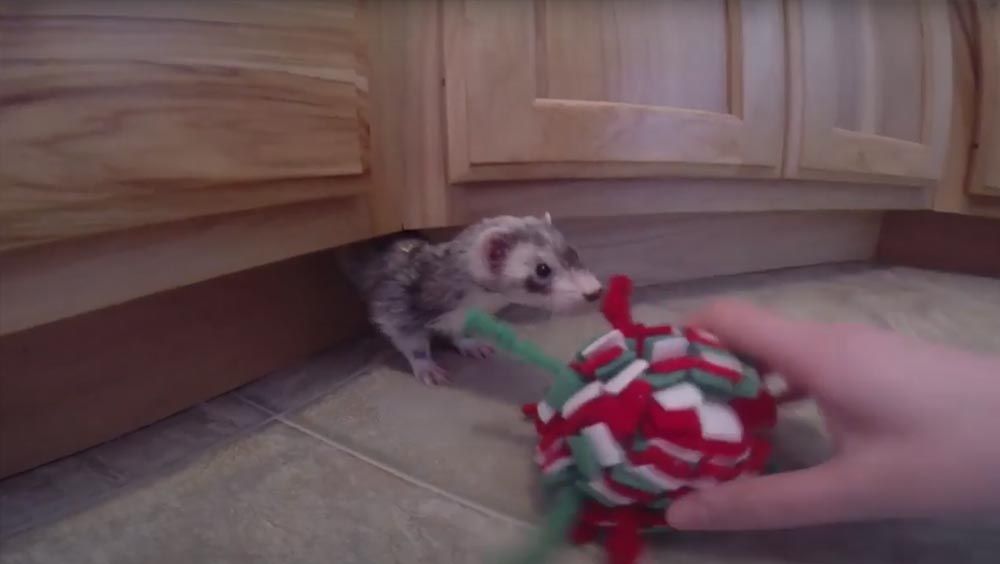 I was going to write a blog this week about a Dungeons and Dragons campaign, but I’ve been more interested in writing about the ferrets. So, don’t be surprised if the next few blogs are a continuation of their crazy antics and shenanigans. I may interrupt with a short story, but it’s unlikely.

It didn’t take long for the ferrets to go missing. Now, before you go judging me on this, let me first explain a bit more about ferret proofing a home and some horror stories I’ve heard.

Ferret proofing a home involves finding every spot that is an inch or more tall and blocking it off. Laundry rooms? Hah! Ferret-escape-into-your-walls-if-you-have-a-duct-that-isn’t-properly-sealed room more like! Oh, yes. It has happened before. I’ve heard of a ferret that lived inside the walls of a house because it went up or down a heat vent. I’ve heard of them entering construction areas and just disappearing. Sometimes they come out, sometimes they don’t. Their favorite thing in the world is digging and burrowing. That means all that insulation is like ferret heaven to them. They go in, and they don’t want to come out.

I’ve heard horror stories of ferrets dying from being sat on because they burrowed into couch cushions. I’ve heard of them being crushed from crawling under couches that sink when sat on. I’ve heard of issues with rolling over in bed and crushing them. Really, you get the point. Ferrets have a tendency to get crushed if not careful. They’re so sure of themselves, that they have no fear. They remind me a lot of a honey badger, but without the honey badger’s durability.

My point is, we didn’t know any of this until it was too late. The only saving grace was that we had a newer home and are organized and clean to an annoying extreme. That meant, there really weren’t many places for a ferret to disappear to. Or so we thought. Honestly, I can’t tell you the number of times we thought we were set only to have them thwart our plans.

Teeka, Tango, and Erin all pulled a disappearing act at the same time. Oh, Erin and Teeka were the first to disappear under the couch, but we heard them and saw them do it. We also had checked to make sure we could safely sit, which we could, without crushing them on accident. So, Tango was bigger than Erin. His method of going under the couch took too long and he often became frustrated as he watched the other two slithering under the couch and running free only to go back under.

Oh, don’t get me wrong. It took Erin a lot of work to get under the couch, just about as much as it took to get under the bookshelves. Unlike Tango, she had motivation in the form of Teeka. Tango didn’t have that single-mindedness when it came to following the others around.

Anyway, the three of them went missing at the same time. Can you imagine? Three very active ferrets, and I couldn’t find them! But I did hear them. I was doing a patrol in the kitchen when I heard chittering. I used the sound to track it their likely location to…our kitchen sink’s cabinet. I opened the doors, confident that I’d found them. I wasn’t exactly sure how they’d opened a door, but I’d heard of cats using their paws to do that, so I figured it made sense for a ferret to figure it out.

I needed them out of the sink cabinet, since it was full of cleaning chemicals. It took me a while to search the cabinet as there were a lot of bottles and small boxes to move around, but once I had, it became clear the ferrets were not in the cabinet. Yet, I still heard them! They were still chittering and clawing at a wooden surface, and the sound was clearly coming from nearby.

I checked adjacent drawers. I opened other cabinet doors. Nope. No ferrets. Just the sound of three ferrets having unseen war dances and mock battles.

I didn’t find them. Tango, who’d had enough of the ladies fighting, popped his head out of his hiding space, from under the cabinet. I kid you not! They’d found a tiny triangle hole under our cabinets that let them go into an unseen and inaccessible space under the cabinets! They had a full three inches of playroom under the wooden board that was our cabinet shelf space. (Just to let you know. We later discovered that all the cabinets in our house had these triangle openings. They disappeared in our bathrooms sometimes as they went up under those sinks as well. It was chaos, I tell you. Chaos!)

I will tell you this. Teeka loved ditching Erin in this area. Being tiny, Teeka could disappear up that odd shaped hole in the time it took to snap my fingers. Erin…uh, let’s go back Teeka. It’s easy to explain by following her route. So, Teeka could make it up in a snap. Then, she’d run along the full length of the kitchen sink’s perimeter to reach a second hole on the other side of the same cabinet. She could then escape out that hole and scurry off to disappear under the couch often before Erin could even get herself fully up into the first hole.

If you thought Erin’s speed at getting herself up in there was bad…Tango was just the worst. The poor guy often had his face pecked out by Teeka as Teeka tried to escape and he tried going up that second hole while Erin blocked the first one. I honestly didn’t blame him for keeping his distance. Teeka didn’t take interruptions by others well. And Erin…well, Erin caused him and Teeka problems.

It really came as no surprise that Tango was the second to pull off a disappearing act. After all, hanging out with the ladies often meant having his fun blocked by Erin or his face bitten off by Teeka. Check back in next week as I describe his solo mission to help gray-up (very unsuccessfully, I might add, and much to my dismay) my hair (I want gray or white hair so bad! Don’t judge me. Evaki does that enough on her own, the crazy cat).