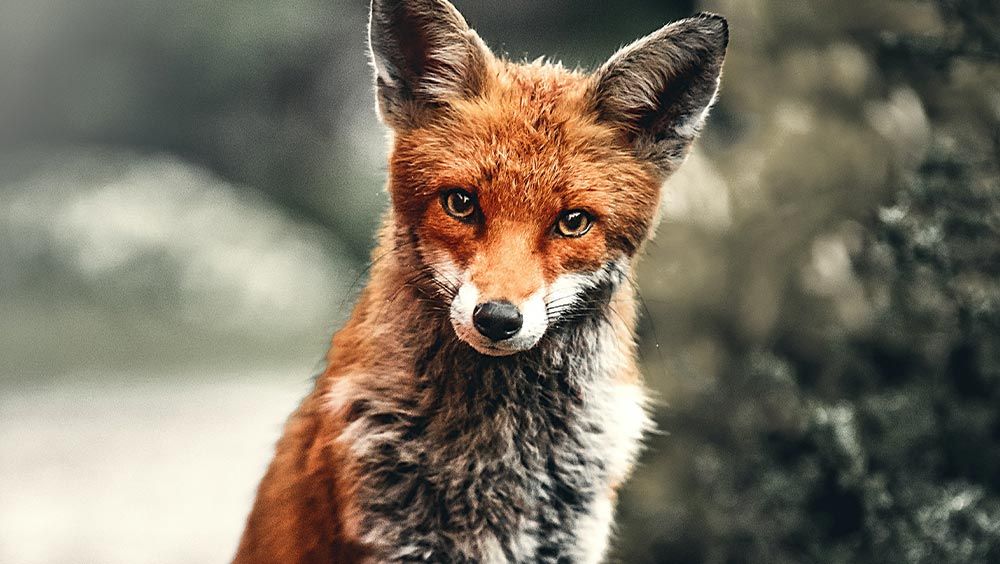 I hope you’re having a great Friday! This week’s story is a short story that comes from a book series I started (and have yet to finish) a few years ago. I keep meaning to go back, but for now, I’ll settle with writing fun stories that can stand on their own.

Next week I may share a short story that comes from me being the owner of three very interesting ferrets. I’ve had some behind the scenes, so to speak, requests for what it’s like to own such unusual creatures. Until then, I hope you enjoy this short story!

Her mother noticed it first. Even so, some inner instinctwarnedher of the danger. Together, they stiffened fearfully as they hid beneath the blueberry bush. Neither dared move, not even to draw breath.

The world buzzedwithsilence. No night bugs sang, no owls hooted, not even the restless wind could stir the trees into their endless moaning.All held still as ashadow of deathlurked withinthe valley.

Panic struck as she felt her fur bristling at the unseen threat. The movement, which felt forbidden in the booming silence, brought with it a dread unlike anything she had known in her nearly seven months of life.

The more time passed, the stronger the fear grew. Her lungs burned for air. Her ears ached for sound. Hermuscleslonged for release. Her dry eyes yearned for moisture.

The tension broke her mother first.As her mother dashed by, shesaw the fear of knowing in herdilatedeyes.Those black eyes that brimmedwith madnesskepther still. They saved her life even as they doomed her mother.

Sight, sound, breath, movement. It all came back in a mad rush. The valley stirred as one. The shadow of death, the mother killer, it cried outat the return oflife.

Through the call of the forest, her lungs found breath, her muscles found release, and her eyes found tears. Blinded by fear and grief, she ran until her bloodied paws lost their once sure footing.

Motherless and alone, she collapsed in an open field. When she awoke, an owl stood over her.The clearing buzzed with insects, and the wind stirred the trees.Shelay still, certain that death had reached her. This death she accepted withoutstruggle.This, hersoul toldher,thisendingobeyed the natural laws.

The owl hooted, stirring her out of her thoughts. She chirped questioningly at the oddness of the other creature's behavior.The Law, though not binding, had an unspoken rule that hunter eat prey. Why did the owl hesitate in its hunt?

The owl gave a singular hoot and lifted its talon from around her neck. It blinked then and turned its head around, offering her some dignity in rising.

Still weary from her escape from the terrible shadow, she stumbled gracelessly to her feet. Eventually, she settled into an uncomfortable sitting positionas her body ached from its flight and the pads of her paws still bore the cuts and bruises from her long flight.

As the owl made no move to look back, she took the time to lick her fur clean of her mother's blood. Her outward dignity restored, she sat still and waited for the owl. Normally, she might've run away from such a powerful predator, but the owl's calm and respectful demeanor had her attention. While the two spoke different languages, she understood that much from theother'sbehavior.

As her movements stopped, the owl swiveled its head back around. It took a slow, cautious step to the right.Whenshe didn't stir, the owl took bolder steps aroundher until it had done a full circle.

The owl stopped and hooted once, twice, and then cocked its head to the side, its eyes blinking slowly.

She held her ground, certain the owl meant no harm. Even when the owl took to the air, its wingspan more than tripling its already bulky size, she held still. Then, quite suddenly, the owl flew for the tree line.

When she didn't follow, it screeched at her and flew back. The old terror came back as she feared the sound might draw the attention of the shadow creature. She ran after the owl as she felt more secure with the known predator than with the unknown.

They traveled like that for many hours. While the owl didn't tire, her own injuries, injuries incurred from a mad flight, often left her panting for breath. More than once she had to pause to ease the spasms that twinged at her sidesor to lick a pebble free from a paw.

During such rests, the owl would pause on a nearby tree branch and watch her in silence. The hooting and the screeching from before had ceased since entering the woods, much to her relief. The less sound they made, the more secure she felt.

The owl's pace quickened as the night sky met the first tinges of dawn's first light. Despite the increase in pace, she refrained from uttering a sound of complaint, lest she lose her strange guide.

The sound of water put a spring in her step, and she hurried to catch up to the distant owl. By the time she reached thedistanttree,the owlhad moved on.

Before her lay a body of water far greater than any she'd ever seen. Far in the distance her keen eyes made out the barest sliver of land surrounded by the waves.

Nearby, she heard the owl's familiar hooting.Only, when she turned to look, she saw the owl flapping in the air as it hooted at a bulky form near the shore and not at her.

Cautiously, she approached the two creatures. The owl eventually settled onto the sandy beach, though its head kept spinning around, as though displeased by the splashing of the nearby waves or else with being on the ground.

Near the owl loomed a not so tall creature with a bulky body and a curious head. The two seemed to communicate, somehow, for the larger creature flipped its head in her direction at the same moment the owl looked at her and hooted.

The bulky creature bobbed its head, as though in greeting. Remembering her mother's teachings, she recalled her manners and fluffed her tail in a greeting of her own.

The owlruffledits feathers, a possible sign of agitation. The movement caught the bulky creature’s attention. It bobbed its head at theowl,and then it turned.

The sight made her forget her manners and she found herself staring rudely at the creature as it maneuvered sluggishly toward the incoming waves. Blog by sarah maree. Odd appendages flapped up and then pushed the sand back as it moved its bulky almost rock-like body toward the sea.

As the creature took to the water, she turned back to see the owl studying her. Astheymade eye contact, it hooted at her, flapped over to the rocky protrusion on the other creature's back, and hooted again. Then it flew to her and then back to the departing creature.

She watched the odd displayat first, buton the third repetition of the action, she chirped her confusion and tilted her head.

The owlscreeched in reply. Then it flew into to air and backtowardthe trees.

She would have watched the owl leave, but the slow progress of the other creature, which seemed to somehow have something to do with her, had captured her attention.Distracted, she became easy prey. Talons wrapped around her belly and soft wings touched her face.She didn't react fast enough to do much more than let out a confused and fearful chirp.

The next thing she knew, the owl deposited her on the stone-like back of the sea goer. Water splashed at her paws and a light spray stung her eyes with its saltiness. She turned back in time to see the owl hovering above the shore. It hooted a higher note than before, filling her with courage. Then, as mysteriously as it had come into her life, it vanished into the dying night.

The odd sea goer didn't make many sounds as they made their way to the distant shore. Onceinthe water, its movements became smoother than they'd been on land, so much so that she could sit or stand on its back and not get wet or lose her balance.

She did, however, have a terrible dousing whentheyreached the other shore. Though the sea goer did its best, the waves flung her from its back.

Despite the drenching, she recalled her manners enough to offer three chirps to express her gratitude. Before she'd properly finished her final chirp, she flipped about and began busily licking the water from her drenched coat.

The sky had lightened significantly by the time she finished washing. She debated what to do and where to go. The forest of her birth lay beyond the waves and beyond her ability to return to, at least not on her own.

Her exhaustion returned tenfold, yet she did not stop to rest. She needed a safe secluded place for that.

An unfamiliar screech pierced the air, sending her pointed ears back in dismay. Her own recent past had her moving toward the sound before she thought things through. The sound, while it reminded her of her own recent struggles, had been loud and deep enough to come from a larger creature.

She reached a clearing at the top of a hill and stared at the unfamiliar sight of tall smooth rocks that soared into the air. Ivy clung to their sides, making for an easy climb, if she needed to escape an enemy on the ground.

The sun crested the horizon behind her, illuminating the area with the day’s first light. Ahead of her, she spotted a creature unlike any she had seen before. It stood on two legs and loomed over the tallest of the bushes that lined the clearing.

As the light illuminated the area, the creature turned and looked directly at her. Their eyes met, and the other cried out. The sound, so joyous, put her back on her feet, despite her exhaustion. This one. This one she trusted above all others. This one would chase the shadows away.

The other spread its other limbs wide in an embrace. Fearless, she ran into the waiting arms, home at last.