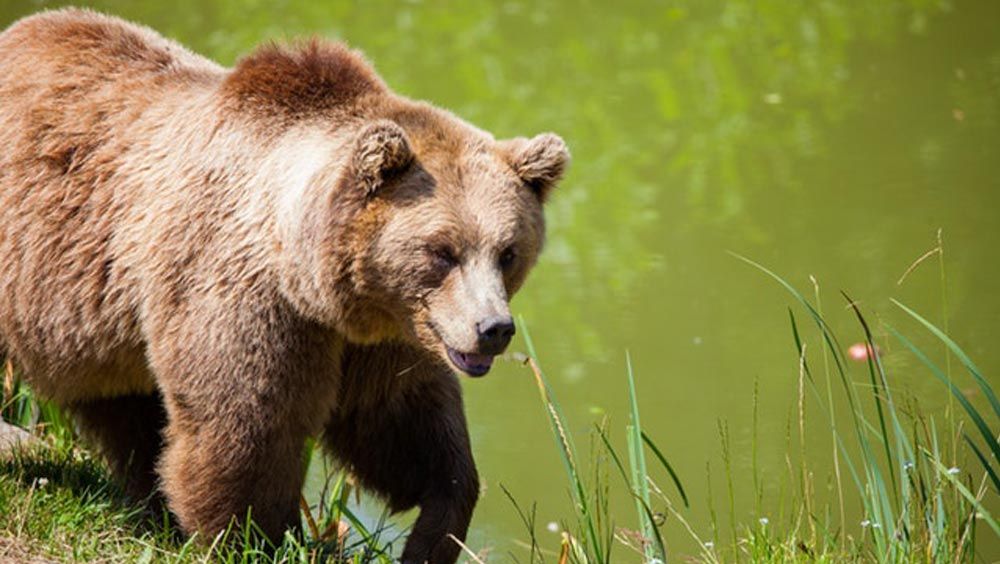 I hope your Friday is turning out to be an awesome day! If not, then perhaps this bear story will brighten things up. Oh, and if you must know, I have edited one chapter since last week. It’s been a very crazy week – a good week but a crazy one.

If you have no clue what this short story is all about, check out my blog Role-Playing Shenanigans. Also, for anyone who receives emails about my latest blog…sorry about last week’s photo mix-up. If you have no idea what that means, yay! And also don’t worry about it :D

After that I’ll likely be sharing more ferrety madness.

An Alliance Operative was sent to meet with the group. She was the biggest and baddest around with the resources and knowledge to murder them. Needless to say, her presence made everyone nervous.

Due to his high level of charisma, Terric was nominated to be the talker of the group. Since the operative appeared interested in talking, Terric had a good chance of success. He quickly took control of the situation.

Jack, however, had Leaky Brainpan and had to roll a Reality Check. He, of course, rolled a natural 1. Instead of the badass operative, Jack saw a massive bear. He immediately started yelling at Terric to get away from the bear. Then he pulled out his saber and ran at the operative and started swinging at her. She easily dodged the blows, but negotiations took a turn for the worse. Throughout the attack, Jack continued yelling for everyone to flee from the bear.

“Jack, don’t do it! That’s the operative!” Terric shouted.

As the two argued, the operative landed a blow on Terric, who had positioned himself between the two combatants. Jack saw the injury as a bear claw wound, which only strengthened his belief that he was fighting a bear.

In the end, the group was forced to wrangle Jack to the ground, drag him back to the ship, and force him into the cockpit for the remainder of that mission.

For the rest of the campaign, Jack grumbled about, “That damn bear.”

GM & DM: This stands for Game Master and is similar to a DM or Dungeon Master. The two titles differ on the type of role-playing campaign that is being played. A GM presides over a d20 campaign while a DM presides over a D&D game. The duties of a GM or a DM are to organize the game. They are the ones in charge of creating the details, the challenges of the adventure, the non-playable characters’ actions; all while maintaining a realistic continuity of events within the adventure.

Dungeons & Dragons or D&D: A fantasy role-playing game that takes place in a fictional and medieval myth based world.

Charisma: This skill or attribute can be used to negate combat actions between players and NPC enemies. It is sometimes combined with wisdom and/or willpower and is a measure of a character's social skills, and occasionally their physical appearance.

Leaky Brainpan: Characters with this negative trait have a difficult grasp on reality, often making them unpredictable and a bit crazy. For a more detailed description visit: http://web.mit.edu/starflt/Temp/SoSt-SerenityRPG.pdf

Reality Check: For a character suffering from Leaky Brainpan, this is a dice roll that determines how well they are able to grasp a situation or reality.