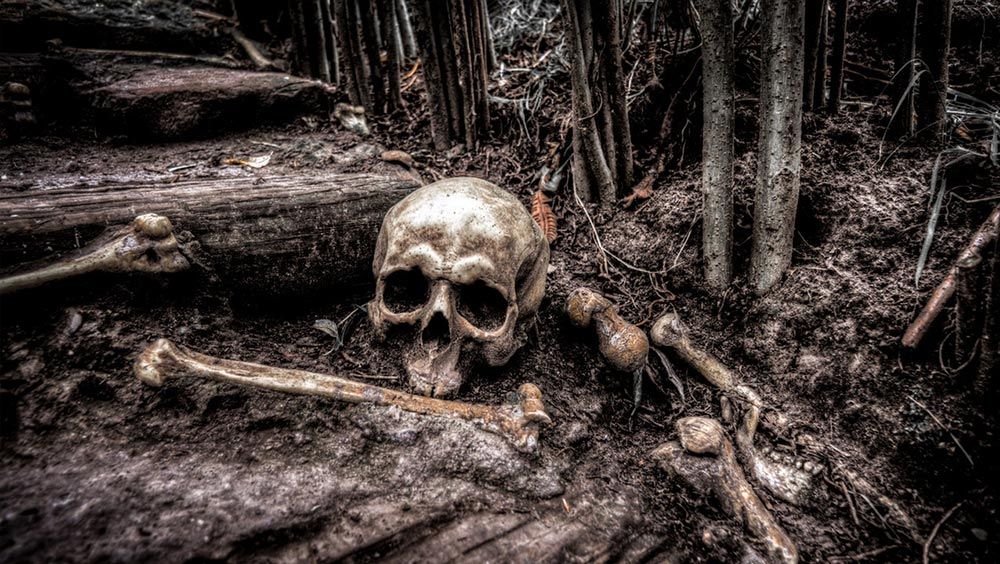 It’s been a while since I’ve shared a Dungeons & Dragons tale. Here’s the first one for 2020! I hope you enjoy the clever workings of a wizard and the unfortunate issues with scheduling campaign sessions.

This story is brought to you by – clever players who also have difficulty with showing up for the next session and thus they leave their party members in a real bind. Seriously though, scheduling the next game is no joke. Everyone has a life these days. Kudos to the DM for making the absence of a player make logical sense in-game. That isn’t always easy. Also, special thanks to Malcolm for sharing this awesome tale!

Being one to collect trophies, it was no surprise to the group as Jaybrion took the orc’s severed head. They had only just entered the dungeon, and already things were getting predictably weird.

“I have a better idea,” Tyratell, the group’s wizard, proclaimed.

Figuring he could have his trophy back later, Jaybrion let the wizard have the severed head. Relinquishing the trophy also meant having hands free for more fighting and more trophies.

As the group watched, Tyratell cleverly cast Mage Hand and sent the gruesome head floating in front of the party.

“Sweet! We can use it to frighten all the monsters, right?”

“Not done yet,” Tyratell said as he began a second spell – Prestidigitation.

As the spell finished, red sparks shot out from the base of the head. Eventually the eyes melted away and sparks flew from the burned-out hollow sockets. True to Jaybrion’s prediction, they used the severed, floating, sparking head to herd all the enemies in the dungeon ahead of them.

Floor after floor they cleared in record time. Word spread among the enemy ranks and soon, the group of adventurers stopped sighting enemies entirely. Without a challenge, Tyratell quickly became bored. Besides that, it was clear there were no items worthy of a wizard to loot. He left in search of better things to do.

Jaybrion scooped up the head as he reclaimed it as his trophy, and the group continued through the dungeon.

They should have called the wizard back. They should have waited for him. They should have known the enemy hadn’t fled but regrouped. They’d killed only one of them, but now, as they entered the lowest level of the dungeon, far from the surface, they encountered the hoard. The monsters were many, and they? They were without their clever wizard. Some of the party survived the battle. None forgot.

Dungeons & Dragons (D&D):A fantasy role-playing game that takes place in a fictional and medieval myth-based world.
GM & DM: This stands for Game Master and is similar to a DM or Dungeon Master. The two titles differ on the type of role-playing campaign that is being played. A GM presides over a d20 campaign while a DM presides over a D&D game. The duties of a GM or a DM are to organize the game. They are the ones in charge of creating the details, the challenges of the adventure, the non-playable characters’ actions; all while maintaining a realistic continuity of events within the adventure.
Prestidigitation:Wizard cantrip for 4th Edition D&D. One of the several effects that can be employed by Prestidigitation is to create a harmless sensory effect, such as a shower of sparks, a puff of wind, faint music, or a strong odor.