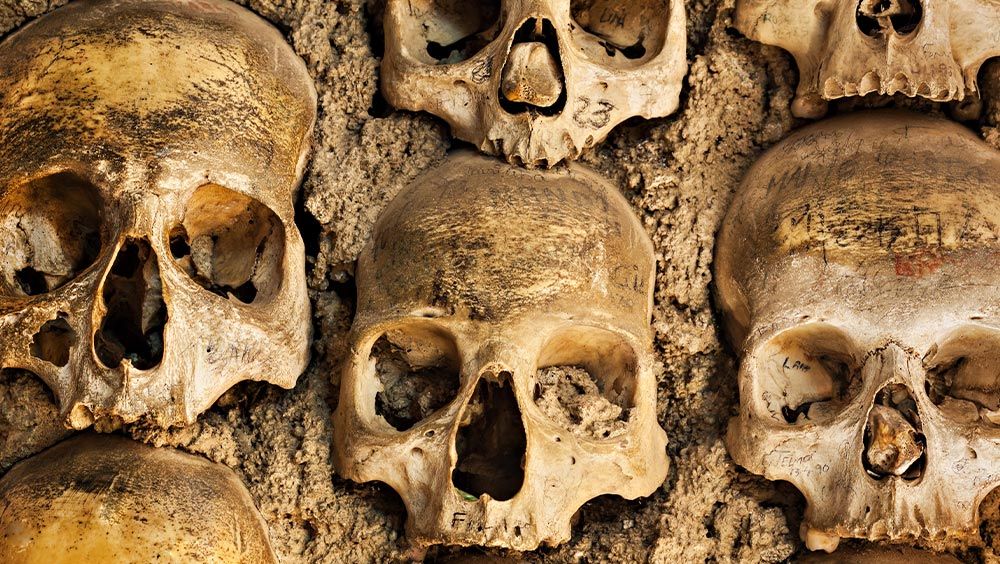 When the paladin rolls low, the party members will play. This week’s blog covers the bad day of a paladin who just couldn’t see the antics of his party. One bad day of perception tuns into another as the party’s task remains incomplete. This week’s tale covers the first day. Stay tuned as next week will cover what happens next.
Until then, I hope you enjoy this snipped from a Dungeons & Dragons campaign, and happy Friday the 13th!

It was no easy thing to leave the safety of home to become an adventurer. Skill, money, armor, and the like were needed to survive in the harsh world. So, when Paladin Aragorn forbade the group from searching the dead for usable loot, the rest of the adventurers paid little attention.

The main reason the party of adventurers were in the crypt was to find an eight-year-old boy. The child belonged to the master of the keep above. Normally, no one would have been foolish enough to sleep in a crypt at night, which is when the dead are most likely to be active, but Lady Lena had her soul sucked from her body and nearly died.

Considering her frail state, the party stayed in the room where she’d collapsed, lest moving her do more harm. Unfortunately, the room they were in lay underground inside a crypt. While her near-death experience would normally have dampened the mood, Gio and Helkara were more than happy to spend the night in the room lined conveniently with stone coffins. As they took first watch, it was Gio who patiently waited for the Paladin Aragorn to fall asleep.

Being a fighter, Gio wasn’t too concerned about fighting off the undead, should they awake. There were six places of rest that he wanted to investigate within the room. Each had a stone slab covering them.

While Gio went for actively disturbing the crypts, Helkara thought that foolish. Instead, she went peering into each of the stone coffins as Gio slid the stone lid off. She also kept an eye on the sleeping paladin. She was more than ready to feign innocence should Aragorn awake.

When she at last spotted something within a coffin, she let Gio know. After Gio looted, he slid the slab back, so Aragorn wouldn’t know what they’d been up to. As he did so, Helkara cast a blessing on the coffin.

The duo successfully searched four of the six places of rest quietly, though on the fourth Gio’s strength began to wane and he nearly dropped the lid. He silently assured Helkara he still had the strength for moving two more slabs and together they moved to the next stone coffin.

All was going well on looting the fifth body when a bony hand grabbed Gio’s hand. A skeleton sat up in the coffin and pointed at Gio. On a breathy wind that seemed to emanate from the risen dead came the word, “Thieves.”

Gio broke free of the skeleton’s grasp and together the two moved across the room. They brushed off dirt, webbing, and anything else that might give them away, then they woke everyone up and said they heard noises across the room, where they clearly had not been.

Aragorn saw that they were on the wrong side of the room to have woken the dead. Seeing nothing out of place, he attacked the skeletons. During the battle, Aragorn remembered the amulet he’d been given and used it to command the skeletons to return to their place of rest. Then he ordered the party to help him in replacing the stone lids on the coffins.

During the fight, two skeletons had been destroyed. After a little investigating, Gio and Helkara noticed they were from the fifth and sixth stone coffins, the only two coffins they hadn’t looted. Aragorn was still working on sealing the first few tombs, so Gio and Helkara motioned to their ranger friend, Winterhawk, to distract the paladin.

Winterhawk was more than happy to do so, and he knew what topic would get the man going – he asked Aragorn about his god. Thrilled to have someone interested in his deity, Aragorn forgot the task at hand and answered Winterhawks numerous questions.

With Aragorn’s back turned, Gio and Helkara finished looting the final two coffins. Rather than ruin their good fortune, they didn’t share with anyone else what they’d been up to during their watch.

The rest of first watch went by smoothly as the dead were left alone. Then it was Winterhawk and Aragorn’s watch. Second shift started out well. Aragorn checked on Lena’s condition while the ranger snuck off to a corner coffin to do some looting of his own. While Aragorn was in good spirits as he believed his party to be obeying his wishes to leave the dead alone, Winterhawk couldn’t believe his luck on Aragorn turning his back on him.

The ranger’s luck didn’t hold out, however. As Winterhawk wedged his dagger into one of the coffins, his blade broke. He stared numbly as he held up his bladeless dagger. When he looked to see if Aragorn had heard the noise, he was happy to see the man still checking on Lena. Joy turned to concern as he heard the breathy wind’s proclamation of, “Thieves.” Pocketing the hilt of his dagger, Winterhawk stealthily returned to his spot with Aragorn none the wiser.

Skeletons arose once more and Aragorn at last noticed the danger. He boldly turned to the amulet for assistance, but it had become cracked (from misuse) and did not work. Dumbfounded as to how the amulet had been damaged, the paladin forgot to wake up his companions. He, along with the others, were abruptly made aware of the danger as Helkara screamed from having a skeleton chewing on her leg.

After defeating the skeletons, Lena awoke and started smashing the bones. The others readily helped her as it meant no further problems. Paranoid that the smashed bones wouldn’t be enough, the party gathered the skeletons, shoved them into one coffin, and put extra stone lids on top.

Third shift went by peacefully as all the coffins had already been looted. Then a new day full of new thieving possibilities began.